Set in remote, exotic Broome in Western Australia, and Hamburg, Dave Warner's seventh and most recent crime novel BEFORE IT BREAKS is the recipient of this year's prestigious NED KELLY AWARD for best Australian Crime Fiction. His debut novel CITY OF LIGHT (1996) won the WA Premier's Award. In the interim Dave has written numerous screenplays for television and film, and various stage shows including the Fringe Musical THE KING AND ME (2015,2016). Dave is also about to release his first major album, WHEN, in over twenty years.

It was music that first brought ‘Suburban Boy’ Warner to public attention as a musician-songwriter with the gold album MUG’S GAME (1978). Indeed Bob Dylan declared Warner his favourite Australian songwriter. Several other albums followed (FREE KICKS, CORRECT WEIGHT, THIS IS MY PLANET, SURPLUS AND DEATH, SUBURBS IN THE 70S).

Warner has also authored six non-fiction titles and a successful series of children’s novels, CHARLOTTE AND THE STARLET.

In 2015 Dave was named a Living Treasure of Western Australia for his contribution to the Arts in that State. He is currently working on his eight crime novel which will bring together his two best known detectives, Dan Clements (Before It Breaks) and Snowy Lane (City of Light) 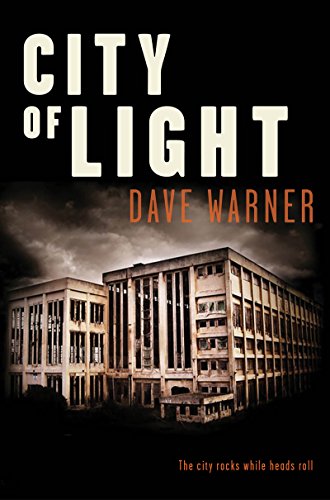 City of Light: The city rocks while heads will roll (Dave Warner crime)

Snowy Lane, preoccupied with a ham sandwich and the odds of making the football team on Saturday, takes the terrible phone call that signals the beginning of a series of events which are to reverberate in his life and shake the city to its foundations … ‘Gruesome’ has taken another victim and the whole population is riveted by the emergence of the dark side of the City of Light.
Buy Kindle Version
Buy Paperback Version 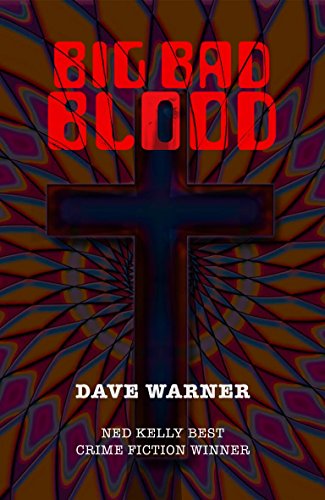 The Moby Dick of Australian crime fiction. Ned Kelly Award Winner (2016) Dave Warner's complex, enthralling (1997) novel twenty years ahead of its time with issues of Church cover ups, transgender, drugs and police corruption in the steamy world of 1965 Sydney: The Beatles on every radio, Tommy Smith and George Moore dominating the racetrack and a psychotic serial killer on the loose. As a teenager Detective Ray Shearer lost his parents in an arson attack on a holiday cottage. Twenty-years on he's still searching for the killer and his life's a mess with a broken marriage and a sullied reputation as a standover man for Sydney's best known criminal George Shaloub. Fate gives Shearer a break: if he can solve the recent murders he can finally get in the Arson squad with a real chance to find his parents' killers. The only person he is close to is his brother Patrick, on a soaring trajectory within the Catholic church and about to be tapped for a prestigious job at the Vatican. Inexorably, Ray's investigations will bring him into conflict with his brother. John Gordon is an idealistic new recruit on the police force with a normal life in the suburbs. All that changes quickly while on the beat in the sex and gambling mecca Kings Cross. First he comes to the aid of a beautiful young woman, Sue Foley, the transgender girlfriend of Shaloub, next he is one of the first on the scene at the brutal murder of one of Shaloub's prostitutes, the first of a series of murders that hark back to an earlier case of a child-killer long dead. Gordon finds himself under Shearer's wing attempting to conduct their private investigation of the serial killings while his private life swirls around sex, drugs and political treachery. Shearer and Gordon are both trapped in a whirlpool of shame, guilt and hate. Only by confronting their own darkest secrets can they find the means to escape. Only by allowing themselves to be baptised in the river of Big Bad Blood can they save or be saved. And Big Bad Blood is a river that twists and plunges and surges when you least expect. For the reader this is the literary equivalent of white-water rafting, relentlessly, powerful, dangerous and unseen currents that will give you the ride of your life.
Buy Kindle Version 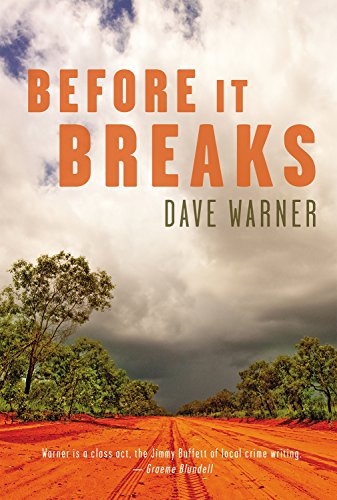 Before It Breaks (Dave Warner crime)

Detective Inspector Daniel Clement is back in Broome, the tropical town where he grew up, licking his wounds from a busted marriage and struggling to be impressed by his new team of small-town, inexperienced cops. But stagnation and lethargy soon give way to a case with urgent purpose. On the edge of the desert, a man is found dead in a crocodile-infested watering hole. And he is only the first. The connection between the victims is elusive, but Clement must pursue it as a decades-old mystery begins to unravel and a monster cyclone brews on the horizon.
Buy Kindle Version
Buy Paperback Version
Scroll to top