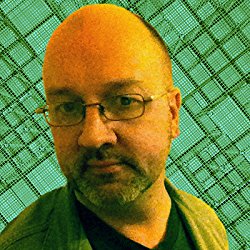 Most of his childhood was spent in the Adelaide Hills, before moving to Melbourne. There he achieved a bachelor's degree in civil engineering at the University of Melbourne in 1993. After several years working on remote outback construction sites in Western Australia, and extensive travel in Africa and Europe in 1995, he settled back in Melbourne taking up a career in marketing and corporate communications. He moved to Adelaide in 2005 where he now lives with his wife and daughter.

David published his first professional story Vanishing Curves in the Book of Dark Wisdom in 2004 and his first novel, The Spiraling Worm co-authored with United States horror writer John Sunseri, was published by Chaosium in 2007. The novel went on to receive an Honourable Mention for Best Australian Horror Novel in the 12th Annual Aurealis Award and the 2007 Australian Shadows Award.

His science fiction short stories have been nominated for the Aurealis Award, the Australian Shadows Award, the Ditmar Award and the Aeon Award, the last presented by the Irish speculative fiction magazine Albedo One. In 2007 he won the Australian Horror Writers Association's Flash Fiction Award for his story Homo Canis and in 2011 won the Short Story category for the same award for Winds of Nzambi co-authored with David Kernot.

Between 2004 and 2007, David was the Associate Editor of the Book of Dark Wisdom. At the same time he was writing and editing role-playing games, predominately for the Call of Cthulhu setting, based on the works of H. P. Lovecraft and published by Chaosium Inc. He is currently a reviews editor and interviewer with Albedo One. 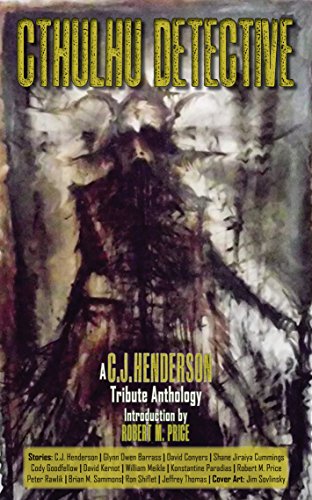 C.J. Henderson is widely regarded as the father of hardboiled occult detective fiction. His private eyes went head-to-head with the horrors of the Lovecraftian mindscape. Their weapons were fist cuffs, .45s, wise-cracks and harsh language. On occasions they got knocked down by a tentacle or two, but they got back up again, bruised and battered perhaps, and they kept on fighting. They were the first Cthulhu Detectives… In July 2014, C.J. Henderson tragically lost his battle with cancer, but his influence has not dwindled, and many writers today have followed in his tradition. Cthulhu Detective brings together 12 tales of the new occult investigators written by many of today’s best known Cthulhu Mythos authors. Spies, soldiers, private eyes, bounty-hunters, thieves, adventurers and police officers, all taking on the monsters and madmen in an uncaring universe. Cthulhu Detective features fiction from C.J. Henderson, Glynn Owen Barrass, David Conyers, Shane Jiraiya Cummings, Cody Goodfellow, David Kernot, William Meikle, Konstantine Paradias, Robert M. Price, Peter Rawlik, Brian M. Sammons, Ron Shiflet, and Jeffrey Thomas, with an introduction from Robert M. Price. All earns from this anthology go to support C.J.’s family. Included in this collection is a never before published C.J. novella, “The Temporal Deception” co- written with David Conyers.
Buy Kindle Version
Scroll to top