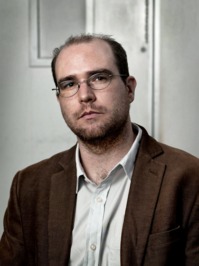 His breakout trilogy, The Hunt for Pierre Jnr, is fast like a comic book, strange as an anime and set in as complex a world as the one we live in today (but 150 years in the future!). Fifty years after a second dark age that nearly destroyed humankind, the World Union is now confronted with a new threat that doesn’t just challenge their survival but also the nature of life and civilisation itself. Henley’s world explodes with ideas about humanity and what is changing between the possible and the impossible. 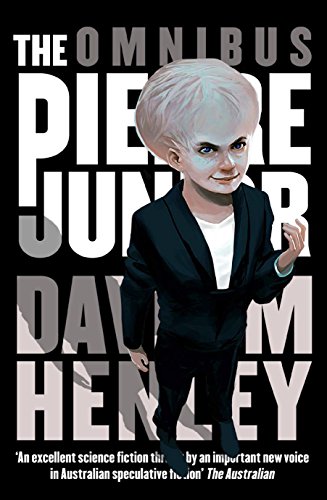 Eight years ago, Pierre Junior was born out of a psionic enhancement program. He escaped immediately after his birth and all attempts to find him failed. Now Pierre is back . . . and he’s taking over the world, one mind at a time. The Pierre Junior Omnibus tells the story of a psionic messiah with unlimited telepathic and telekinetic powers who leads a rebellion that will either unite humanity or destroy it forever. Praise for Pierre Junior ‘. . . a complex novel full of new scientific concepts, big ideas, an epic arc and a wide range of characters . . . Threads and ideas that have been developed across three novels converge to produce a well-crafted and satisfying conclusion. He is not an author who leaves the big questions unresolved, but pleasingly unravels the mysteries one by one.’ The Australian ‘David M Henley has created a trilogy that is both deeply complex and highly enjoyable. Every chapter, divided up with either lines of worship or warnings about Pierre Jnr, is a twist of the ethical knife. Be it influenced by The Will of the people, manipulation by the Psi’s or by Pierre Jnr himself, or pure self-interest, each decision that must be made is a hard one. It makes the reader ponder their own reaction to the situation and ask themselves what the right choice really is.’ www.mariannedepierres.com ‘This is not just a grim depiction of what our future might look like; it’s so natural (if dire) a progression that, once pointed out, it becomes hard to envisage a different scenario.’ buzzymag.com
Buy Kindle Version
Scroll to top