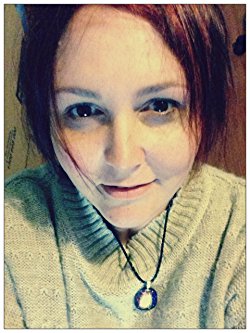 Delia Strange lives in Brisbane, Australia with her husband, young daughter and two cats that she adopted from a rescue organisation.
Delia has always geeked out over fantasy and science fiction. As a child she was a fan of the old black and white 'Twilight Zone' TV series, introduced by Rod Serling. Nowadays she's hooked on 'Black Mirror'. Her favourite childhood story is 'The Steadfast Tin Soldier' by Hans Christian Anderson because while reading it she learned not only do tales not have to end happily ever after, but stories can also have the power to bring a reader to tears.
Delia's short stories have been published in several magazines and anthologies over the course of her writing career. Her debut novel, Femme, was published in May 2014 and is a romantic dilemma about a naive young woman who travels to a futuristic world. She is currently writing an eight book series called 'Wanderer of Worlds' that she has discussed and planned with her best friend and co-author - Linda Conlon - for over twenty years. 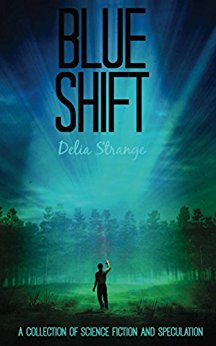 A collection of science fiction and speculation, containing one novella, seven short stories and a duo of flash. Second Life is a sci-fi mystery involving terrifying dreams, new moons and sentient lights. Fortune warns about future dangers. Dot Matrix is set in an advanced medical lab with surprising result. Air Fire Water Earth is a four part story in reverse. Mecca is a prologue to the Femme novel. Pure; when the whole world is crazy, is it them or is it you? Mirror is a speculative horror story about getting a great deal and The Song was the winning entry at the River City Writers' Conference Short Story Competition.
Buy Kindle Version
Buy Paperback Version 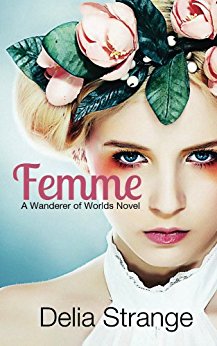 Femme: A Wanderer of Worlds Novel

Kaley Blackburn is sent to Femme in her final year of Future Tech studies. The world is a socialist utopia of low crime, great health and advancements in technology that leave other worlds envious. It is a fantastic place to visit if you're a woman. Men, on the other hand, are the slaves that tend to all feminine desires. Kaley knew about the world’s culture of slavery but never had to face it until she is assigned a slave, Mecca, for the duration of her stay. Mecca is handsome, intelligent and obedient but every answer he gives to Kaley's questions only feed her growing concerns. Does Femme hide an ugly truth beneath its beautiful surface and can she trust her feelings for a man whose sole duty is to make her feel special?
Buy Kindle Version
Buy Paperback Version 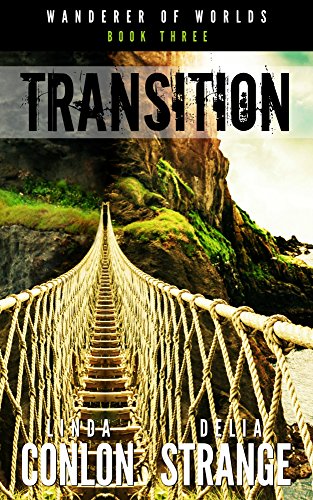 Daeson and Synjan leave the world of Trent and land in J’Bdyamn, a tropical paradise. Removed from modern comforts, they are discovered by the Mukake tribe and welcomed into an imposing cliffside village. Daeson’s fear of heights and Synjan’s inability to communicate using the melodious native language have them struggling to adapt... and the Portal is an impossible distance away. Hawke arrives the next world over, on Femme. He is paired with a Wanderer Clairvoyant whose messages make no sense – especially when she starts predicting Hawke’s own future. Unnerved and isolated in a world that would prefer to enslave him rather than help him, Hawke is forced to wait for Synjan and Daeson to arrive. Unaware of the storm brewing in their wake, Daeson and Synjan are forced to confront their pasts, accept their differences and decide their futures before the war they’ve inadvertently stepped into erupts around them.
Buy Kindle Version
Buy Paperback Version 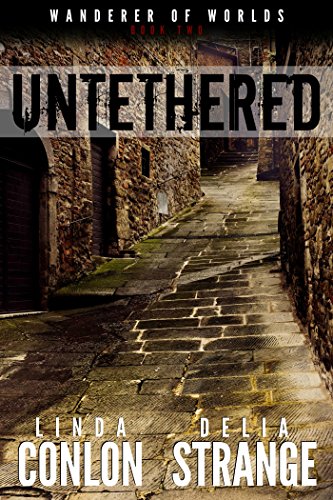 Synjan and Daeson meet by chance in the back alley of the Queen. Their short discussion reveals that they have been purposefully kept apart but to what end, neither of them know. Daeson spends the day at the Queen seeking information about Synjan while she infiltrates the Authority base at its most chaotic - minutes after a terrorist attack. They both make shocking discoveries that lead to the death of friends and Daeson has to reveal his Healer ability in order to save a stranger. Once Hawke turns thirteen, he is considered mature enough to return to his home world on the proviso that he keeps the secret of other worlds. His sponsor, Cayden, acts as his guide and travelling companion and Hawke discovers that going back home isn't what he expected. As his fourteenth birthday looms, Hawke is under increasing pressure to make a decision that will impact the rest of his life. He finds a way to exact revenge on those who've made his life difficult at Willets Academy, makes a connection with one of Cayden's contacts and reaches out to Ellis. When the Hunter arrives to join the chase, he finds his prey has already been captured but he learns something about the imprisoned Wanderer nobody expected. On return from his mission he takes the time to revisit the woman who's haunted him for years... and realises he has a lot to say to her.
Buy Kindle Version
Buy Paperback Version 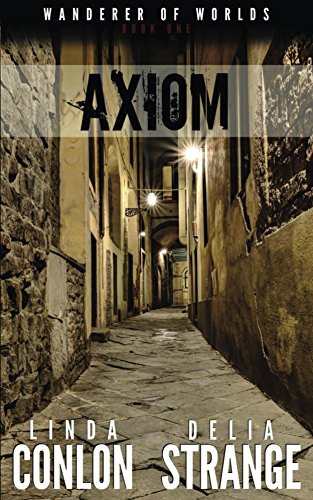 Daeson of Cloverlea has the ability to know when people are lying. He thinks his gift makes life simple except he can still be deceived. Forced out of his home and lured out of his world, Daeson finds himself trapped in a city where he doesn’t understand the language and everyone is hostile. Synjan Walker is a fixer. She’s the person relied upon to solve the problems that crop up in the criminal underbelly of Gredann. She is strong-minded, capable and loyal to a fault. If the Authorities ever manage to arrest her for her crimes, she wouldn’t go to prison but to a laboratory. She is a Wanderer Navigator and the Authorities would love to get their hands on her blood. Hawke Aron of Donovan Court is destined for a mundane noble existence but his desire to rebel puts him in the sights of a rogue group of Wanderers. Torn from his home, he discovers that he has Wanderer blood too. By the time he learns to control his power, he is at the mercy of a more ruthless enemy. The Authorities are innovators, technological giants and tireless explorers. Beneath a veil of good intentions, they seek absolute control; every world, every resource, every government must bend to their will. They are the gatekeepers, allowing only the wealthy and elite to travel interworld via their manufactured portals. Wanderers have no respect for order, no understanding of the biological warfare their illegal travel heralds. Those who defy Authority rule do so at their own risk… gambling with their lives.
Buy Kindle Version
Buy Paperback Version
Scroll to top