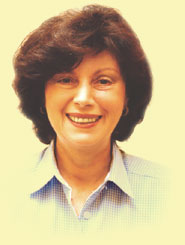 Diane was born in Poland and arrived in Australia in 1948.
At the age of seven she decided to become a writer. Her first article, about teaching at a Blackboard Jungle school in London, was published in The Australian Womens Weekly in 1965. Diane subsequently became a freelance journalist, and over three thousand of her investigative articles, personal experience stories, profiles and travel stories have been published in newspapers and magazines such as Readers Digest, Vogue, The Bulletin, Harpers Bazaar, The Australian, The Sydney Morning Herald, Good Weekend, and The Age. Her articles have also appeared in major publications in the UK, Canada, Poland, Hong Kong, Hungary, Holland and South Africa.

Over the years she has received numerous awards for journalism, including the Pluma de Plata awarded by the Government of Mexico for the best article written about that country, and the Gold Award given by the Pacific Asia Tourist Association. In 1993 she received an award for an investigative article about Creutzfeld-Jakob Disease. In 1998, she received the George Munster Award for Independent Journalism.

That year her first book was published by Random House. Mosaic, a Chronicle of Five Generations, is a family saga. It was nominated for the Victorian Premier’s Literary Award for Non-Fiction as well as for the National Biography Award. In 2001 it was published in the United States and Canada by St Martin’s Press, and was selected as one of the year’s best memoirs by Amazon.com.

In 2000 she received her second grant from Australia Council. The Voyage of Their Life, the Story of the SS Derna and its Passengers, was published by HarperCollins, and was shortlisted in the NSW Premier’s Literary Awards.

Her first novel Winter Journey was published by HarperCollins in 2004 and was shortlisted for the Commonwealth Writers' Literary Award. It has been published in Poland.

Diane is married to Sydney medico and photographer Michael Armstrong, and has two children, Justine and Jonathan. She is a member of the Australian Society of Authors, the Society of Women Writers and The NSW Writers' Centre. 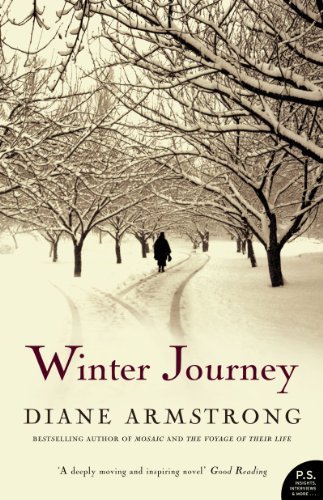 Diane Armstrong's bestselling fictional debut A mother's silence, a village with a terrible secret, and an Australian woman who travels to Poland to uncover the truth ... When forensic dentist Halina Shore arrives in Nowa Kalwaria to take part in a war crimes investigation, she finds herself at the centre of a bitter struggle in a community that has been divided by a grim legacy. What she does not realise is that she has also embarked on a confronting personal journey. Inspired by a true incident that took place in Poland in 1941, Diane Armstrong's powerful novel is part mystery, part forensic investigation, and a moving and confronting story of love, loss and sacrifice. 'A deeply moving and inspiring novel' GOOD READING 'A bold adventure of a novel ... Here is a consummate writer at the top of her form. A fine fictional debut from a writer who's already made her mark' CANBERRA tIMES 'Profoundly moving, compelling and superbly written' AUStRALIAN WOMEN'S WEEKLY
Buy Kindle Version
Buy Paperback Version
Scroll to top