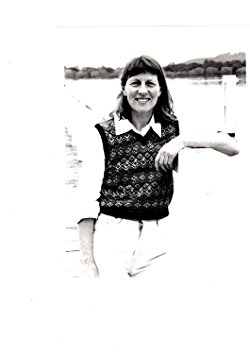 Dorothy Johnston is an award-winning Australian author of literary and crime novels, and short stories. She is known for her interest in the subject of prostitution. Her first novel, 'Tunnel Vision' is set in a Melbourne massage parlour and she has returned to the subject in recent years, notably in her novels, 'The House at Number 10' and 'Eden' - the third book in her Sandra Mahoney mystery series - and in her short story collection, 'Eight Pieces On Prostitution'. She lived in Canberra, Australia's national capital for thirty years, and she has written widely about that experience as well. 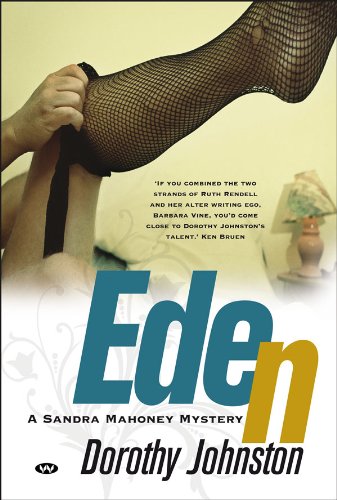 Eden Carmichael, a politician, is found dead in a brothel on a hot afternoon. Sandra Mahoney mulls over a demeaning photograph showing Carmichael in a dress and blonde wig. When a lobby group asks her to investigate a company producing filters for the internet, Mahoney is surprised to discover a trail that others have ignored. "Eden" shows Mahoney and her creator, Dorothy Johnston, at their most assured and accomplished yet. "If you combined the two strands of Ruth Rendell and her alter writing ego, Barbara Vine, you'd come close to Dorothy Johnston's talent." - Ken Bruen, author of "The Guards". Dorothy Johnston's first two Sandra Mahoney novels, "The Trojan Dog" and "The White Tower" (Wakefield Press) have been published in the USA by St Martin's Press. Her novels "The House at Number 10" and "One for the Master", which was shortlisted for a Miles Franklin award, are also published by Wakefield Press.
Buy Paperback Version 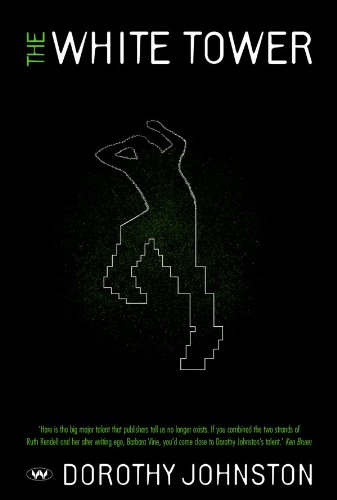 Jumpers," McCallum was saying. "Jumpers are - well, in my experience jumpers are always badly disturbed. They choose to jump because it's so violent." Niall Howley has been spending night after night playing an interactive computer game when he's found dead at the bottom of the Telstra tower in Canberra. From a graphic left on his computer, it is apparent that his actual death mimics in an eerie way the death already scripted for him in the game. The police and the coroner call it suicide, but Niall's mother hires Sandra Mahoney, computer crime consultant, to help her understand what has really happened. This is the second book in Dorothy Johnston's crime series following "The Trojan Dog", which was joint winner of the 2001 ACT Book of the Year and won the "Age" Best of 2000 in the Crime section. Johnston's "One For The Master" (Wakefield Press 1997) and "Ruth" (1986) were short-listed for the Miles Franklin Award. "If you combined the two strands of Ruth Rendell and her alter writing ego, Barbara Vine, you'd come close to Dorothy Johnston's talent." - Ken Bruen, author of "The Guards
Buy Paperback Version
Buy Hardback Version 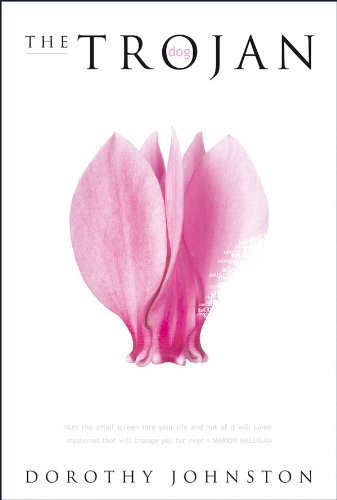 I should ask your department's accountant whether he's missing nine hundred thousand bucks." This is the anonymous message that will change Sandra Mahoney's life. When a powerful but unpopular bureaucrat is accused of theft and computer fraud, Sandra is convinced that the charge is false. But how to track down the culprit when almost anyone could be an enemy? In her search for the truth, Sandra finds herself in a battle of wits against an elusive and unscrupulous opponent, a battle in which no-one's allegiance can be taken for granted. In the first of a remarkable new series, Dorothy Johnston has produced a compelling story of computer crime, loyalty and betrayal against the backdrop of a city - and a country - on the cusp of political change.
Buy Paperback Version
Buy Hardback Version 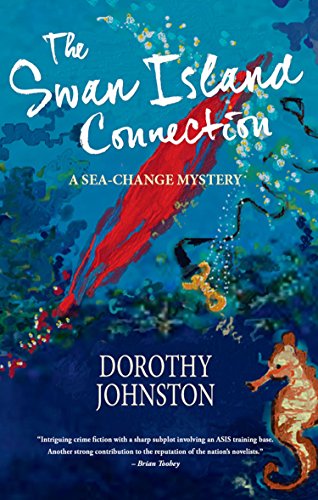 All children were a mixture of innocence and guile, Chris Blackie thought, but the innocence had been squashed out of Boby McGilvrey unnaturally young. A shocking murder rocks the quiet coastal Victorian town of Queenscliff, a place where police work usually entails minor traffic infringements and dealing with the occasional Saturday night drunk. Local senior constable Chris Blackie and his deputy Anthea Merritt fully expect a murder investigation to be handled by the Criminal Investigation Unit based in Geelong. But they're blind-sided by the interest shadowy figures from the secret military training base on nearby Swan Island take in the case. Consigned to the edges of the investigation and fearing an imminent wrongful conviction, Chris and Anthea defy their superiors to follow their own lines of enquiry - at great personal risk. A worthy addition to Dorothy Johnston's sea-change mysteries, The Swan Island Connection follows on from Through a Camel's Eye, once again bringing Queenscliff to life.
Buy Kindle Version
Buy Paperback Version
Scroll to top