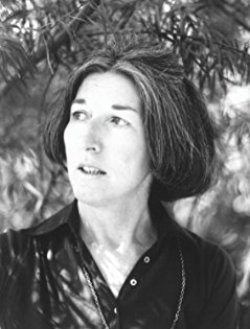 Elizabeth Harrower was born in Sydney in 1928. She lived in Newcastle until her family moved back to Sydney when she was eleven.

In 1951 Harrower traveled to London and began to write. Her first novel, "Down in the City," was published there in 1957 and was followed by "The Long Prospect" a year later. In 1959 she returned to Sydney, where she worked in radio and then in publishing. Her third novel, "The Catherine Wheel," appeared in 1960.

Harrower published "The Watch Tower" in 1966. Four years later she finished a new novel, "In Certain Circles," but withdrew it from publication at the last moment, in 1971. It remained unpublished until 2014. "In Certain Circles" is Harrower's final completed novel, though in the 1970s and 1980s she continued to write short fiction. She is one of Australia's most important postwar writers. She was admired by many of her contemporaries, including Patrick White and Christina Stead, who both became lifelong friends. Her novels are now being acclaimed by a new generation of readers. 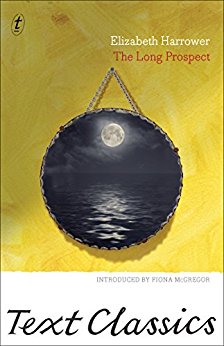 Sharply observed, bitter and humorous, The Long Prospect is a story of life in an Australian industrial town. Growing up neglected in a seedy boarding house, twelve-year-old Emily Lawrence befriends Max, a middle-aged scientist who encourages her to pursue her intellectual interests. Innocent Emily will face scandal, suburban snobbery and psychological torment. Originally published in 1958, The Long Prospect was described as ranking second only to Patrick White's Voss in postwar Australian literature. This edition has an introduction by Fiona McGregor. Elizabeth Harrower was born in Sydney in 1928. Her first novel, Down in the City, was published in 1957, followed by The Long Prospect a year later. In 1960 she published The Catherine Wheel, the story of an Australian law student in London. The Watch Tower appeared in 1966. She is without doubt among the most important writers of the postwar period in Australia. Fiona McGregor is the author of five books, her most recent novel Indelible Ink winning the Age Book of the Year award. She writes essays and reviews, and is working on another novel. She is internationally known as a performance artist, completing the epic Water Series at Artspace, Sydney, in 2011. fionamcgregor.com textclassics.com.au textpublishing.com.au
Buy Kindle Version
Buy Paperback Version 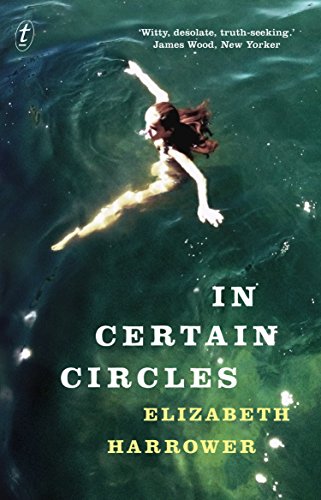 Winner, Voss Literary Prize, 2015. In Certain Circles is the long-lost final novel by the internationally acclaimed author of The Watch Tower. Zoe Howard is seventeen when her brother, Russell, introduces her to Stephen Quayle. Aloof and harsh, Stephen is unlike anyone she has ever met, a weird, irascible character out of some dense Russian novel. His sister, Anna, is shy and thoughtful, a little orphan. Zoe and Russell, Stephen and Anna: they may come from different social worlds but all four will spend their lives moving in and out of each other's shadow. Set amid the lush gardens and grand stone houses that line the north side of Sydney Harbour, In Certain Circles is an intense psychological drama about family and love, tyranny and freedom. Elizabeth Harrower was born in Sydney in 1928. Her first novel, Down in the City, was published in 1957, followed by The Long Prospect a year later. In 1960 she published The Catherine Wheel, the story of an Australian law student in London. The Watch Tower appeared in 1966. She is without doubt among the most important writers of the postwar period in Australia. 'In Certain Circles [is] a pin-sharp psychological drama about two pairs of siblings, set on the shores of Sydney Harbour. Harrower's searing, spare prose is breathtaking, as is her depiction of dashed promise and the gulf between the sexes.' Di Speirs, BBC Radio Books Editor 'Harrower was right about In Certain Circles being well written, but surely wrong to take its superb style for granted, as if mere literary muscle memory. Like the rest of her work, the novel is severely achieved: the coolly exact prose cannot be distinguished from the ashen exhaustion of its tragic fires...The book belongs with her best work, with The Watch Tower and The Long Prospect...[It] is more explicit than Harrower's earlier work about ideological tensions between men and women. It is also broader in scope and not as angry - wiser and less hopeless.' James Wood, New Yorker 'Harrower can pierce your heart.' Michael Dirda, Washington Post 'Harrower evokes the waste and futility of a decadent class with all the bite and poignancy of F Scott Fitzgerald.' Eimear McBride, New Statesman 'A scandalously overlooked writer.' Michelle de Kretser 'She is brilliant on power, isolation and class.' Ramona Koval, Australian 'In Certain Circles is subtle yet wounding, and very much alive.' Guardian Australia 'Reading In Certain Circles gave me the thrill that only comes from the work of a major novelist.' The Conversation 'Harrower's sparse prose is best read with careful concentration; it's easy to miss a brilliant observation or an original turn of phrase... An Australian novelist of extraordinary talent.' Readings 'Her insights into the nature of love, the role of women and the torsions of power in even the most ordinary relationship are bitter and sometimes cruel, wielded in the way that acute honesty may be, like a whip. Yet they are always delivered via the honeyed dipper of her prose.' Geordie Williamson, Monthly 'A coup...weirdly thrilling line by line...[its] dense and adult conversation crackles with a sense of moral urgency.' Delia Falconer, Australian ‘Masterful writing…this is a book that demands reading on its own terms, for its unflinching prose and the surgical precision with which it dissects these intertwined lives encircled by their differences.’ Newtown Review of Books ‘Harrower’s lost novel seems like a revelation, an insight into an Australian writer who is world-class and it is thrilling to discover her.’ M/C Reviews
Buy Kindle Version
Buy Paperback Version
Buy Hardback Version 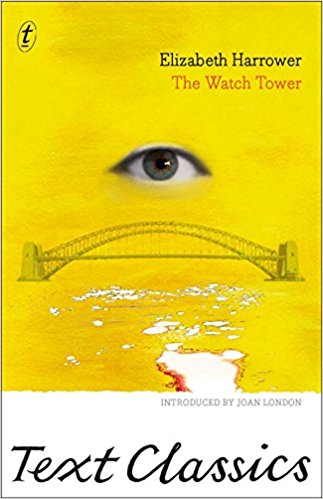 After Laura and Clare are abandoned by their mother, Felix is there to help, even to marry Laura if she will have him. Little by little the sisters grow complicit with his obsessions, his cruelty, his need to control. A novel of relentless and acute psychological power, from one of Australia's greatest writers.
Buy Kindle Version
Buy Paperback Version 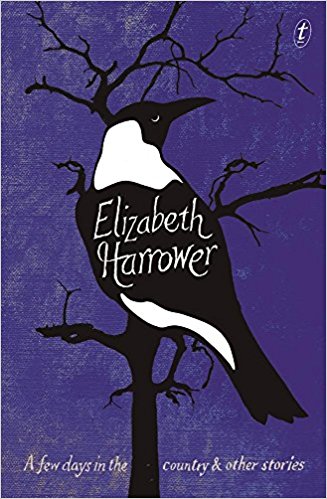 A Few Days in the Country: And Other Stories

The short story, with its tight formal constraints, proves to be a fruitful medium for Harrower's Gothic sensibilities. At the same time, she uses the short form to offer her imprisoned characters a glimpse of freedom—even if the cynical reader will recognize that the promise of escape is ironic…Artful short-form fiction best for Harrower's dedicated fans.’—Kirkus ‘I can’t recommend this brilliant, austere writer strongly enough...Harrower is funny and elegant and devastating.’—James Wood, New Yorker‘Wide-ranging in mood and style, this is a virtuoso but warm-hearted display of the genre.’—The Lady [UK] ‘These are wise and serious stories about deep feelings. Harrower is one of those writers you can't believe you've missed – but what a joy to discover her.’—Daily Mail [UK] ‘Watchful, witty, unillusioned, exultant...There’s a note of elegy in all of Harrower's work, even as the adrenaline flows, and a lyricism reminiscent of F. Scott Fitzgerald at his desperate best.’—Times Literary Supplement ‘Harrower can pierce your heart.’—Michael Dirda, the Washington Post ‘Utterly hypnotic.’—Eimear McBride, author of A Girl is a Half-formed Thing ‘Like a treasure from an unearthed time capsule....Harrower’s fearsome objectivity and her bristling, beautiful prose come from modernist masters like Katherine Mansfield and Elizabeth Bowen.’—The Wall Street Journal Internationally acclaimed for her five brilliant novels, Elizabeth Harrower also wrote a number of extraordinary short stories. Some have been previously published, but others are released here for the first time. A Few Days in the Country is a stellar collection, which underlines Harrower's standing as one of the great post-war Australian writers. Elizabeth Harrower is the author of Down in the City, The Long Prospect, The Catherine Wheel, and The Watch Tower—all republished as Text Classics—and In Certain Circles, which was published in 2014 and in early 2015 was a BBC Radio 4 Book at Bedtime.
Buy Kindle Version
Buy Hardback Version
Scroll to top