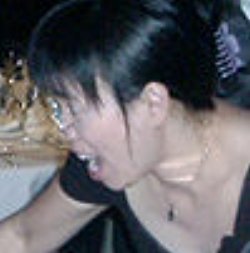 Enid Wilson writes sexy romance in modern, historical, paranormal and science fiction genres. Enid's novels have received several top reviews. Wilson's Bargain with the Devil has been ranked in the top 50 best-selling historical romances on Amazon USA, Really Angelic in the top 30 best-selling Regency romances on Amazon Canada and My Darcy Mutates in the top 21 romantic short stories on Amazon UK, Fire and Cross in the top 30 British detective stories.
Enid loves food, Pride and Prejudice, travel and tennis. She has a Masters degree in Arts. She works in advertising and lives in beautiful Sydney. 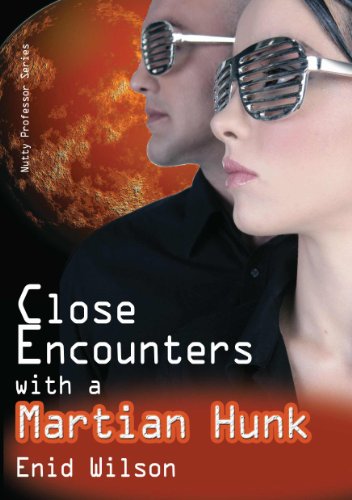 “Martian pure clones shouldn’t have human urges! Are you a fake?” Hunky Martian Eric Dark excels at being calm and collected. However, his first meeting with petite Earth woman Sophia Wilkinson is anything but. “You’re not tall enough, according to Martian standards.” Besides being insulted by the cold Martian, Sophia has to endure his suddenly roving hands. What’s wrong with the handsome Martian? An attack by some mercenary soldiers from Jupiter throws Dark and Sophia together, fueling their sexual attraction. And a medical procedure activates Dark’s special talent, ensuring the pair to throw away their initial prejudice in favor of some hot kisses and a lifetime of bliss.
Buy Kindle Version 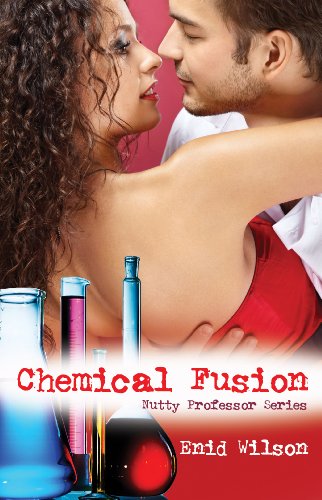 At the age of 30, billionaire scientist Nathan Dark aims to tick another box in his life plan by finding a wife and settling down. But a publicrelations snafu makes it sound as if he is a virginal ‘nutty professor’ advertising for a wife. A recent university graduate, gifted chemist Elissa Young is seeking research opportunities and life experience, intending to experience plenty of both before she will even consider getting married. But a violent break-in at the lab and a kidnapping bring them together. Will feisty Elissa fall in love with the arrogant mad scientist?
Buy Kindle Version 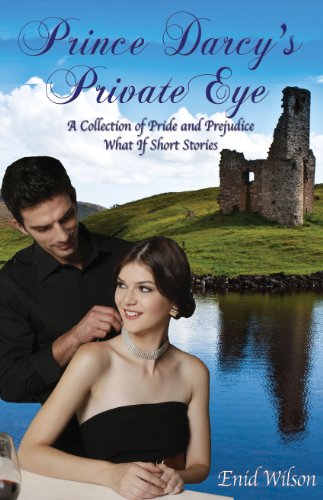 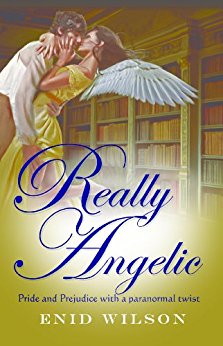 In Pride and Prejudice, Jane Austen mentioned angels several times. What if there were real angels inhabiting England then? In this spicy tale of Austen's historical novel, the romance of Fitzwilliam Darcy and Elizabeth Bennet takes on a bumpy paranormal twist. Challenged by the intervention of demons and deities, can our favourite couple find the strength to forge their love? Will Mr. Darcy and Elizabeth overcome pride as well as prejudice, and find each other? This steamy, emotional Pride and Prejudice retelling will take fans of the perennial favorite on an exhilarating journey that transcends dimensions.
Buy Kindle Version
Buy Paperback Version 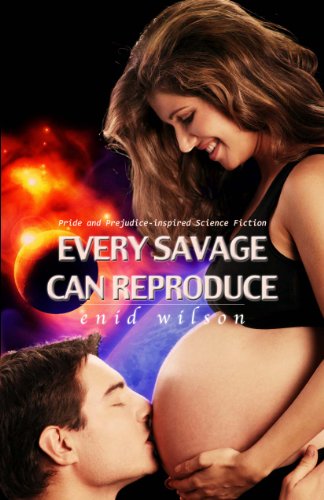 Every Savage Can Reproduce

In the futuristic society on Planet Earth, Elizabeth Bennet is accused of luring Fitzwilliam Darcy to an illegal establishment, which leads to their exile deep in the centre of a rebel planet. The subsequent galactic war exposes dark secrets regarding the autocratic Queen Immortal. Will Elizabeth and Darcy discover their love for one another and find their way back to Earth? Set in the 39th Century, this novel is a tale of Pride and Prejudice-inspired science fiction, where Jane Austen’s characters take on new lives but still face the barrier of class distinction and seek to overcome their faults, as in the original classic.
Buy Kindle Version
Buy Paperback Version 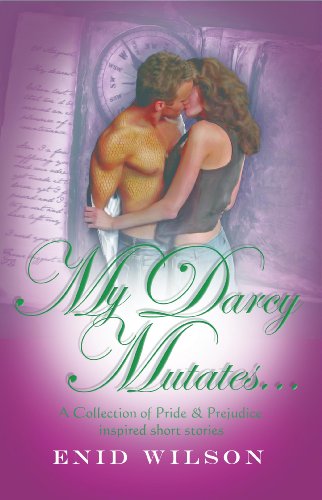 What if old Mr. Darcy was still alive... What if Mr. Darcy had a rakish soul? What if Netherfield Park was haunted? What if action of Pride and Prejudice had played out in Egypt? This collection of 14 short stories contains sexy, over-the-top "pick-me-up" stories across the historical, fantasy and modern genres. Some may call the stories wild and say that they bear no resemblance to the original, but Wilson finds Miss Austen's characters timeless and inspirational.
Buy Kindle Version
Buy Paperback Version 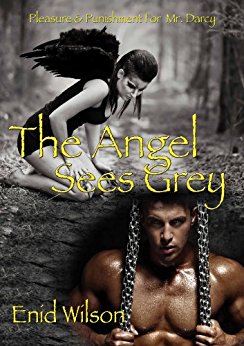 The Angel Sees Grey: Pleasure and Punishment for Mr. Darcy

A steamy, bold and erotic paranormal story that re-paints Jane Austen’s characters in urban fantasy colours. When avenging angel Elizabeth mistakenly whips one honest billionaire Darcy on earth because she confuses the colour of grey and charcoal, her boss sent her down from heaven as a punishment to serve Darcy for one earth life. Darcy wakes up to find himself with wounds possibly sustained in a kinky sex game he has no memory of. When Nurse Bennet arrives, looking similar to the woman he last remembers before his injury, Darcy suddenly develops lusty thoughts about his private nurse. With the power struggle in heaven between two gods and his nude photo in the tabloid, Darcy finds himself wanting to get Elizabeth in his bed and deal her all sort of kinky punishment. Does Darcy only lust after Elizabeth or does he have deeper feeling for her? Will the dark forces push Darcy to his beastly urges and hurt Elizabeth?
Buy Kindle Version 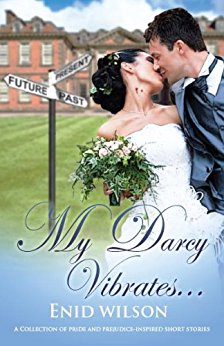 My Darcy Vibrates...: A Collection of Pride and Prejudice-inspired steamy short stories

What if Darcy was an immortal? What if Mr. Darcy had certain urges? What if Elizabeth professed her feelings to Mr. Darcy first? What if Elizabeth was rumoured to be in love with Mr. Wickham? What if Mr. Darcy’s dead parents intervened? This collection of over 20 short stories contains sexy, over-the-top "pick-me-up" stories across the historical, fantasy and modern genres. They are not for the faint-hearted. Some may call the stories wild and say that they bear no resemblance to the original, but Wilson finds Miss Austen's characters timeless and inspirational.
Buy Kindle Version
Buy Paperback Version 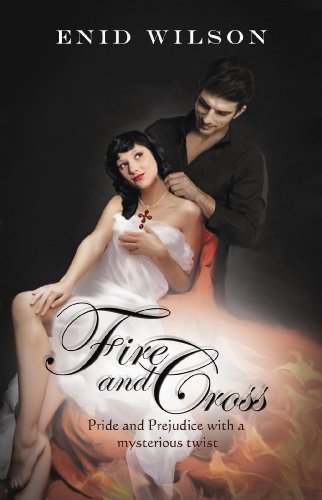 Fire and Cross: Pride and Prejudice with a mysterious twist

The combination of a lethal blaze and a garnet cross have ensured that ever since he was a boy, Fitzwilliam Darcy’s future is promised to an unknown lady. With danger looming from a suspected spy, and with murder close at hand, will Mr. Darcy cross paths with Elizabeth Bennet and win her affections? Mr. Darcy’s journey to overcome his pride and find eternal love in Pride and Prejudice takes on a mysterious twist. This sexy what-if Regency story, told from Darcy’s viewpoint, explores the demands of family members and other involved parties. Fire and Cross takes this perennial favorite in another direction, bursting with overpowering emotion and surprising plot twists.
Buy Kindle Version
Buy Paperback Version 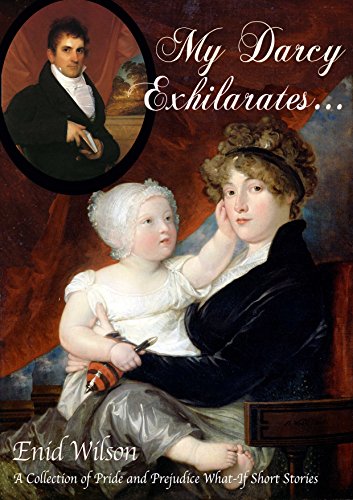 My Darcy Exhilarates...: A Collection of Pride and Prejudice What-If Short Stories

What if Mrs. Darcy ran away from home? What if Elizabeth was fit for Bedlam? What if Mr. Darcy did not attend the Meryton Assembly? What if Elizabeth confronted Mr. Bingley about leaving Jane? What if a young maid caused havoc for the Darcys? This collection of seven Regency what-if short stories contains sometimes sexy, sometimes heart warming and sometimes over-the-top ‘pick-me-up’ tales. Some may call the stories wild and say that they bear no resemblance to the original, but Wilson finds Miss Austen's characters timeless and inspirational.
Buy Kindle Version
Buy Paperback Version 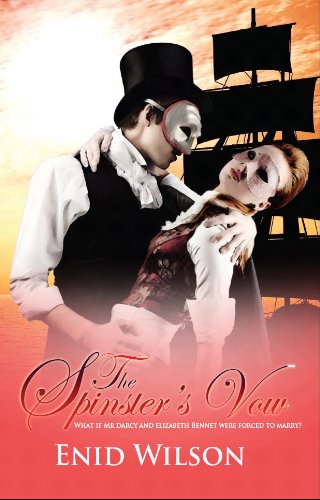 The Spinster's Vow: A Spicy Retelling of Mrs. Darcy's Journey to Love

What if Mr. Bennet went missing and the Bennet women had to leave Longbourn? In this intriguing refashioning of Jane Austen’s classic, Mr. Darcy meets a melancholic but spirited Elizabeth Bennet who has vowed to remain a spinster until she finds her father. A debauchery at a masquerade forces the couple to marry. Will Elizabeth resent Mr. Darcy’s arrogance, which forced her to break her vow? Will she find her father, with his help? This sexy and inventive Pride and Prejudice what-if story, set just after the Napoleonic Wars, takes the perennial favorite in a new direction with captivating plot twists and passionate romance. Enid Wilson loves sexy romance. Her writing career began with a daily newspaper, writing educational advice for students. She then branched out into writing marketing materials and advertising copy.
Buy Kindle Version
Buy Paperback Version

Bargain with the Devil

In Jane Austen's Pride and Prejudice, Fitzwilliam Darcy learns of the debacle involving Elizabeth Bennet's sister several months after he was rejected by Elizabeth, and volunteers to help find her sister, of his own accord. But what if Miss Elizabeth had requested Mr. Darcy's aid in just a few days after the disastrous proposal at Hunsford, and he was still very angry with her refusal? What if he decided to be ungentlemanly, and demanded a very particular reward from her in exchange for his assistance? This steamy, funny Pride and Prejudice what-if short story explores that scenario with wit, emotion and intriguing plot twists that take this perennial favorite to another direction. Warning: This title contains explicit adult content, a disguise, a murder and a curse.
Buy Kindle Version
Buy Paperback Version
Scroll to top