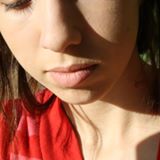 Along with numerous solo works, Ermisenda began writing on role play sites at fourteen and completed her first crime novel at fifteen. Driven by the desire to evoke the kaleidoscope of emotions her favorite authors are able to, she kept writing. Growing up bilingual amongst her Spanish family in Australia, she found a love and deep appreciation for language and the power it wielded.

Now she's working on a joint project with coauthor Eliabeth Hawthorne. Ermisenda has written Leocardo's perspective of Blind Sight #1, the first book in an urban fantasy series that changes depending on whose perspective you're reading. So the question is, "whose eyes will you read through?"

Writing with my lovely American, spending time with my flying Dutchman, and living with my Spanish family in the Australian culture 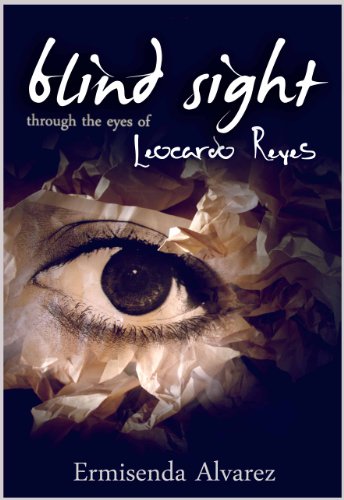 Blind Sight Through the Eyes of Leocardo Reyes

A blind girl drawing is abnormal even on the magical island of Edaion where leaves brush themselves into piles in the middle of the night. So when Odette Reyes, a girl blind from birth, begins to experience ominous side effects of the island's "gift," her brother Leocardo and best friend Aniela must figure out what the doctors cannot. As an immigrant, Leocardo is not biased by accepted rules of magic and determines that Odette's drawings are premonitions. Aniela grew up with magic and knows premonitions are impossible. She determines Odette is a medium channeling voiceless spirits. Who is right? Whose eyes will you read through? Snatched out of their life in Spain, Leocardo and his blind sister Odette find themselves on an island with no recollection of the trip. After foiled attempts to escape, Odette’s strange behavior gets worse. Even after learning the island has bestowed magic upon them both, Leocardo faces the possibility his sister is having a mental break down. Just as he thinks he is settled in, job and romantic life stable, Odette disappears. Read Aniela's side of the story in "Blind Sight Through the Eyes of Aniela Dawson" by Eliabeth Hawthorne.
Buy Kindle Version
Buy Paperback Version
Scroll to top