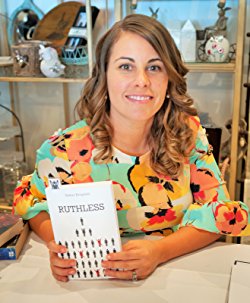 Esther is a new Australian supernatural suspense writer and author of the Ruthless Series. Esther was inspired to start writing Ruthless in 2010 after a vivid dream gave birth to the unique story. Her overactive imagination has fed into her new passion resulting in an unpredictable and action-packed plot line.

Esther strives to learn from the works of her favourite authors such as, Geraldine Brooks, Margaret Atwood, Hugh Lunn, Kathryn Stockett and John Birmingham.

She is currently working on the final instalment of the Ruthless Series – Soulless, after releasing Heartless in January 2015.

Esther juggles her passion for writing with a full time job as a Software Architect. She loves to travel, enjoys Ultimate Frisbee and ‘gets her game on’ in her spare time. Her remaining mental capacity is spent learning to speak Spanish and occasionally, surf.

Esther didn’t realise that there were stories inside of her, but now that she’s discovered them, she can’t wait to share them with you. 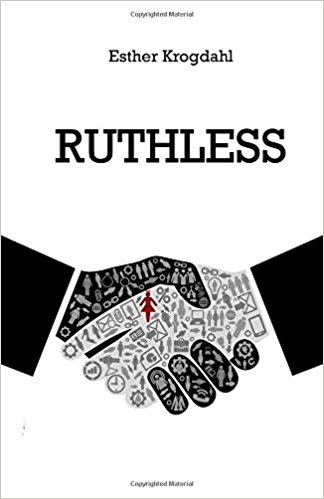 Corporate life just became deadly. Succeed or seek salvation… When career-driven Ruth lands a seemingly perfect job at GlobalCore - a chic yet mysterious corporation, she prepares to deliver her cold and merciless brand of Human Resource Management. But there is something different about this company… Ruth soon finds herself climbing the corporate ladder but this time, to save her tainted soul. She must compete with industrious angels, hell-bent on success, as she struggles with her new eternal occupation that redefines “employee termination”. Follow Ruth as she delivers damning evaluations to the most wretched souls California has to offer. These aren’t the mild-mannered office workers Ruth is used to firing, these employees are rotten to the core, and they won’t be leaving without a fight.
Buy Kindle Version
Buy Paperback Version 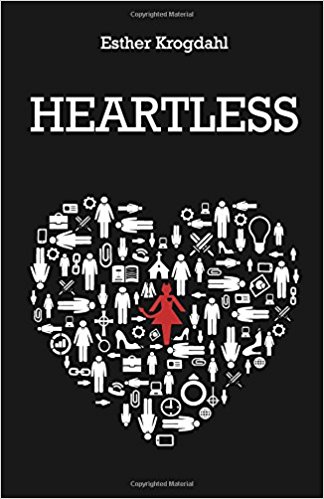 The devil is in the detail… Like any other large corporation, Hell’s employees need to be acquired, managed and when necessary, terminated. Now in limbo, Ruth Wroth is the unwitting Human Resources manager of Hell’s Earth branch – GlobalCore. Forced to work for the charismatic Lucifer, Ruth must reap the souls of her heinous assignments in devilish style. Although killing scumbags for an eternity is strangely satisfying, Ruth has a plan to resign but first she needs help from the competition. To secure salvation for her defiled soul Ruth must find her seeing-sphere – a heavenly object that will reveal the good deed she must commit to absolve her sins. But it is locked within an ancient library managed by Heaven’s Earth division – Stratus. When Christian, an undeserving angel, offers Ruth a lifeline in return for a date, she reluctantly agrees. Soon Ruth finds herself grappling with love, loyalty and lies as she is forced to choose between the better of two evils. As the Rapture nears, will Ruth’s journey to the truth leave her heartless?
Buy Kindle Version
Buy Paperback Version
Scroll to top