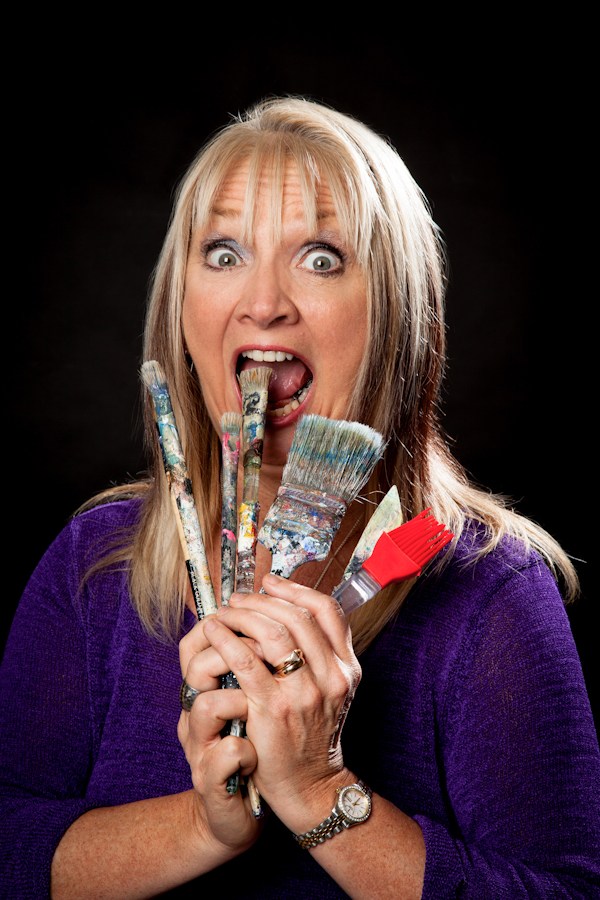 Faye Hall is a published author of Historical Erotic Romance novels & e-books. Faye's passion driven, mystery filled books are set in small townships of North Queensland, Australia during the late 1800's.
Each of her novels bring something symbolically Australian to her readers, from Aboriginal herbal remedies, to certain gemstones naturally only found in this part of the world.
Each of her books tell of a passionate connection between the hero and heroine, surrounded and threatened by deceit, scandal, theft and sometimes even murder.
These romances swerve from the traditional romances as Faye aims to give her readers so much more intrigue, whilst also revealing the hidden histories of rural townships of North Queensland.
Faye finds her inspiration from the histories of not only the township she grew up in, but the many surrounding it. She also bases most of her characters on people she has met in her life.
Faye was able to live her own passion driven romance, marrying the love of her life after a whirlwind romance in 2013. Together they are raising their 9 children in a remote country town in northern Queensland, Australia. 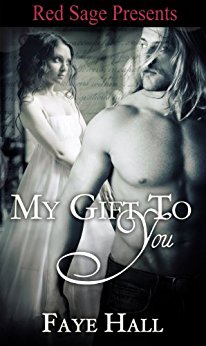 My Gift To You

As a child, Rush Mullens saw her parents murdered before her eyes. She didn't know the men responsible, but she would find them. She wanted revenge. She didn't think she would also find a boy she could love more than her own life; a boy who grew into the man who would steal her heart. She couldn't let him endanger her plans for revenge, nor could she ignore that she was willing to risk all - her past, her life, her reputation - just to sample an ounce of passion from this man. Bailey Maston wanted to find a woman - the perfect woman - to give his heart to. He wanted to trust that she could exist. Everything he had seen in his young life, both at home and in society, told him what a foolish dream this was. When he finally discovers the truth of Rush's life, and the revenge she is enacting, will he allow the betrayal to keep him from the woman he yearns for...a woman he craves to free his well-guarded heart?
Buy Kindle Version 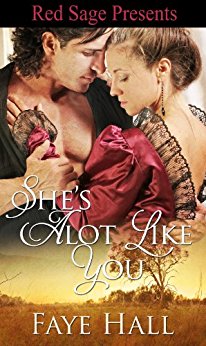 Willow Jameson knew nothing of her family's past or their connection to the Morgan family when she first met Re Morgan. All she seen was his ruggedly handsome appearance, his gentle words luring her into his strong embrace. What she found was a passion beyond compare. She couldn't have foreseen the lies and family betrayal that would inevitably rob her of the man she loved and forever change her life. TEN YEARS LATER Willow returned to the town life she loved so much, no longer ignorant to those who had separated her from the man she'd loved. She was back now to make those responsible pay for all they'd taken from her. In her search what she found was the hardened man Re Morgan had become... ...a man who's mere glance reignited a passion she had thought long since forgotten. Re Morgan had left a horde of jilted lovers in his trail. When he seen Willow again across the crowded dancehall, he wanted nothing more than to add her to this list. Re wanted little more than a short, heated affair. What he became involved in was far more scandalous than he could have ever imagined.
Buy Kindle Version 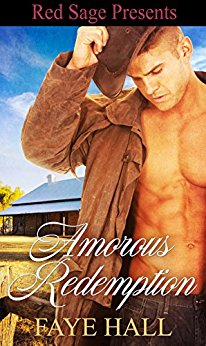 Phoebe Porter had run away from her family…from her fiancé…from her life. Upon arriving in the dusty mining town of Ravenswood, Queensland, Australia, Phoebe was certain she was finally safe from all who wanted to rob her of everything she had…including her life. That was until she felt herself being swept up in the strong arms of a stranger…a stranger she would soon be surrendering her body and heart too. This was to be the last job for bounty hunter, Duncan MacAllester. All he had to do was retrieve Phoebe Porter from Ravenswood and return her to her home of Inkerman Downs Station and to the fiancé awaiting her. If he could survive this last hunt for this woman then he would finally have the money he needed to reclaim his cattle station and retrieve his life. When Duncan pulled Phoebe safely from the midst of a bar brawl, never could he have imagined this would be the beginning of one of the most dangerous journeys he had ever made…or the most passionate. Together Duncan and Phoebe must face not only the unforgiving humidity of the North Queensland outback, but also the men that were sent after them to kill them both. When Phoebe is ripped from his grasp by the abusive hands of her fiancé, Duncan follows her back to her hometown knowing that he would do anything to protect this woman…even if it cost him his life.
Buy Kindle Version 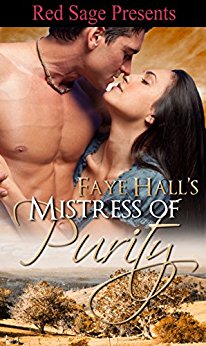 Prue had seen something the night her father was murdered – something that would forever change her life… …She had seen something that would continue to haunt her and follow her wherever she went. When she had married the Earl of Malloy, Prue had hoped to be able to hide under his name and at his out of town estate. What she had not thought was to become his son’s MISTRESS OF PURITY. Gareth had sworn never to return to his father’s estate, not to the life he had once thought to have there. He had hoped that the man he had grown in to was no longer hoping to find the love of a woman he knew could not possibly exist. What Gareth had not wanted was to find his comfort in the arms of his father’s young wife…a woman he knew was hiding far more than just one secret from him.
Buy Kindle Version 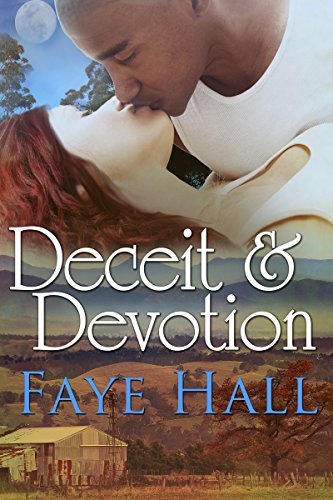 Jarrah Miyan, a young half-caste aboriginal man, is supposed to seduce a white woman into an affair so her greed-driven husband can gain full control of her inheritance, including the rare collection of black opals she keeps under lock and key. When he walks into the study to meet the poor chit he's to take advantage of, he expects to find an aging woman who smells of stale perfume and gin. Who he finds though is the most beautiful woman he's ever laid eyes on—the same woman whose pale thighs had been wrapped around him just a few hours earlier as she'd begged him to give her pleasure. After their night of passion together, Emily Holtz doubted she would ever see Jarrah again. To have him standing before her now, asking for employment at her cattle station, was not a situation she had prepared herself for. She agrees to hire him on one condition. He has to spy on her husband and get her the incriminating evidence she needs to apply for a divorce. She's spent years in a miserable arranged marriage, and she's desperate to escape. But her husband is a dangerous man, and he will stop at nothing, including murder, to get what he wants. As they begin to develop feelings for each other, Jarrah worries about what will happen when Emily discovers that he's been working for both her and her husband. Not that they could ever really be together, as society would never accept that.
Buy Kindle Version 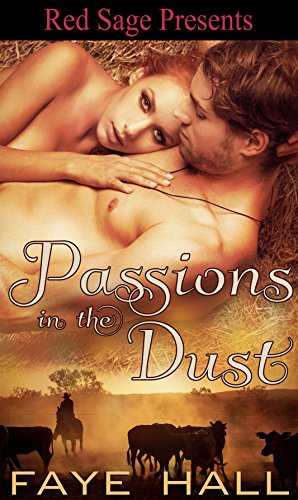 Passions in the Dust

When Seth Kenner arrived in Bowen, Australia, never could he have imagined that in a few short years he would be the wealthiest property owner in the state. He had birthright, money, property…but he didn’t have love. Once there was a woman Seth had wanted to spend his forevers with, but he had been forced to leave Ella Matthis back in England. Out of desperation he agreed to order a mail order bride, hoping if nothing else to fill the void Ella had left in his heart. When his mail order bride arrived at his cattle station in Bowen, he was well surprised to see the woman who was once his lover standing before him. Ella Matthis had watched the man she loved sail away with another woman to a far off country. Her life crumbled around her from that moment – she lost her home – her family – her social standing. Ella had nothing. When she was asked to take her mistress’ place as a mail order bride to Australia, Ella immediately accepted, hoping this new land would give her a freedom she had never known; and a new start so she could finally leave behind her past and those still hunting her. Ella knew nothing of this man she was going to meet, nor did she care for she knew he could never replace the man she had already surrendered her heart to. Though still bitter at each other, neither Seth nor Ella can ignore the burning passion that still lays smoldering just beneath the surface. Together they face cattle rustlers and scrub fires, poisoned and shot livestock, and police who constantly turn a blind eye; each calamity drawing them closer and closer until finally they are again surrendering their desires to each other, their passions igniting a flame neither had felt before. Only when those hunting Ella track her to Australia does her life again begin to unravel. Though Seth had sworn to protect her, he too soon finds it isn’t only her past that has found them here in Bowen. He too has some explanations to make when Ella learns he still has a wife back in England.
Buy Kindle Version 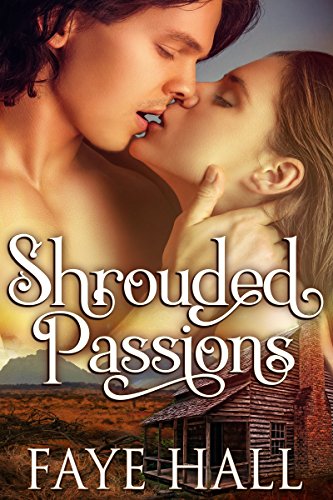 Murder, lies, deception, and love set in the outback under the Australian sun. A past of stolen gold, lies, and murder joined their families together. It was a past that Devon Munroy and Lotte Higgins knew nothing about. All they knew was the passion they felt for each other. When Lotte is shot and dies in Devon's arms, his world is destroyed. Four years later Devon has married the person his father handpicked for him, but he's still grieving for the woman he lost. He's a mere shell of the man he once was, his life having become a drunken haze without meaning. Then he meets a woman who reminds him so much of his lost love it makes his heart ache. Lotte has been in hiding for years, but when more bodies began turning up around town, all brutally murdered, she knows it's time to bring down the person who tried to kill her. And Lotte knows who is was—the woman Devon is now married to. Changing her looks in order to keep her true identity hidden, Lotte takes a job in their home, hoping to find some proof of the woman's crimes. But can she resist Devon when she's so close to him? And when the truth comes out will Devon be able to forgive her deception?
Buy Kindle Version
Scroll to top