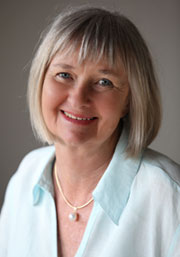 Please join me on my website for my blog, and for info about my books as well as writing tips and other information: www.felicitypulman.com.au. My novels reflect my fascination with medieval and Australian history, crime and mystery, fantasy, and the Celtic and Arthurian legends that have inspired me. For adults, my medieval crime series, the Janna Chronicles (a rewriting of the previously published Janna Mysteries) is published by Momentum (Pan Macmillan) and is available in e-book or print format from any ebook retailer or from www.panmacmillan.com.au/felicitypulman: #1 Blood Oath, # 2 Stolen Child, #3 Unholy Murder, #4 Pilgrim of Death, #5 Devil's Brew, #6 Day of Judgment. I, Morgana is the story of one of the most reviled - and fascinating - of all the Arthurian characters, and the sequel, The Once and Future Camelot, continues the story of her descendants: her daughter Marie, and Morgan in the present day. More info on my website and blog for news of all my novels including my novels for children and YA: Ghost Boy, currently in pre-production for a movie, and also A Ring Through Time, a timeslip back to the dark days of the Second Convict Settlement on Norfolk Island. 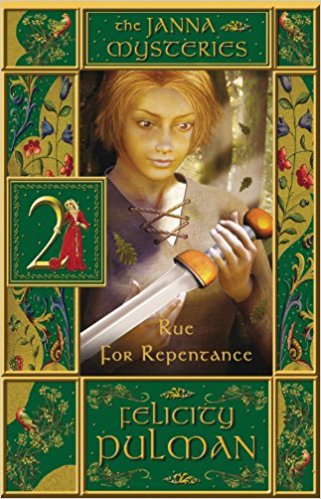 The second medieval mystery in the deliciously readable Janna Mysteries After her mother dies and her home is burned to the ground, Janna is forced to flee for her life. She is given shelter at a manor farm, but all is not as it seems. A child goes missing and Janna puts her life on the line to find him, but who can she turn to for help—Edwin, the outlaw who stole from her in the forest; the villain Godric, who has turned against her; or Hugh, the handsome nobleman, who stands to gain everything if the child dies? Janna needs all her courage, wit, and common sense to solve the mystery of the child's disappearance, but time is running out.
Buy Paperback Version 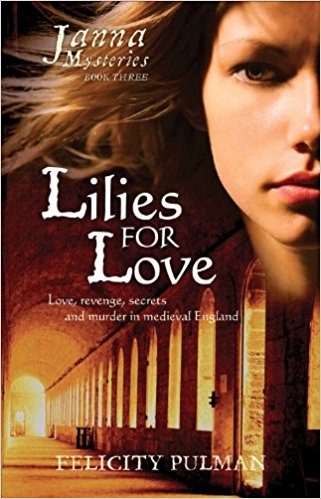 Love, revenge, secrets, and murder in medieval England On the run from Lord Robert, the man who will stop at nothing to hide his secret, Janna takes refuge at Wiltune Abbey. While there, she desperately seeks to learn to read so she can uncover the truth about her unknown father—but first there are mysteries to be solved. Who is the newcomer asking questions about Janna? Who stabbed Lord Hugh at St. Edith's fair? Was the knife meant for Janna, or will Hugh's friendship with the beautiful Emma have disastrous consequences for them all? All too soon it is time for the lilies to bloom, and for Janna to make her next move on the frightening path toward the truth.
Buy Paperback Version 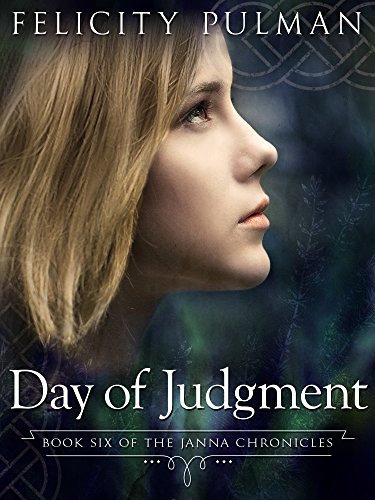 Day of Judgment: The Janna Chronicles 6

Love, revenge, secrets – and murder – in a medieval kingdom at war. Janna and her father are finally reconciled, but she realises that she poses a threat to her father's family when there's an attempt on her life. Unwilling to name the culprit, but with a secret plan, Janna accompanies her father to Oxeneford where the Empress Matilda is under siege from King Stephen. Janna finally tells her father the truth about her mother's death, trusting that he will help her bring the murderer to justice. To her dismay, her father asks the king to negotiate a prestigious marriage for her. When the man she truly loves is accused of murder, Janna has one last crime to solve – until the siege of Wiltune turns her life upside down and changes everything.
Buy Kindle Version
Buy Paperback Version 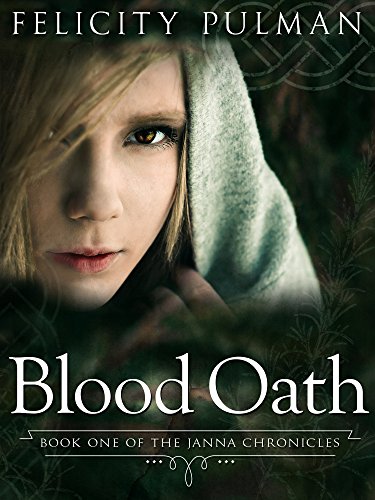 Love, revenge, secrets – and murder – in a medieval kingdom at war. A young woman, left alone and destitute after the mysterious death of her mother, vows, somehow, to bring the murderer to justice. Godric, and the dashing nobleman, Hugh, lay claim to Janna's heart, but who can she trust with the truth when all around her have secrets? In a country torn apart by the vicious civil war between King Stephen and the Empress Matilda, Janna needs all her wits and courage to stay alive as she comes closer to those who are determined to silence her forever.
Buy Kindle Version
Buy Paperback Version 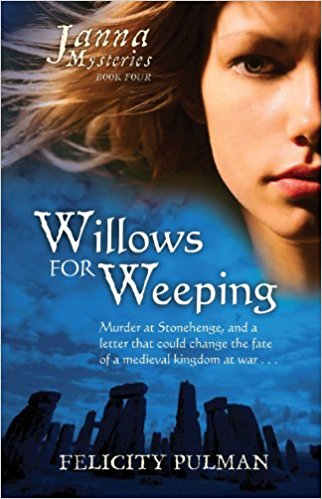 Murder at Stonehenge, and a letter that could change the fate of a medieval kingdom at war Janna has joined a band of pilgrims en route to Oxeneford. Along the journey she finds a dead man carrying a letter bearing the seal of Henry, Bishop of Winchester, now a supporter of the Empress Matilda. She gives it to Bernard—the leader of the pilgrims—who swears Janna to secrecy and undertakes to deliver the letter to the empress in Oxeneford, where she is making preparations to claim the crown. Meanwhile, Janna sets off to Ambresberie—an abbey where her mother previously worked—in hopes that it will hold the secrets about her father she still seeks. Now, with the empress routed by the queen and her mercenary army and evidence of Bishop Henry's treachery in Janna's own hand, what does the future hold for the empress and her supporters?
Buy Paperback Version 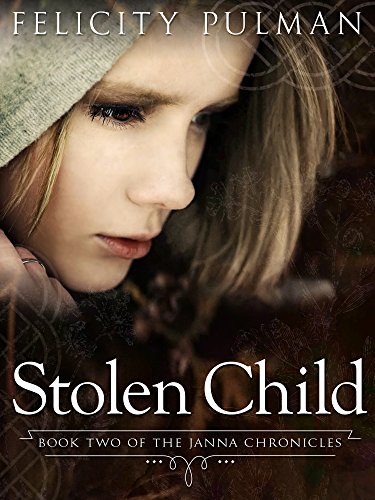 Love, revenge, secrets – and murder – in a medieval kingdom at war. Forced to flee for her life, Janna sets out in search of her unknown father, hoping to avenge the death of her mother and bring the murderer to justice. Disguised as a youth, Janna takes shelter on a manor farm managed by the handsome nobleman, Hugh. There she encounters mysterious acts of sabotage marked by posies of rue, culminating in the disappearance of Hugh's young nephew, Hamo. Janna can trust no-one in her bid to find out the truth. Godric has turned against her, while Hugh stands to inherit everything if Hamo dies. Can Janna find the child before time runs out – for both of them?
Buy Kindle Version
Buy Paperback Version 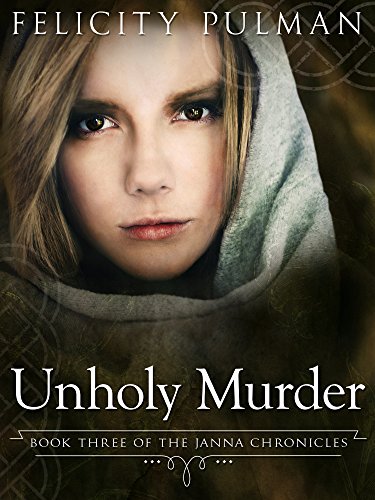 Love, revenge, secrets–and murder–in a medieval kingdom at war. Forced to flee once more, Janna takes shelter at Wiltune Abbey. She hopes to learn how to read so that she may gain clues to her father's identity from a letter kept secret by her mother. But even in the house of God there are mysteries to solve. Who is the stranger asking questions about her? Who stabbed the lord Hugh at St Edith's fair–and was the knife meant for Janna? Who is stealing and destroying Sister Ursel's illuminated pages depicting the Life of St Edith? And why is someone leaving lilies at the saint's shrine? The bitter civil war between King Stephen and the Empress Matilda brings the empress to the abbey, and results in a meeting that will change Janna's life.
Buy Kindle Version
Buy Paperback Version 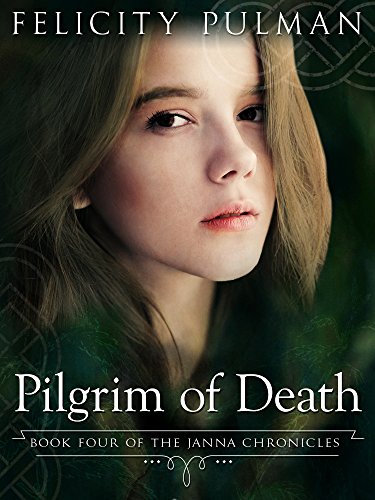 Pilgrim of Death: The Janna Chronicles 4

Love, revenge, secrets – and murder – in a medieval kingdom at war. Spies, treachery, a dangerously attractive pilgrim and a murder at Stonehenge test Janna's courage and ingenuity to the limit as she continues the search for her father in the company of pilgrims and jongleurs. She learns the meaning of betrayal, treachery and heartbreak, while her quest brings her ever closer to the royal court and the dangers of the civil war between King Stephen and the Empress Matilda.
Buy Kindle Version
Buy Paperback Version 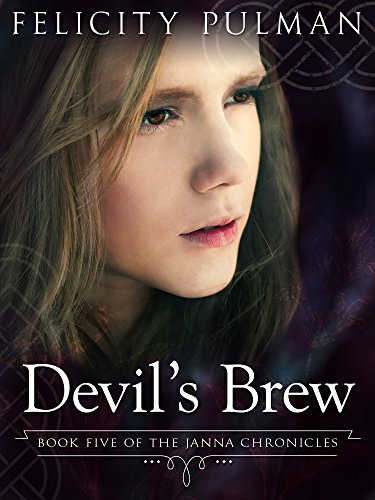 Love, revenge, secrets – and murder – in a medieval kingdom at war. Janna's search for her unknown father has brought her to the heart of the royal court of Winchestre, but her purse has been stolen, she has no proof of her identity, she's working as a drudge in a tavern to support herself, and she can't choose between the two men who love her. Winchestre is ablaze in the deadly battle between King Stephen and the Empress Matilda, but the true danger to Janna comes from the man sent to silence her forever. Chance brings Janna's father to the tavern – but when sabotage threatens the tavern's future, Janna must choose between her duty to save the woman who gave her sanctuary, and her duty to obey her father.
Buy Kindle Version
Buy Paperback Version 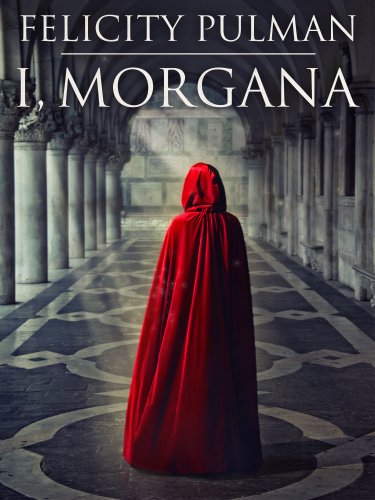 You know my name, but you don't know my story ... After being schooled in magic by Merlin and promised a kingdom, Morgana is robbed of her birthright and betrayed by everyone she has ever trusted and loved. Risking everything for revenge, Morgana uses her magical arts to trap Merlin, threaten her half-brother King Arthur, and turn away the only man she will ever love. In her quest to destroy Arthur and Camelot, Morgana sets in motion a catastrophe that threatens the future of her world. Can she put things right before it's too late, or has she sealed their fate forever? This is the untold story of Morgan le Fay, one of the most enigmatic—and reviled—characters in Arthurian legend.
Buy Kindle Version
Buy Paperback Version
Scroll to top