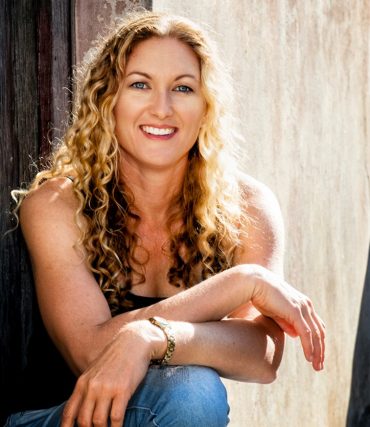 I was raised in Pingaring. My Dad and Mum are contractors in town who cart grain, spread fertiliser and spray for the farmers.
The majority of my childhood weekends were spent on my Uncle and Aunty’s farm ‘Gumlea’.
We attended the Pingaring Primary School which closed its doors a few years later because of small numbers. I went off to Narrogin High School where I boarded at the Narrogin Residential College. I left school after year eleven, itching to start work and begin my life.
I was a third generation speedway driver, racing cars from the age of 16 right up until I was pregnant with my first child.
After doing odd jobs, rouseabouting, tractor driving and working on the CBH bins, where I met my husband-to-be, I went to Alexander College for a secretarial course. (Luckily they taught me how to type really fast, which comes in handy when typing up long stories)
I got a job at the Shire of Lake Grace as a secretary for three years and then changed to a Teachers Assistant before getting married and having two kids.
It was while running the local shop in Pingaring in 2006, in a partnership with my Mum, that I began writing down a story that was roaming around in my head. Lo and behold, this was the start of my writing career. The Family Farm is my first book. 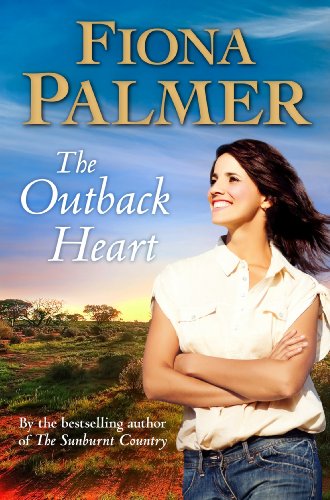 The most heartfelt and moving novel yet from favourite Australian rural romance writer and bestselling author of The Family Farm. Indianna Wilson is a country girl through and through. She'll do anything she can to save her beloved home town from disappearing off the map - even if she has to die trying. She brings Troy Force to her tiny outback town, with hopes that he can bring a breath of fresh air to the Saints football club and lift the wider farming community. He's just the spark they need in Hyden but it's the fire that he ignites in Indi's heart that takes her by surprise. She knows he's feeling something too - why, then, does he insist on pushing her away? What is it from his dark past that's preventing them from sharing a future? As the town rallies together and their fighting spirit returns, Indi and Troy discover that sometimes life offers up a second chance - you just have to be brave enough to take it.
Buy Kindle Version 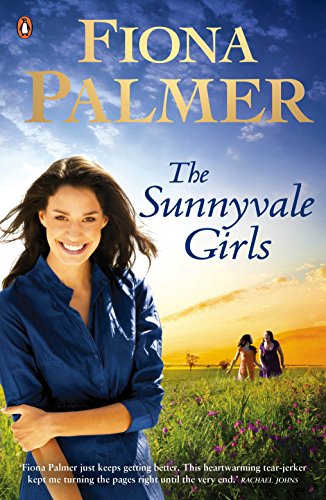 Three generations of Stewart women share a deep connection to their family farm, but a secret from the past threatens to tear them apart. Widowed matriarch Maggie remembers a time when the Italian prisoners of war came to work on their land, changing her heart and her home forever. Single mum Toni has been tied to the place for as long as she can recall, although farming was never her dream. And Flick is as passionate about the farm as a young girl could be, despite the limited opportunities for love. When a letter from 1946 is unearthed in an old cottage on the property, the Sunnyvale girls find themselves on a journey deep into their own hearts and all the way across the world to Italy. Their quest to solve a mystery leads to incredible discoveries about each other, and about themselves.
Buy Kindle Version
Buy Paperback Version 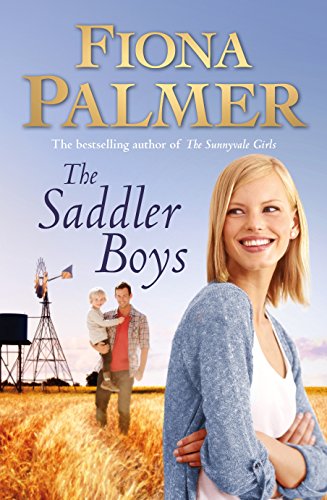 Schoolteacher Natalie has always been a city girl. She has a handsome boyfriend and a family who give her only the best. But she craves her own space, and her own classroom, before settling down into the life she is expected to lead. When Nat takes up a posting at a tiny school in remote Western Australia, it proves quite the culture shock, but she is soon welcomed by the swarm of inquisitive locals, particularly young student Billy and his intriguing single father, Drew. As Nat's school comes under threat of closure, and Billy's estranged mother turns up out of the blue, Nat finds herself fighting for the township and battling with her heart. Torn between her life in Perth and the new community that needs her, Nat must risk losing it all to find out what she's really made of - and where she truly belongs.
Buy Kindle Version
Buy Paperback Version 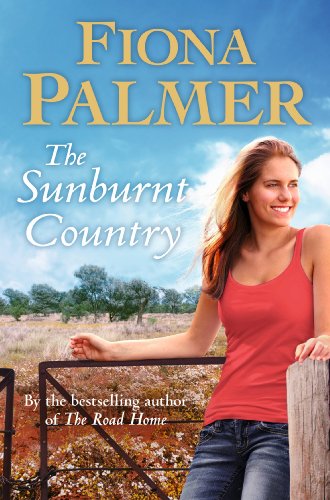 Jonelle Baxter is a young woman in a man's world - a tough, hardworking motor mechanic from an idyllic country family. But lately things in her perfect life have been changing, and her workshop isn't the only local business that's struggling. Daniel Tyler is new in town, posted from the city to manage the community bank. As he tries to rein in the spiralling debts of Bundara, he uncovers all sorts of personal dramas and challenges. The last thing Jonny and Dan need is an unwanted attraction to each other
Buy Kindle Version
Buy Paperback Version 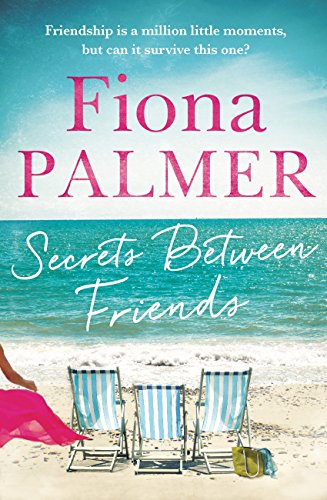 Friendship is a million little moments, but can it survive this one? Three friends embark on a luxury cruise to celebrate their ten-year reunion in this heartfelt story of how long-held secrets can catch up with even the best of friends Life was about living, experiencing and emotions. The good and the bad. You had to laugh to cry. You had to love to hurt. You had to jump to fall or fly. Best friends Abbie, Jess and Ricki are set to recreate a school trip they took ten years earlier to the historic port town of Albany, the oldest city on the stunning turquoise coastline of Western Australia. Ricki, a dedicated nurse, harbours a dream she hasn't chased. Is she actually happy or stuck in a rut? Jess, a school teacher and single mother to little Ollie, had a tough upbringing but found her way through with the help of her closest male friend, Peter. But Peter has bought an engagement ring and is ready to propose to Ricki . . . Abbie had it all: a career, a loving boyfriend and a future, but a visit to the doctor bears scary news. Her world is tumbling down and she feels adrift at sea
Buy Kindle Version
Buy Paperback Version 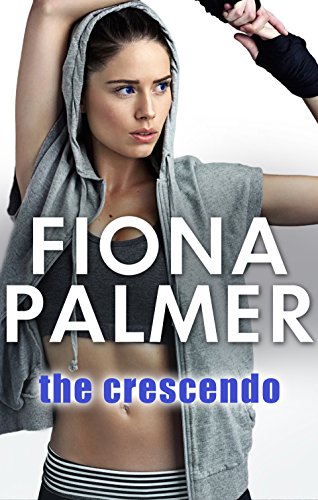 Jaz risks everything to save the love of her life in the latest instalment of Fiona Palmer’s series about the young spies of the MTG Agency. Recruited by the agency less than a year ago, Jaz has had her life turned upside down by a shocking revelation and the death of a friend. Now Ryan, the sexy, dangerous man who recruited and trained her, has gone MIA while out on an undercover mission. And on top of all this, she’s sitting exams and finishing school. With the help of her friends, Jaz is going to have to risk her own life to save Ryan, even if it means walking on the dark side. But can she work alongside the bad guys she’s been trying to take down if it means seeing Ryan again?
Buy Kindle Version 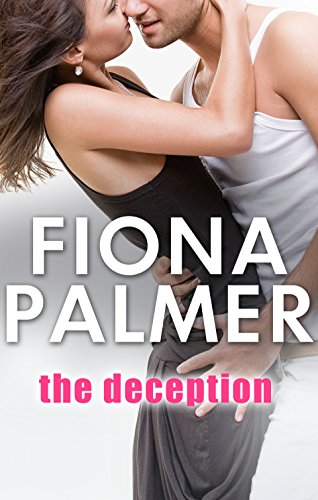 Jaz is back in another explosive mission – but her hardest task is keeping her secret from her friends… Jaz’s last mission for the Agency had unforeseen consequences, and she is only now beginning to understand that the hardest part isn’t the physical training. Her ongoing mission involves an undercover operation – pretending to be the girlfriend of the son of one of the Agency’s most wanted. What starts out as a chance to prove herself soon becomes a lesson in emotional detachment, as her pretend boyfriend starts to feel too real. Factor in Ryan, still sexy, still dangerous, and still irresistible, and Jaz is discovering that her love life is more treacherous than anything the Agency can throw at her.
Buy Kindle Version
Buy Paperback Version 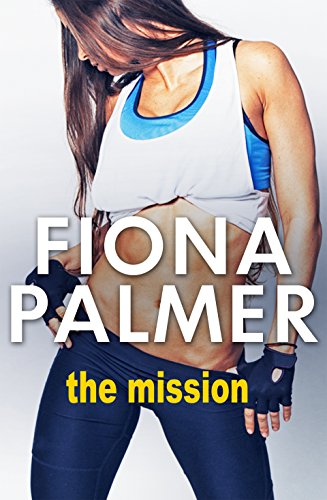 Recruited into the secretive, shrouded MTG Agency, Jaz dives headfirst into her training, regretting nothing about her decision to help save the world at the age of 17. Now she’s ready and anxious for her first mission — to prove she has what it takes...and to start making a difference. The only thing that stands in her way is Ryan, the dangerous and sexy agent who first recruited her, and is now guiding her. He doesn’t want Jaz to sink too deeply too quickly into his world of secrets and lies, but his inability to trust her to know her own mind only makes Jaz furious. When a job comes along that only Jaz can do, Ryan has to let go, and Jaz soon learns that she can swim with sharks, but she’ll come away with scars.
Buy Kindle Version 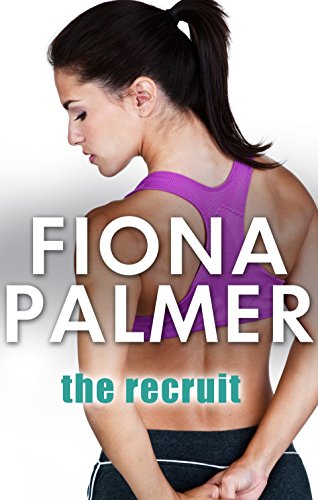 From one of Australia’s Queens of Romance comes the debut in a brand new YA series about secrets, strengths, and what lies beneath the surface. Jasmine Thomas may not be completely normal, but she’s a pretty typical seventeen-year-old girl. She hates the rich mean kids, loves her best friends, and can’t wait to get out of school each day. Her spare time is spent at The Ring — a boxing gym where she practically grew up — learning karate, boxing and street fighting. So, yeah, Jaz can kick some major butt. Life seems pretty normal until the day Ryan Fletcher enters her gym…mysterious and hot with heaps of bad boy charm. Sure, she checks him out. Who wouldn’t? But what doesn’t show on his gorgeous abs are secrets and lies that dominate his very grown-up world. Now Jaz has to figure out just how far she is willing to go to know more. Could Ryan really be offering the life-fulfilling life path she’s always dreamed of? The first in the MTG Agencies series.
Buy Kindle Version
Buy Paperback Version
Scroll to top