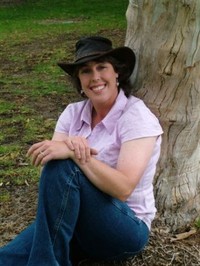 leur McDonald is one of the highest-selling authors in Australia's ever-popular rural romance genre. Living and working for much of her life on a farm Fleur draws inspiration from anything and everything she's experienced. From wrangling ewes to marking mobs of lambs, Fleur never knows where the inspiration for her next novel will come from - but you can rest assured, it often comes from experiences she's had firsthand.

Fleur has always been passionate about writing, but it wasn't until she was a new mum that she decided to get serious about it. Sleep deprived and just coping with the demands of young child with autism, she decided to try and write kids stories for her son, to help with concentration. She needed to write about the things he knew and understood; that was farm animals, tractors and stock.

"I had always been a bit of a writer - stories, letters. But between the ages of 18 and 25 I didn't write, it wasn't cool to be seen writing. I started writing again when my youngest, who was born in 2001, was diagnosed with autism."

Fleur's parents identified their daughter's talent early and gave her a gift of a comprehensive writing course. The gift had no expiry date. When Fleur finally came to enroll her tutor quickly recognised her skill for storytelling.

"My tutor said I was hiding my light under a bushel. I then asked if he thought I had the ability to write a women's fiction novel like Racheal Treasure? He said 'Yes I could.' I don't like saying 'I sat down and wrote Red Dust' because that's really disrespectful for the writers who have trained, learned and studied the craft of writing, but that is sort of what happened.

Fleur had a two-book deal in Germany before Red Dust was even published in Australia. In 2009 Red Dust was the highest selling novel for a debut author. In 2010 Red Dust was short listed for the Australian Book Industry Awards as Newcomer (Debut) Author of the year and the R*BY awards. Next came Blue Skies, then Purple Roads and Silver Clouds in April 2013. Fleur's latest, Crimson Dawn in 2014, was paired with a tour around NSW and WA. Next to come, Emerald Springs ...

Her stories are set in rural Australia and feature strong female characters and solid, no nonsense, countrymen. Fleur's characters are inspired by the tough, complex and genuine people she's met during a lifetime living in remote Australia.

Fleur was born and bred in Orroroo in the mid-north of South Australia, the daughter of fuel distributors who covered a quarter of Australia. She spent many of her early years in a truck with her dad, driving through small rural towns to make deliveries. Fleur studied Agribusiness at college and undertook a prac on a property near Esperance. That was 20 years ago and since then Fleur has been living and working on an 8000acre farm in regional WA. There have been great times and hard times, as the land has thrown massive challenges her way. She now lives in Esperance with her children and a Jack Russell and is concentrating on her writing.

"Writing for me is definitely an escape, absolutely," she says. 'You can make it rain when it's needed, dry up the puddles with sun and kill people without getting into trouble!'

Fleur says her writing is motivated by her strong desire to show city people that country people are much the same as them, they just do different jobs.

"I love creating very strong female characters, all my characters are much stronger than me," she says.

"I have characters running round in my head all the time, I just pick one and see if they work together. People love a happy ending; boy gets girl or vice versa, but it's not what I'm about. I like to think there's more to my storylines than just love. For me the mystery and crime side of my books holds more attraction than the romance."

Fleur is now the author of five best-selling books, all set around Australia's Rural Industry. EMERALD SPRINGS is her latest, published by Allen & Unwin in March 2015. 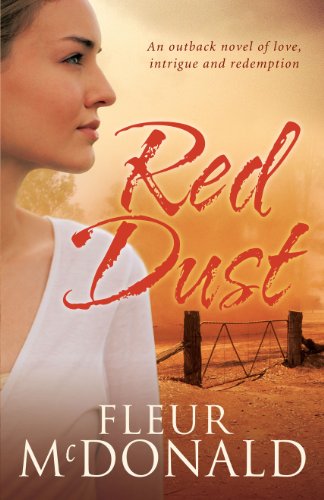 Red Dust opens with Gemma Sinclair grieving the death of her husband, Adam, in a horrific plane crash and learning she's inherited the 10,000 hectare station his family has worked for generations. Despite huge scepticism from surrounding landowners, Gemma decides not to sell Billbinya, disregarding Adam's dying words that he's in trouble and she must sell the station. As if the job of keeping the station going isn't enough, a wave of innuendo sweeps through the local community about Adam's involvement in cattle and sheep duffing. There are even whispers the plane crash was no accident. A visit from the police confirms the rumours, with Gemma discovering that not only was Adam involved, but has indirectly implicated her by using Billbinya as a holding station for the stolen stock. Intent on clearing her name, Gemma determines to get to the bottom of what was going on. In the process, she's shocked to discover the masterminds behind the duffing are two former school friends, and that a trusted stock agent and good friend are somehow involved. When Gemma is finally cleared of any wrongdoing, she decides to put the past behind her and return to the family farm - a new love by her side.
Buy Kindle Version
Buy Paperback Version 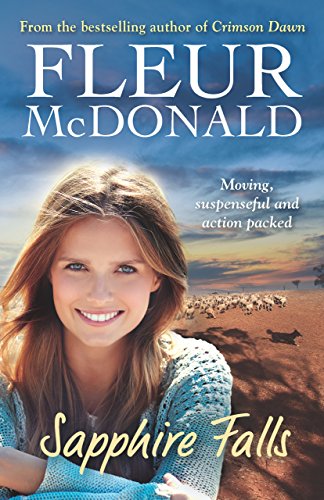 Fiona Forrest is devastated when her husband Charlie commits suicide after the accidental shooting of his mate Eddie. Though Fiona decides to keep farming their successful property, rumours that she intends to sell keep circulating. When Detective Dave Burrows arrives to sign off on the investigation into Eddie's death, his suspicions are aroused by some strange anomalies at the scene. As Dave becomes increasingly convinced that something sinister is going on, Fiona finds herself dealing with a series of disasters on the farm... By the bestselling author of Crimson Dawn, this suspenseful novel about a woman fighting to preserve her husband's dream, and a detective determined to uncover the truth will keep you guessing till the very last page.
Buy Kindle Version
Buy Paperback Version
Scroll to top