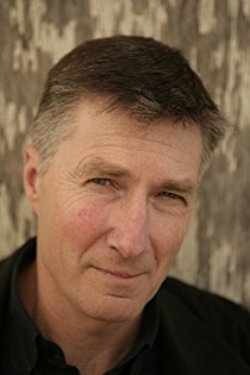 Garry Disher lives in Australia and is the author of over 40 books: novels, short story collections, writers' handbooks, history textbooks and children's fiction. His Challis and Destry police procedurals, and his Wyatt crime from the inside thrillers, are gaining international recognition, winning best crime novel of the year awards in Australia and Germany and appearing on best books of the year lists in the USA. Garry has toured Germany twice and the States once, and counts a scholarship year spent in the Stanford University creative writing school, early in his career, as one of his most important formative experiences. 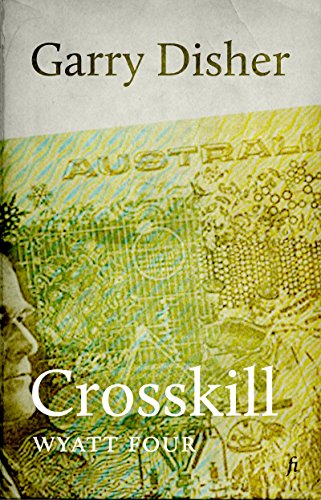 Wyatt is meticulous, demanding and implacable, and this may be the toughest, coolest and most uncompromising series in Australian literature. Wyatt made some powerful enemies in his first three outings, and the time has come to confront them. But we know by now that Wyatt’s revenge won’t be showy, impetuous and futile; it will be pragmatic, elaborate—and still possibly futile. He holes up in Sydney, preparing to return home to Melbourne to play his enemies against each other in a dangerous double-cross that will tear down the notions of loyalty and obligation.
Buy Kindle Version
Buy Paperback Version 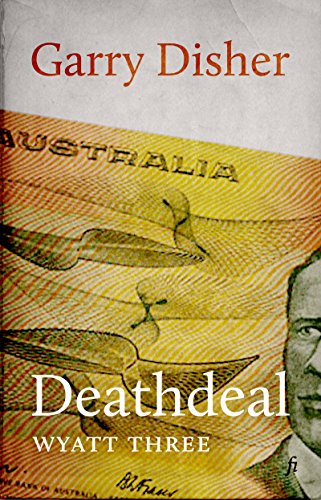 Wyatt, professional hold-up man, is back in another tight, remorseless thriller. On the run after the payroll heist that went horribly wrong in Paydirt, wanted by the police and contract hitmen, he discovers that a shadowy third player has joined the hunt. Enter Stolle. Stolle specialises in finding people who don't want to be found. But who is his Brisbane client? Is this a trap Wyatt's walking into? And what of the score itself, the suburban bank with two million in the vault? It looks easy enough - if you don't count a bank manager who owes favours to the wrong people, a gun-running pilot, grifters, bent cops and punks with ambition...
Buy Kindle Version
Buy Paperback Version 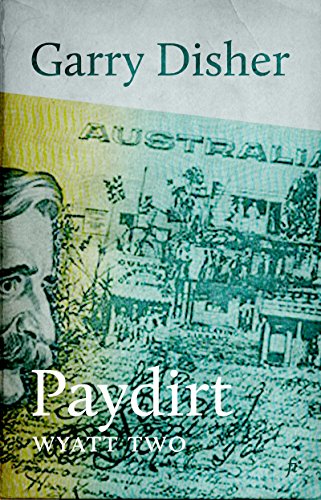 Careful, exacting and ruthless, Wyatt is a consummate criminal and a solitary giant in Australian crime writing. This time it’s a payroll and bank run in the north of South Australia, an outpost town suddenly transformed by a pipeline construction project that brings petty crime, prostitution—and opportunity. It’s a town with its own secrets and Wyatt isn’t quick to trust at the best of times. But he’s on the run and he can’t afford to be choosy. This is another masterpiece of orchestration and unravelling, anchored by an unforgettable ticking-clock sequence that will keep you swiping those pages. Fans of Garry Disher’s other writing may recognise the landscape and some of the place names of The Sunken Road, and fans of noir and hard-boiled fiction will find a fascinating extension of the genre.
Buy Kindle Version
Buy Paperback Version 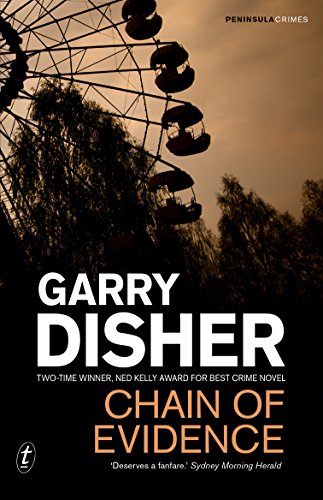 Inspector Hal Challis has been summoned to his boyhood home, Mawson’s Bluff in the Australian Outback, where his father is dying. There his past comes back to haunt him... and endanger his life. Meanwhile, a serial pedophile is on the loose on the Mornington Peninsula, and Sergeant Ellen Destry, who is left to head up the area’s Crime Investigation Unit, must find a little girl who was abducted from the fairgrounds at the annual Waterloo Show before it is too late.
Buy Paperback Version
Buy Hardback Version 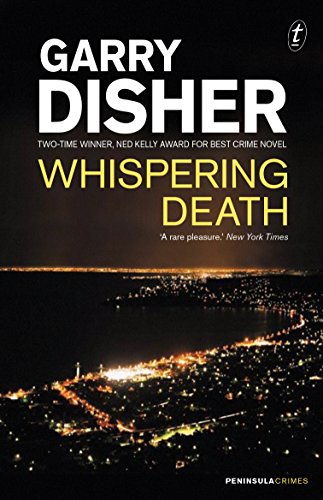 Hal Challis is in trouble at home and abroad: carpeted by the boss for speaking out about police budget cuts; missing his lover, Ellen Destry, who is overseas on a study tour. But there's plenty to keep his mind off his problems. A rapist in a police uniform stalks Challis's Peninsula beat, there is a serial armed robber headed in his direction and a home invasion that's a little too close to home. Not to mention a very clever, very mysterious female cat burglar who may or may not be planning something on Challis's patch. Meanwhile, at the Waterloo Police Station, Challis finds his offsiders have their own issues. Scobie Sutton, still struggling with his wife's depression, seems to be headed for a career crisis; and something very interesting is going on between Constable Pam Murphy and Jeanne Schiff, the feisty young sergeant on secondment from the Sex Crimes Unit.
Buy Kindle Version
Buy Paperback Version
Buy Hardback Version 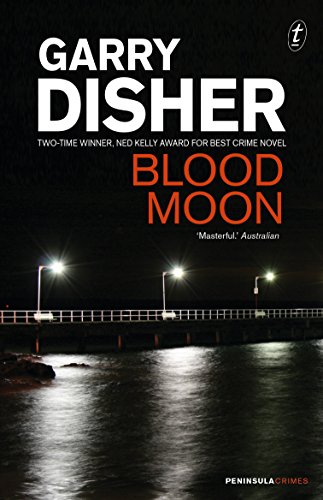 It’s been a busy few days for Inspector Hal Challis. The school year has just ended, and with the sudden influx of rowdy teenagers on break, Waterloo has become a hotbed for petty crimes. But there are also more serious matters at hand. A well-connected chaplain at a prestigious school has been brutally beaten, and a local official has turned up dead. If Challis was having a hard time keeping up with the caseload before, it certainly hasn’t helped matters that he’s become romantically involved with his colleague Ellen Destry. Challis struggles to maintain a clear head as the crimes mount. Will their relationship derail all they’ve worked for?
Buy Paperback Version
Buy Hardback Version 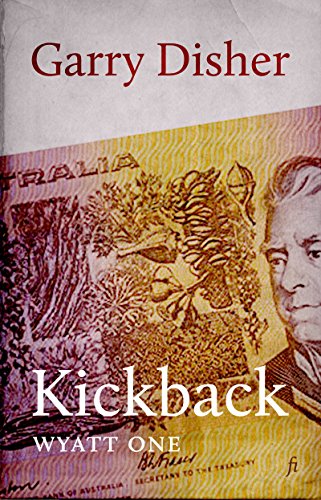 Professional, methodical and only slightly sentimental, Wyatt is a flinty poem of a criminal and one of the most memorable creations in modern Australian literature.
Buy Kindle Version
Buy Paperback Version 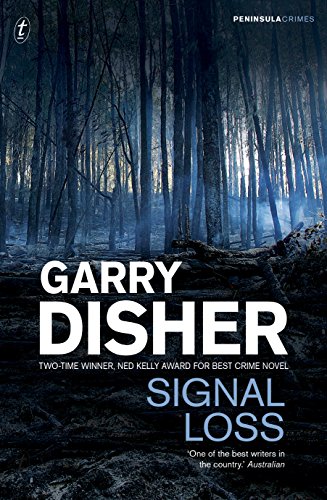 A small bushfire, but nasty enough for ice cooks to abandon their lab. Fatal, too. But when the bodies in the burnt-out Mercedes prove to be a pair of Sydney hitmen, Inspector Hal Challis’s inquiries into a local ice epidemic take a darker turn. Meanwhile, Ellen Destry, head of the new sex crimes unit, finds herself not only juggling the personalities of her team but hunting a serial rapist who leaves no evidence behind. The seventh instalment in Garry Disher’s celebrated Peninsula Crimes series sets up new challenges, both professional and personal, for Challis and Destry. And Disher delivers with all the suspense and human complexity for which readers love him.
Buy Kindle Version 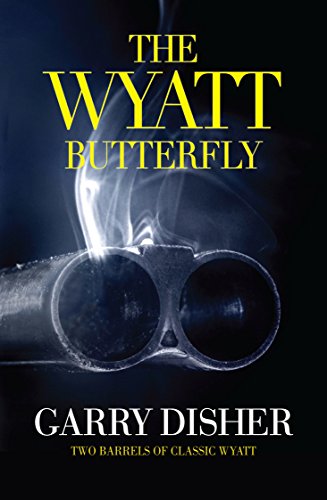 Two classic Wyatt novels in one volume by Garry Disher, winner of the Ned Kelly Award for Best Crime Fiction in 2007 and 2010. Port Vila Blues. Cool and efficient as always, Wyatt bypasses the alarm system, snatches the cash and eludes the cops. But can he make it safely back to his bolthole in Hobart? Port Vila Blues is Wyatt's fifth heist, this time leading him to a reckoning far from home. The Fallout finds Wyatt on a boat with policewoman Liz Redding and a fortune in stolen gems. He escapes, triggering a manhunt, but who exactly is hunting him? In this sixth Wyatt novel, Wyatt joins forces with his nephew to pull off one of his trickiest robberies-and his most dangerous task yet.
Buy Kindle Version 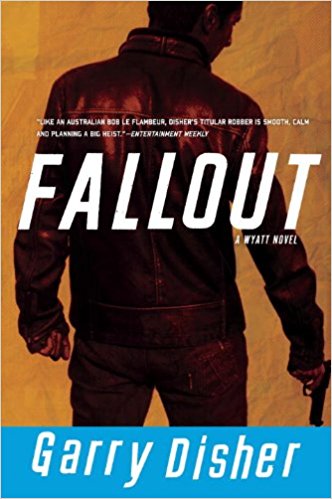 Australian jewel thief Wyatt has a bounty of stolen jewels and a yacht, but nothing can stop him from returning to his life of crime. He drugs his lover, police officer Liz Redding, and escapes into the night only to discover the gems he lifted are fakes. With his luck and his resources rapidly running out, Wyatt begrudgingly joins forces with Raymond, his estranged nephew and an established criminal himself, to lift some expensive artwork. It should be an easy job—the gallery is under construction and Wyatt has performed similar heists before. But it isn’t long before things go south, leaving Wyatt with some tough choices. Will the young and eager Raymond prove to be a worthy pupil or is he nothing but deadweight? For Wyatt, putting faith in other people has never been as tempting... or as dangerous.
Buy Kindle Version
Buy Paperback Version
Buy Hardback Version 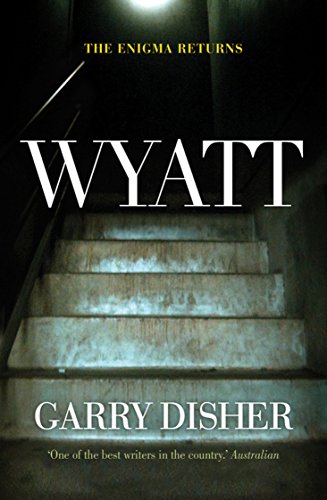 The job's a jewel heist. The kind Wyatt likes, nothing extravagant, nothing greedy. Stake out the international courier, one Alain Le Page, hold up the goods in transit and get away fast. Wyatt prefers to work alone, but this is Eddie Oberin's job. Eddie's very smart ex-wife Lydia has the inside information. Add Wyatt's planning genius and meticulous preparation, and what could possibly go wrong? Plenty. And when you wrong Wyatt, you don't just walk away.
Buy Kindle Version
Buy Paperback Version
Buy Hardback Version 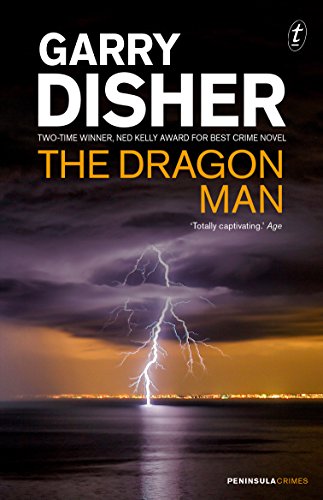 A serial killer is on the loose in a small coastal town near Melbourne. Detective Inspector Hal Challis and his team must apprehend him before he strikes again. But first Challis must contend with the editor of a local news-paper who undermines his investigation at every turn and with his wife, who is attempting to resurrect their marriage through long-distance phone calls from a sanitarium where she has been imprisoned for the past eight years for attempted murder. His. The media is demanding to know what Challis is doing about the killer; his colleagues are either giving trouble or in it; and his past keeps coming back to haunt him. Can Challis and his team nab the Peninsula Highway killer before anyone else gets hurt?
Buy Paperback Version
Buy Hardback Version 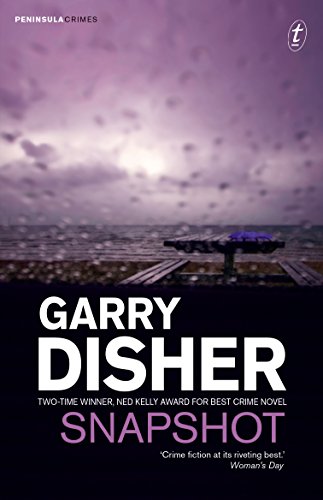 It takes months for Australian social psychologist Janine McQuarrie to succumb to her husband’s pressure to attend spouse-swapping parties, but eventually she gives in. Then, driving with her young daughter one day, she gets out of her car to ask directions and is shot and killed. The little girl escapes when the gunman's pistol misfires. Inspector Hal Challis of the Crime Investigation Unit is assigned the case, but his efforts are thwarted by his boss. The dead woman was Superintendent McQuarrie’s daughter-in-law, and he seems to be more interested in protecting his son than in finding his daughter-in-law’s murderer. Who might have a motive to kill this attractive young wife and mother? One of her clients? One of the swingers she’d gotten together with at a party? Or, the obvious suspect, her husband?
Buy Paperback Version
Buy Hardback Version 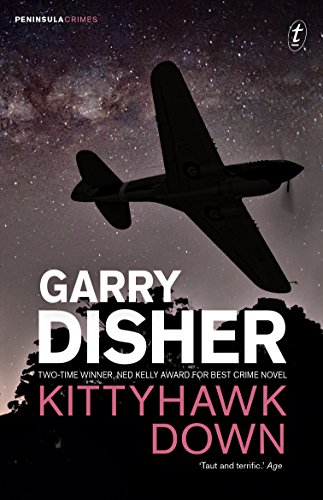 An unidentified man is fished out of the sea with an anchor strapped to his waist. And for Detective Inspector Hal Challis, this sparks the beginning of a chilling series of shotgun killings. As Challis investigates, a farmer on the peninsula erupts into violence and is the target of a massive manhunt. Meanwhile Challis's own emotional life is strained, and some of his police colleagues have allowed their public and private responsibilities to blur. And then Challis finds some aerial photographs in the possession of his friend Kitty that link her to the murders.
Buy Paperback Version
Buy Hardback Version 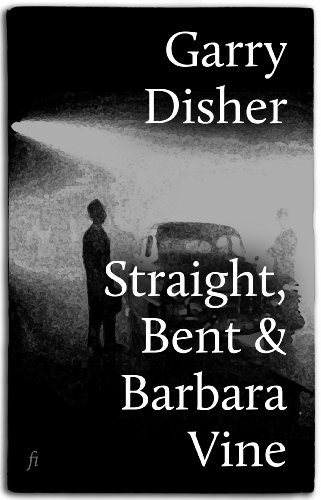 There are three ways to play a crime story. You can play it straight, making the most of the conventions of the genre. You can bend the conventions and the genre itself all the way around. Or you can take the genre deeper into the human mind and soul. These dozen stories play it every way there is, and they're like nothing you’ve ever read. Garry Disher has been described both as ‘the best short story writer in the country’ and the writer of ‘the best crime fiction around,’ and this collection demonstrates his mastery of both form and genre. The Straight stories deliver everything you’d want from the crime genre: plot twists and subterfuges and betrayals, and two outings for Garry Disher’s celebrated antihero Wyatt. The Bent stories twist the genre itself, bringing Wyatt to the writer's life, translating him into a pastiche of the wild west and the pulp romance, and following a wearied film director riding roughshod over a genre script. And the Barbara Vine stories remove the crime away from the mean streets and into the suburbs, into families, into childhood memories. Featuring a generous and erudite discussion of the crime writer’s craft, this collection full of dark treasures for any fan of Garry Disher or the crime genre who has ever thought beyond whodunit to what just happened or how did he do that? Includes the short stories ‘Old Ground’, ‘Wyatt‘s Art’, ‘The Two-Hundred-Dollar Picasso’, ‘Threshold’, ‘My Brother Jack’, ‘Love and Grudges’, ‘Cockeyed at High Noon’, ‘Stalking Moon’, ‘Scrapings’, ‘Airship’, ‘Early Warning’ and ‘Trusthouse’. Two of these stories are also available in Flamingo Gate, and both collections can be purchased together.
Buy Kindle Version
Buy Paperback Version
Scroll to top