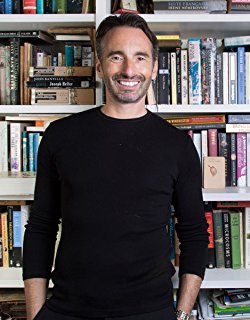 Ged Gillmore grew up in the Midlands of England before moving to London where he completed degrees in languages and literature at the University of London. Fancying a change to sunnier climes, Ged made the leap to Sydney in early 2004.

When he's not falling off his surfboard at Bondi or dabbling with a day job which pays the bills he sits at his laptop and bashes out fiction. Ged admits he is a nightmare to market as he writes both contemporary noir mysteries as well as middle-grade humor.

In October 2017, Ged launched his 'Bill Murdoch Mystery' series, beginning with HEADLAND, and followed by sequels, CLASS ACT (Jan 2018), and BASE NATURE (Mar 2018). The series is set in Sydney and a small town on the NSW Central Coast.

Ged has also written a middle-grade comedy series for kids (and kidults!), starring Tuck & Ginger (his two real-life cats) - 'Cats On The Run', and the sequel 'Cats Undercover' 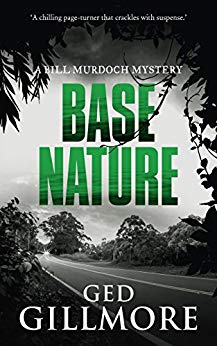 How far can you push a man before he reveals his base nature? Bill Murdoch is about to find out… Murdoch takes on two cases in as many days. First he is hired to find local man, Scott Patterson, the victim of a mysterious abduction. Then an impressive stranger arrives in town with a tempting offer. But has Patterson really been abducted? And is the stranger all he appears to be? As Murdoch gives in to temptation and risks everything by returning to his old criminal ways, the hunt for Scott Patterson takes an unexpected turn. Soon Murdoch and his partner, Davie Simms, are dragged into a depraved underworld of human trafficking, prostitution and torture, where they will find evil on their doorstep, and face a desperate fight for their lives. BASE NATURE - Prepare yourself for a breathless journey to the darkest corners of human nature. ** THIS IS NOT THE AUSTRALIA YOU’VE SEEN ADVERTISED ** BASE NATURE is the third book in the Bill Murdoch Mystery series (HEADLAND #1, CLASS ACT #2, BASE NATURE #3). Set in Sydney, and small town Australia, this series will appeal to fans of Garry Disher, Peter Corris, Jane Harper, and Peter Temple. Followers of Dave Warner, Jay Stringer, Faith Martin, and Chris Collett will get a kick out of the Murdoch Mysteries too.
Buy Kindle Version
Buy Paperback Version 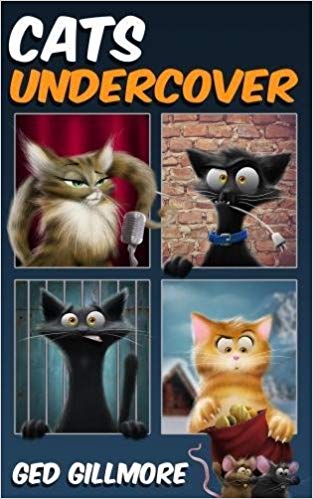 Watch Out!!! This book is such a rollercoaster of crazy cat capers that you won't know whether to laugh or scream! Tuck, Ginger and Minnie are three cats living on an isolated farm. Life is sweet until two horrible humans arrive: Mr and Mrs Pong. When Ginger and Minnie disappear Tuck sets out to find them and then the adventure really begins. Cats Undercover will take you to an incredible world of... Secret-Agent Catbots (shhhhh!) Fist-fighting Felines, and Skateboarding Skunk Punks! Our heroes will face: Savage Sewer Rats Puddles of Poodle Piddle, and even An Audition on 'Kitten's Got Talent'! But can anything prepare our feisty felines for the Pongs' perilous plans back on the farm...? ____________________________________________ "Every bit as snarky, funny and filled with rhyming and alliteration as the first book. Buy it for the middle-grader in your life and then read it yourself." -- pop.edit.lit "A great read for more confident middle graders who enjoy language play, funny adventures and, of course, love cats!" -- The Children's Book Council of Australia ____________________________________________ Cats Undercover is the follow-up to the much-loved Cats On The Run. It is PURRRFECT for fans of 'The Bad Guys' series by Aaron Blabey, the 'Upside Down Magic' series by Sarah Mlynowski, Emily Jenkins and Lauren Myracle, the 'Bad Kitty' books by Nick Bruel, and for fans of David Walliams, Nathan Hale, Natalie Lloyd, and Thea Stilton. A laugh-out-loud family-friendly adventure story for kids, preteens and grown-ups alike, this is crazy cat comedy at its best.
Buy Kindle Version
Buy Paperback Version 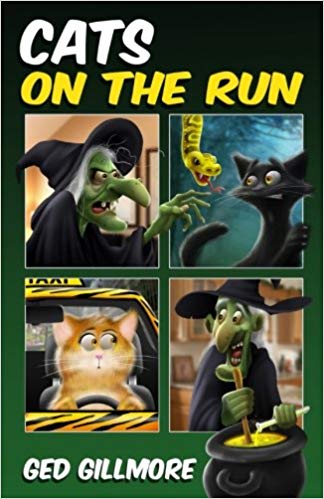 Cats on the Run (Tuck & Ginger)

Watch Out!!! This book is so funny you'll probably pee your pants laughing. Tuck and Ginger are two cats who get on each other's nerves. But they need to pause the claws if they're to escape from the high-rise apartment where they are trapped. And escape they must, for their kidnappers - Rodney and Janice Burringo - are warty wicked witches who want to use Tuck and Ginger's body parts to build the best witches' cat in the world: a black Purrari. Tuck, who's a few granules short of a litter-tray, and Ginger, a cynical street fighter gone to seed, must overcome their differences and survive a list of unlikely adventures if they're to escape alive from the beastly Burringos and their deadly spell before it's too late... __________________________________________ "Such a funny read for kids aged 8 to 12 or any adults who want a good laugh. It's witty and clever." -- The Mummy Project *FIVE STARS* -- Scholastic Reader Review Crew "This chapter book is laugh-aloud funny, quirky and original." -- Buzzword Books __________________________________________ Cats On The Run is PURRRFECT for fans of 'The Bad Guys' series by Aaron Blabey, the 'Upside Down Magic' series by Sarah Mlynowski, Emily Jenkins and Lauren Myracle, the 'Bad Kitty' books by Nick Bruel, and for fans of David Walliams, Nathan Hale, Natalie Lloyd, and Thea Stilton. Cats On The Run is the first book in the hilarious Tuck & Ginger series. A laugh-out-loud family-friendly adventure story for middle grade kids, preteens and grown-ups alike, this is crazy cat comedy at its best. Also available in AWESOME audio! p.s. the sequel, Cats Undercover, is available NOW in both eBook and Paperback. Enjoy!
Buy Kindle Version
Buy Paperback Version 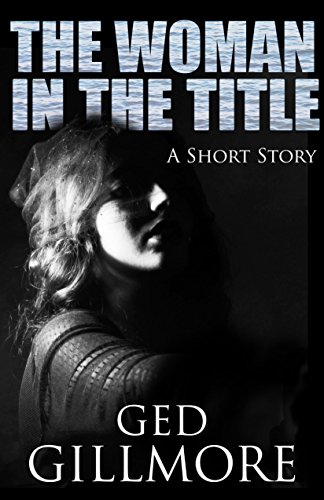 The Woman In The Title: A Short Story

Do two wrongs ever make a right? Bill Murdoch, the world's most reluctant private investigator, is hired by a mysterious woman to work out who is blackmailing her. But is there more to the case than meets the eye? This short story (approx 4000 words) sits alongside the forthcoming 'Bill Murdoch Mysteries' series which will include the full-length crime noir novels, HEADLAND, CLASS ACT, and BASE NATURE. Launching 18th October 2017.
Buy Kindle Version 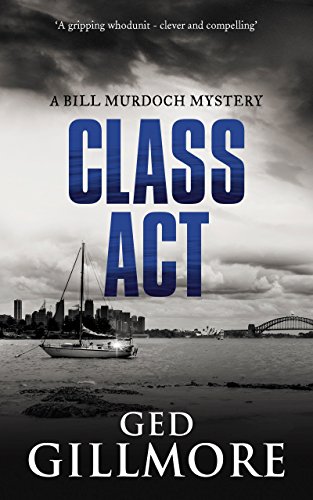 Can a man who’s lived a life of crime ever escape his past? The world’s most reluctant private investigator is about to find out... Former bad boy turned local hero, Bill Murdoch, should be happy with his little piece of paradise. After all, he’s got the fancy car and the big house by the beach. The only trouble is he’s slowly suffocating in small town life. So when Murdoch is hired to investigate who framed wealthy businessman, James Harte, for murder, he jumps at the chance. Going undercover amongst the jet set, Murdoch is quickly drawn into an exciting world of yachts, horse racing and glitzy parties. But soon Murdoch’s shady past looks set to catch up with him and when he falls for Harte’s beautiful wife, Amanda, things take a deadly turn. CLASS ACT is the gripping new murder mystery from bestselling author, Ged Gillmore. A perfect piece of modern Australian noir, it will grab you and keep you guessing until the very last line. ** THIS IS NOT THE AUSTRALIA YOU’VE SEEN ADVERTISED ** CLASS ACT is the second book in the Bill Murdoch Mystery series. It is perfect for fans of Peter Temple, Scott Pratt, Jane Harper, Garry Disher, and Peter Corris. Bad-boy-turned-local-hero, Bill Murdoch, returns for more Aussie noir adventures in the sequel BASE NATURE
Buy Kindle Version
Buy Paperback Version 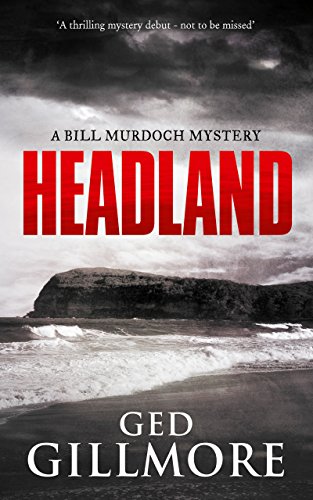 What happens when a drug dealer is forced to turn detective? Meet Bill Murdoch, the world's most-reluctant private investigator... Murdoch's doing just ﬁne, thanks for not asking. He's dealing drugs for a professional crime syndicate in Sydney and saving for a house by the sea. But what does he think life is, a fairy tale? As the syndicate puts pressure on him to fill the shoes of his murdered boss, Murdoch is cornered by an equally formidable foe: the Australian Tax Ofﬁce demanding an explanation for his sizeable cash income. Murdoch spins a beautiful lie, telling tax inspector, Hannah Simms, he's a private detective. When Simms asks him to investigate the mystery of her niece's disappearance, Murdoch grabs what he thinks is a golden opportunity to outrun the syndicate. But his arrival in the missing girl's small coastal home town causes an unexpected stir and the reluctant PI soon realises his troubles are only just beginning. HEADLAND is noir crime at its best, a thriller to keep you guessing until the very end. ** THIS IS NOT THE AUSTRALIA YOU'VE SEEN ADVERTISED ** HEADLAND is the first book in the Bill Murdoch Mystery series. Set in Sydney and small town Australia this series will appeal to fans of Garry Disher, Peter Corris, Jane Harper, and Peter Temple. Bad-boy-turned-local-hero, Bill Murdoch, returns in the sequels CLASS ACT, and BASE NATURE.
Buy Kindle Version
Buy Paperback Version
Scroll to top