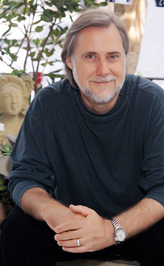 Melbourne-born Geoff McGeachin has spent much of his life shooting pictures for advertising, travel, theatre and feature films. His work has taken him all over the world including stints living in Los Angeles, New York and Hong Kong. He is now based in Sydney, where he teaches photography and writes.

His first novel, FAT, FIFTY & F***ED! won the inaugural AUSTRALIAN POPULAR FICTION COMPETITION and was published by Penguin in August 2004. Described by the SUNDAY TASMANIAN as 'one of the most exhilarating debut novels in many moons . . . wildly imaginative, irreverent, bitingly funny, beautifully paced and populated by the sort of characters we'd all love to know', it continues to entertain and amuse Australian and international readers.

Geoff followed up in 2006 with the humorous adventure thriller D-E-D DEAD! which introduced Alby Murdoch, Australian secret agent and international photographer, described by the SUNDAY AGE as, 'a genuine action hero, with a truly Australian irreverence'. The NEWCASTLE HERALD called it ‘a rip roaring and sexy spy novel that is un-put-downable.’
D-E-D DEAD! was nominated for a Ned Kelly Award.

SENSITIVE NEW AGE SPY, described by the SUNDAY TASMANIAN as 'cheekier than a runway full of g-string models', followed in 2007. It was also nominated for a Ned Kelly Award. The third book in the Alby Murdoch trilogy DEAD AND KICKING, was published to excellent reviews in January 2009. THE AGE's Cameron Woodhead wrote: 'McGeachin channels the ghost of Ian Fleming to entertaining effect in this high-octane adventure with a camp, comic gloss.' The SUNDAY TASMANIAN said: 'McGeachin has a real flair for action-adventure writing. His pacing is excellent, his ever-changing scene locations are richly detailed and his plotting is intricate without being cumbersome. Throw in his inimitable sense of humour and you have a sensational combination.'

His fifth novel, THE DIGGERS REST HOTEL, is a crime story set in Albury-Wodonga. The book marked a change of direction for McGeachin and introduced police detective Charlie Berlin, a former bomber pilot and ex-POW with a dark past. Published in June 2010 it was described by Christopher Bantick in THE WEEKLY TIMES as "... a bottler of a book ... terrific in all respects," with the HOBART MERCURY reviewing it as, “a feisty, beautifully researched thriller . . . shot through with brilliant insights and great dialogue, fitfully lit by explosive flashbacks to battle in the air.”

THE DIGGERS REST HOTEL was one of 10 titles selected for the State Library of VIctoria’s SUMMER READS PROGRAMME 2010/11.

Geoff's follow up book to THE DIGGERS REST HOTEL, BLACKWATTLE CREEK was published by Penguin in 2012. BLACKWATTLE CREEK continues the story of policeman Charlie Berlin ten years on. The book received widespread critical praise and on September 7th at the Brisbane Writers Festival won the BEST CRIME FICTION 2013 NED KELLY AWARD, presented by the Australian Crime Writers Association. The award judges described BLACKWATTLE CREEK as, 'A flawless novel that offers everything one could wish for in crime fiction: an enveloping sense of time and place, well-drawn and compelling characters and a suspenseful story that rips along at a cracking pace while still allowing a thought-provoking theme to be explored.'

A third Charlie Berlin story, ST KILDA BLUES will be published by Penguin in 2014 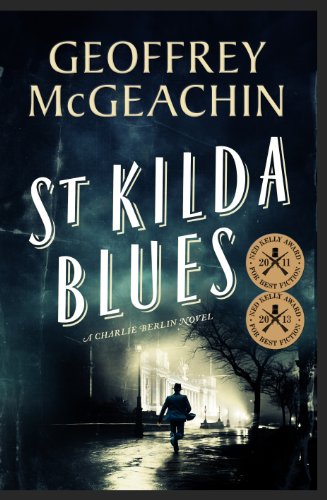 It's 1967, the summer of love, and in swinging Melbourne Detective Sergeant Charlie Berlin has been hauled out of exile in the Fraud Squad to investigate the disappearance of a teenage girl, the daughter of a powerful and politically connected property developer. As Berlin's inquiries uncover more missing girls he gets an uneasy feeling he may be dealing with the city's first serial killer. Berlin's investigation leads him through inner-city discothèques, hip photographic studios, the emerging drug culture and into the seedy back streets of St Kilda. The investigation also brings up ghosts of Berlin's past as a bomber pilot and POW in Europe and disturbing memories of the casual murder of a young woman he witnessed on a snow-covered road in Poland in the war's dying days. As in war, some victories come at a terrible cost and Berlin will have to face an awful truth and endure an unimaginable loss before his investigation is over. St Kilda Blues is Geoffrey McGeachin's seventh book and third in the Charlie Berlin series. The first Berlin novel, The Diggers Rest Hotel, won the 2011 Australian Crime Writers Association's Ned Kelly Award for Best Fiction with the follow up book, Blackwattle Creek, also winning the Ned Kelly Award for Best Fiction in 2013. 'A terrific read with great plot twists, complex characters and a menacing atmosphere.' Australian Bookseller+Publisher
Buy Kindle Version
Scroll to top