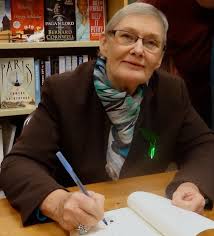 Glenda was born in Western Australia, the daughter of a farmer. She was educated at the University of Western Australia, where she obtained a degree in history and a diploma in education. Married to a Malaysian scientist, she lived for several decades in Malaysia, including a stint in Borneo, where she was actively involved in rainforest and bird conservation. She has also lived in Austria and Tunisia, but has now settled on the coast of Western Australia, not far from an osprey nest.

And What Glenda Says
When I was a child we lived on a small mixed farm at the foot of the Darling Ranges. I grew up with an early love of reading, and an affinity with wild open spaces and nature. Reading led naturally to writing; I told every one I was going to be an ‘authoress’ and the first novel was started aged about ten…

Unfortunately somewhere along the way that ambition was sidelined, and stayed that way for another 30 years… I became a secondary school teacher.

At twenty-four, I set sail for South-East Asia with a Malaysian husband, no money, but lots of enthusiasm. I learned to tie a sarong, cook with chillies, speak the language, clean squid, make curry, eat politely with the fingers of one hand, get rid of cobras in the house and explore the rainforest.

With a couple of kids and a series of part-time jobs, writing seemed forgotten. I started to develop a passion for conservation and birdwatching. I wrote articles for cash-strapped conservation magazines, and so at last I was truly a writer. In the meantime I taught English – to Malaysian university students, expatriate Japanese adults and Korean kindergarten kids, and later, as my husband’s U.N. job took us still further abroad, to Austrians in Vienna and Tunisians in North Africa.

While we were still living in Vienna, I finally decided I had to get serious about writing fiction…

So I churned out a bad novel. And then a better one. I sent off a fantasy to an agent in the U.K., she loved it and took me on. (That book has now been published by Voyager (Harper Collins Australia) as The Aware , Book One of a trilogy entitled The Isles of Glory.)

In the meantime, we moved to Tunisia where the view from my desk included the ruins of Carthage. I brushed up on my schoolgirl French, taught English to Tunisian engineering students who thought Australia was the promised land, and wrote another novel, with a Judaic-Roman-style background. That has now been published as the first book in The Mirage Makers trilogy.

We returned to Malaysia where I turned more and more to environmental work, earning a living as a field ornithologist. I’ve waded through mangrove swamps, been followed by a tiger and attacked by a king cobra, been caught in a flash-flood and stung by a colony of irate wasps, studied birds on tropical atolls and swum with turtles. I’ve survived an open boat in a tropical thunderstorm and been eaten alive by leeches, mosquitoes, sandflies, ticks, chiggers and things that don’t even have names. Would I do it all again? You betcha! In fact, I still do. My love of the rainforest is boundless, and I feel obligated to do my best to save it.

And all the time, I kept on writing—in tents, at home, on boats and beaches, in swamps and mangroves, in national parks and logging camps, in airports and on planes. My first book, Havenstar, was published in 1999 under my married name of Glenda Noramly. It was set in an unstable, constantly changing world, and received good reviews (you can have no idea of how relieved I was…) It even reached the bestseller list for all books on Amazon.co.uk. It was also translated into German and Russian. The feedback from readers was great (thanks everyone!).

Havenstar was followed by The Isles of Glory trilogy and The Mirage Makers trilogy. I am working on another trilogy at the moment, tentatively titled The Time of Random Rain. 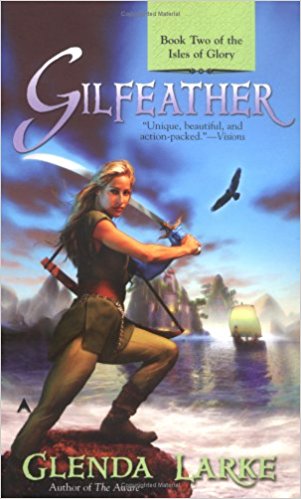 Banished by his own people, healer Gilfeather joins deadly swordswoman Blaze and blonde illusionist Flame in their quest to destroy a ruthless dunmagicker whose addiction to dark magic threatens the future of the Glory Isles. Original.
Buy Paperback Version
Scroll to top