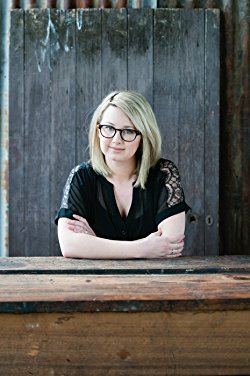 Hannah Kent was born in Adelaide in 1985. As a teenager she travelled to Iceland on a Rotary Exchange, where she first heard the story of Agnes Magnúsdóttir.

Hannah is the co-founder and deputy editor of Australian literary journal Kill Your Darlings, and is completing her PhD at Flinders University. In 2011 she won the inaugural Writing Australia Unpublished Manuscript Award.

Burial Rites is her first novel. 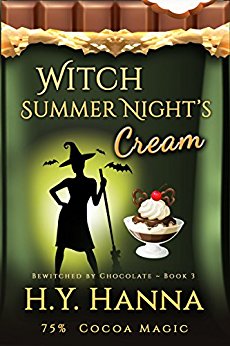 Murder, mystery and a chocolate love potion... Celebrating the summer solstice can be fun - especially when your grandmother is a witch with an enchanted chocolate shop! Caitlyn is looking forward to Midsummer's Eve in the tiny English village of Tillyhenge. But when a teenage girl is murdered and a priceless love potion goes missing, she and her cousins are plunged into a puzzling mystery. Is the girl's death connected to the midnight bonfires at the ancient stone circle? What about the two strangers who recently arrived in the village? With her naughty black kitten and toothless old vampire uncle (not to mention handsome British aristocrat, Lord James Fitzroy!) all lending a helping hand, Caitlyn sets out to do some magical sleuthing. But Midsummer's Eve is fast approaching and spells are going disastrously wrong... can Caitlyn use her newfound witch powers to find the killer - and maybe even mend a broken heart? WARNING: May contain traces of "Hahaha!" This book follows British English spelling and usage. Clean read: no graphic violence, sex, or strong language. Genre: humorous paranormal cozy mysteries / cat cozy mystery series / women amateur sleuth / British cozy mystery
Buy Kindle Version
Buy Paperback Version 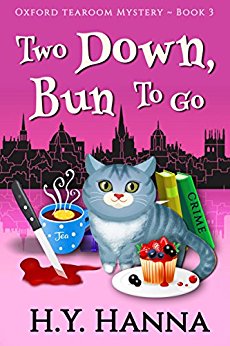 A sinister phone call in the middle of the night throws tearoom owner, Gemma Rose, straight into the heart of a new murder mystery--this time with her friend, Seth, arrested as the key suspect! The grisly killing in the cloisters of an old Oxford college points to a bitter feud within the University--but Gemma finds unexpected clues popping up in her tiny Cotswolds village. Meanwhile, her love life is in turmoil as Gemma struggles to decide between eminent doctor, Lincoln Green, and sexy CID detective, Devlin O'Connor... whilst her quaint English tearoom is in hot water as she struggles to find a new baking chef. With her exasperating mother and her mischievous little tabby cat, Muesli, driving her nutty as a fruitcake--and the nosy Old Biddies at her heels--Gemma must crack her toughest case yet if she is to save her friend from a life behind bars. ** Traditional English Chelsea Bun recipe at the end of the story! This book follows British English spelling and usage. Clean read: no graphic violence, sex, or strong language. Genre: humorous culinary cozy mysteries, cat cozy mystery series / women amateur sleuth / British detective mystery OXFORD TEAROOM MYSTERIES A Scone To Die For (Book 1) Tea with Milk and Murder (Book 2) Two Down, Bun To Go (Book 3) Till Death Do Us Tart (Book 4) Muffins and Mourning Tea (Book 5) Four Puddings and a Funeral (Book 6)
Buy Kindle Version
Buy Paperback Version 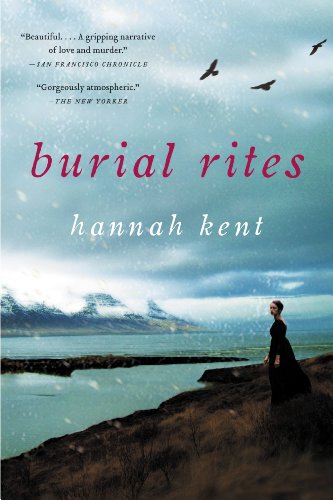 *Soon to be a major motion picture starring Jennifer Lawrence* A brilliant literary debut, inspired by a true story: the final days of a young woman accused of murder in Iceland in 1829. Set against Iceland's stark landscape, Hannah Kent brings to vivid life the story of Agnes, who, charged with the brutal murder of her former master, is sent to an isolated farm to await execution. Horrified at the prospect of housing a convicted murderer, the family at first avoids Agnes. Only Tóti, a priest Agnes has mysteriously chosen to be her spiritual guardian, seeks to understand her. But as Agnes's death looms, the farmer's wife and their daughters learn there is another side to the sensational story they've heard. Riveting and rich with lyricism, BURIAL RITES evokes a dramatic existence in a distant time and place, and asks the question, how can one woman hope to endure when her life depends upon the stories told by others?
Buy Kindle Version
Buy Paperback Version
Buy Hardback Version
Scroll to top