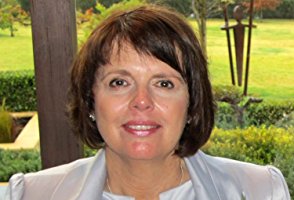 Heather Garside grew up on a cattle property in Central Queensland and now lives with her husband on a beef and grain farm in the same area. She has two adult children.
She has published four novels and has helped to write and produce several compilations of short stories and local histories. The Cornstalk was a finalist in the 2008 Booksellers’ Best Award, Long Historical category, for romance books published in the USA. Breakaway Creek was a finalist in the QWC/Hachette Manuscript Development Program and was released by Clan Destine Press in 2013. It is a rural romance with a dual timeline.
Heather works at home on the farm and helps produce a local monthly newsletter, amongst other voluntary activities. She enjoys patchwork and sewing and regularly attends a local craft group. 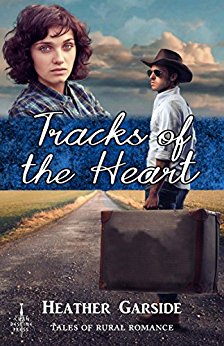 Tracks of the Heart

Three short stories of rural romance that will take you on journeys of heartbreak, terror and and a woman's tentative struggles to reclaim her identity. Playing With Fire Lisa is forced to revisit a tortured love affair when she recognises her companions on an outback train journey - an ill-fated family from her past. Bushwhacked Brittany's quest for adventure on an isolated cattle station goes horribly wrong when she and Scott, the head stockman, are abducted on a lonely county road. Coming Home Kirsty leaves a destructive marriage to return to her parent's cattle station, but has to contend with her father's new manager - the boyfriend she deserted years before in favour of the city.
Buy Kindle Version 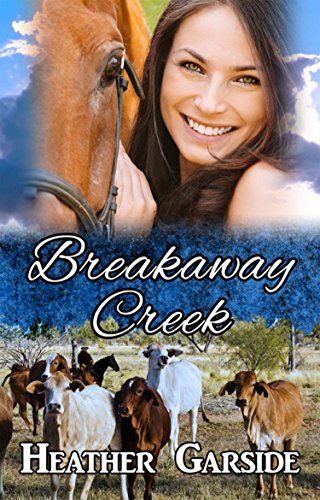 Two city women - a century apart - find love and adventure with rugged men in the Queensland outback. Two love stories; two parallel lives; two destinies. Set in the 19th and 21st centuries, Heather Garside's debut novel is a passionate rural romance of love and its consequences. Shelley and Emma are separated by time but bound by a dark secret to a place called Breakaway Creek. Betrayed by her long-term boyfriend, Shelley Blake has fled the city to return to her home town. Her interest in a photograph of her great-great-grandparents is piqued by her family's reticence about the mystery couple, and a search for answers takes her to the cattle station Breakaway Creek. Here she meets Luke Sherman, a man embroiled in the bitter ending of his marriage and a heart-breaking separation from his two small boys. Shelley resists an instant attraction to Luke, as neither is ready for a new relationship. And, while Luke struggles to reclaim his children, Shelley uncovers the truth about her ancestors, Alex and Emma. A story of racial bigotry and a love that transcends all obstacles takes the reader back to the pioneering days of the 1890s.
Buy Kindle Version 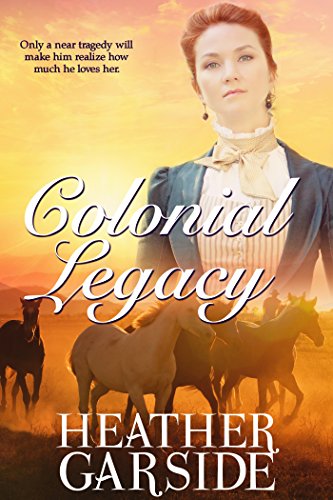 Growing up as the coachman’s son at Ashford Manor, Matt Jones is never at ease with his place in the world. Everything he believes about himself is turned upside down when he discovers a well-kept secret. He travels to Australia in search of his birth parents and revels in the rugged lifestyle on their Central Queensland cattle run. But a jealous younger brother and a clandestine relationship with Isabella, an innocent neighbour, make for stormy undercurrents. Isabella is heartbroken when he leaves to try his luck at the goldfields. Matt’s family intervenes on Isabella’s behalf, but there is trouble and a near-tragedy in store for Matt. When he finally realises how much he loves Isabella, he fears it may be already too late.
Buy Kindle Version
Buy Paperback Version 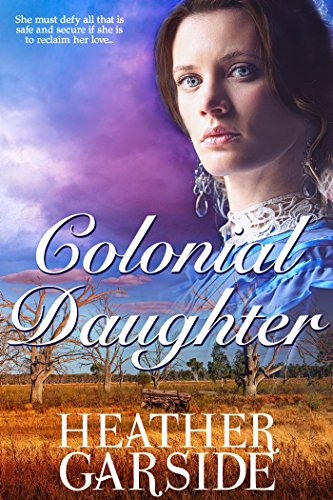 Determined not to join her wealthy parents in England, Louise Ashford finds work as a governess in the frontier settlements of Central Queensland. She falls in love with Lloyd Kavanagh, a young cattleman of convict descent. But she knows Lloyd will never be accepted by her family. Their romance ends abruptly when her brother Charles intervenes, carrying her off to England. Charles’s lies ensure Lloyd will not try to follow her. More grief awaits her in England and a disgraced Louise seizes the chance to accompany Charles back to Australia. She must defy all that is safe and secure if she is to reclaim her love and rebuild the life she longs for.
Buy Kindle Version
Buy Paperback Version
Scroll to top