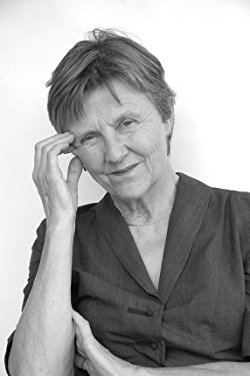 Helen Garner was born in Geelong in 1942. She has published many works of fiction including Monkey Grip, Cosmo Cosmolino and The Children's Bach. Her fiction has won numerous awards. She is also one of Australia's most respected non-fiction writers, and received a Walkley Award for journalism in 1993.

Her most recent books are The First Stone, True Stories, My Hard Heart, The Feel of Stone and Joe Cinque's Consolation. In 2006 she won the Melbourne Prize for Literature. She lives in Melbourne.

'Helen Garner is an extraordinarily good writer. There is not a paragraph, let alone a page, where she does not compel your attention.'
Bulletin

'She is outstanding in the accuracy of her observations, the intensity of passion...her radar-sure humour.'
Washington Post

'Garner has always had a mimic's ear for dialogue and an eye for unconscious symbolism, the clothes and gestures with which we give ourselves away.'
Peter Craven, Australian 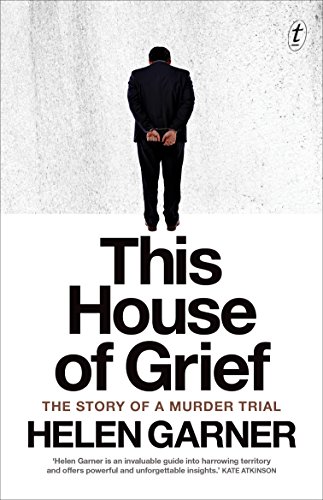 This House of Grief: The Story of a Murder Trial

Winner, Ned Kelly Awards, Best True Crime, 2015 A Times Literary Supplement Book of the Year, 2014 On the evening of 4 September 2005, Father’s Day, Robert Farquharson, a separated husband, was driving his three sons home to their mother, Cindy, when his car left the road and plunged into a dam. The boys, aged ten, seven and two, drowned. Was this an act of revenge or a tragic accident? The court case became Helen Garner’s obsession. She followed it on its protracted course until the final verdict. In this utterly compelling book, Helen Garner tells the story of a man and his broken life. She presents the theatre of the courtroom with its actors and audience, all gathered for the purpose of bearing witness to the truth, players in the extraordinary and unpredictable drama of the quest for justice. This House of Grief is a heartbreaking and unputdownable book by one of Australia’s most admired writers. Helen Garner’s first novel, Monkey Grip won the 1978 National Book Council Award, and was adapted for film in 1981. Since then she has published novels, short stories, essays, and feature journalism. In 1995 she published The First Stone, a controversial account of a Melbourne University sexual harassment case. Joe Cinque's Consolation (2004) was a non-fiction study of two murder trials in Canberra. In 2006 Helen Garner received the inaugural Melbourne Prize for Literature. Her most recent novel, The Spare Room (2008), won the Victorian Premier’s Literary Award for Fiction, the Queensland Premier’s Award for Fiction and the Barbara Jefferis Award, and has been translated into many languages. Helen Garner lives in Melbourne. ‘This House of Grief (Text) is a gripping account of a murder trial in which few of the participants act and react in ways we might predict. It’s an examination not just of what happened, but also of what we prefer to believe and what we cannot face believing.’ Julian Barnes, Books of the Year, TLS ‘Helen Garner’s account of the trial is a non-literary variation of Truman Capote’s In Cold Blood (1966).’ Eileen Battersby, Books of the Year, Irish Times ‘Helen Garner is an invaluable guide into harrowing territory and offers powerful and unforgettable insights. This House of Grief, in its restraint and control, bears comparison with In Cold Blood.’ Kate Atkinson ‘As involving, heart-rending and unsettling a read as you could possibly find, a true-life account of three deaths and a trial that leaves you with a profound sense of unease as its drama unfolds, and disturbing questions about how we judge guilt and innocence.’ The Times ‘This House of Grief is a magnificent book about the majesty of the law and the terrible matter of the human heart...If you read nothing else this year, read this story of the sorrow and pity of innocents drowned and the spectres and enigmas of guilt.’ Peter Craven, Weekend Australian ‘[Garner] has turned a courtroom drama into something deeply human.’ Jennifer Byrne, Australian Women’s Weekly ‘It grabbed me by the throat in the same way that the podcast series “Serial” did. Ms. Garner brilliantly and compassionately recounts the harrowing, real-life trial of Robert Farquharson.’ Gillian Anderson, Wall Street Journal, Books of the Year 2015
Buy Kindle Version
Buy Paperback Version
Scroll to top