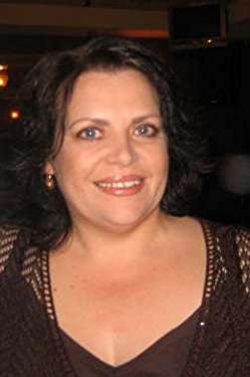 Helen Lacey grew up reading Black Beauty, Anne of Green Gables and Little House on The Prairie. These childhood classics inspired her to write her first book when she was seven years old, a story about a girl and her horse. Her parents' love of travel meant she saw much of the world in those early years and she feels fortunate to have had a diverse and interesting education over several continents.
She continued to write into her teens and twenties with the dream of one day being a published author. A few years and careers later she got the call from Harlequin Special Edition. She loves writing about tortured heroes, both cowboys and CEO's, and heroines who finally get the love of the man of their dreams.
From Welsh parents and a large family, she lives on the east coast of Australia in a small seaside town at the southern most point of The Great Barrier Reef, with her wonderfully supportive husband, many horses and three spoiled dogs. 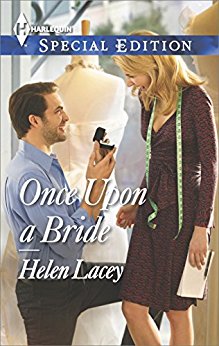 Once Upon a Bride

Happily ever after…? When Gabe Vitali escapes to a fresh start in Crystal Point, Australia, the former physician isn't looking for a storybook ending. For the first time he's living in the moment. His new five-year plan does not include serious relationships. But he doesn't anticipate his unavoidable next-door neighbor…and an undeniable attraction. Bridal consultant Lauren Jakowski wants marriage. She's just sworn off love and sex! To avoid getting burned again, she's looking for safe and forever-after. But they're not Gabe's to give–for reasons he can't share with anyone, least of all this pretty complication. Gabe and Lauren don't figure on a fairy tale. But fate has other plans….
Buy Kindle Version
Buy Paperback Version 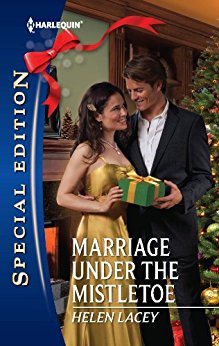 Marriage Under the Mistletoe

Strong. Sensible. Dependable. That was Evie Dunn's type. Certainly not young, fearless, gorgeous firefighter Scott Jones. She knew the wisest course was to keep her distance, but she couldn't resist the allure of a holiday fling. Now the widowed single mom found herself with an unexpected post-Christmas gift—she was having Scott's baby! Scott came to Crystal Point to see his sister tie the knot, not fall for the alluring owner of the town's oceanfront B and B. He knew he was all wrong for Evie, but he would do anything to win her heart and build the family he'd always wanted. All he had to do was persuade Evie to take the biggest risk of her life…on love.
Buy Kindle Version
Buy Paperback Version 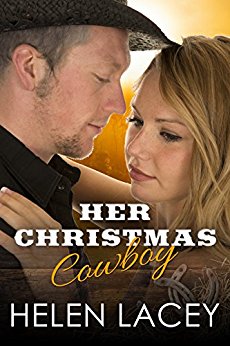 For city-girl Elyse Prescott, returning to her home town of Denary means one thing–facing every reason why she left…including Brett McCrane. Now Elyse has to make a choice–to go back to the city and her old life…or take a chance on love.
Buy Kindle Version 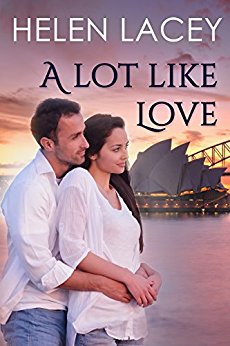 Mark Dennison will do anything to save his daughters life…even if that means reconnecting with the one person he never wants to see again. The woman who killed his wife. After her twin sister’s death, Catherine McLeod gave up all hope of seeing her young niece ever again. But when Mark rocks up on her doorstep and announces she’s the only one who can save Sophie, she’s prepared to do whatever she can to help. Which doesn’t include falling for the one man she can never have. A man who can never discover her secret promise.
Buy Kindle Version 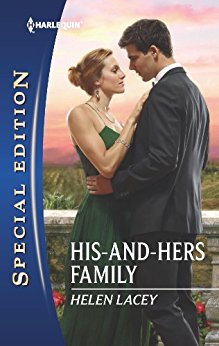 Fifteen years ago, Fiona Walsh made a choice: to give her daughter up for adoption. But she'd never given up hope of meeting her little girl. So when opportunity for a reunion came knocking—in the form of her daughter's tall, dark and sexy uncle—she opened the door to her past…and found true love on her doorstep! Businessman Wyatt Harper liked his life carefully ordered, with details falling neatly into place. As Cecily's guardian, her welfare came first. Yet his searing attraction to Fiona turned his entire world upside down—it was unlike anything he'd ever felt! This could be for keeps. But Wyatt had been burned before, badly. Could Fiona's tender ways win Wyatt's scarred heart—and make them into a family?
Buy Kindle Version
Buy Paperback Version 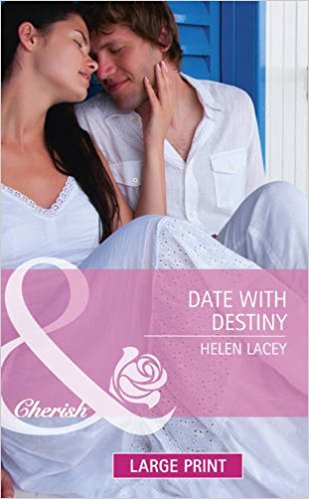 Was it fate…or a labor of love? Find out as Grace Preston comes face-to-face once again with teenage crush Cameron Jakowski in author Helen Lacey's fourth book for Harlequin Special Edition, Date with Destiny… Financier Grace Preston did fourteen-hour days in New York City. She didn't do small towns in Australia. Not since she'd fled almost twenty years ago. But when a personal trauma sent her home—with a secret she couldn't reveal—the last person she needed was her first love. Local cop Cameron Jakowski had loved Grace for most of his life. But he wanted marriage and family and she didn't. He was small town, while she was big city—and lived half a world away. But for now she was right here—a walking, talking temptation. One he managed to avoid…until he made one mistake. He kissed her. And reawakened the passion that could change their lives…forever.
Buy Kindle Version
Buy Paperback Version
Buy Hardback Version 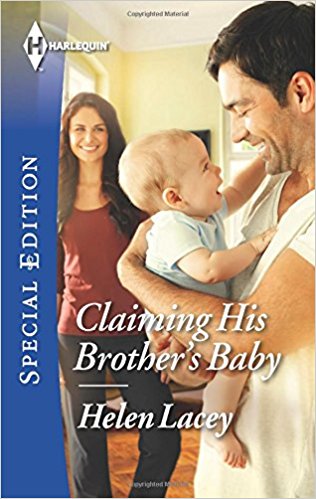 His Brother's Family Cassie Duncan knew it was only a matter of time until Tanner McCord tried to sell her house out from under her. Still, the single mom can't help but be touched by the sacrifices the handsome loner makes for her and her son, even babysitting when she's sick! She knows he's keeping secrets—after all, it runs in his family… Tanner returned to his childhood home in Australia to settle his estranged brother's estate—not fall for the woman who'd borne his brother's son. But one look into Cassie Duncan's blue eyes, and the rancher's heart was lassoed good and tight. He wants to give Cassie everything she's been denied…but doing so means confessing the truth about his brother and might ruin their chances at true family…
Buy Kindle Version
Buy Paperback Version 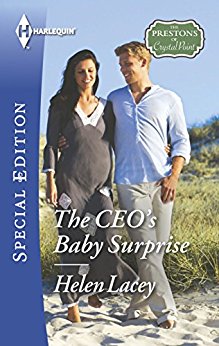 Mary-Jayne Preston didn't do one-night stands—ever. Except for her one and only with devastatingly handsome tycoon Daniel Anderson, who swept her off her feet before she knew what was happening! The attraction was powerful…and seemingly mutual. But when she told him she was pregnant, all bets were off! Daniel hadn't let his guard down since tragedy struck his own life four years earlier. Now he's drawn to the irresistible M.J., but cannot—will not—let himself fall in love with her. He insists on marriage to protect her and their twins, but M.J. will accept nothing less than true love from this lone wolf…forever.
Buy Kindle Version
Buy Paperback Version 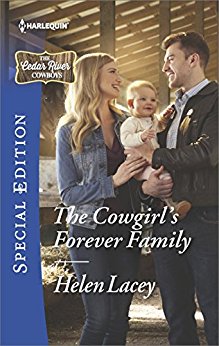 ONE WEEK TO BUILD A HAPPY-EVER-AFTER? The cowgirl: Brooke Laughton wants one thing: the family she can't have. When a gorgeous man and a giggling baby girl step onto her Cedar River ranch, her dream comes true. Or so she hopes… The city boy: Tyler Madden wants to find the baby's unwitting birth father—Brooke's missing brother—and fulfill a promise to the late mother. Then he can go back to his lucrative law practice. Or so he hopes… But one little baby has a different agenda. Little Cara wants a family…and the lonely cowgirl and the commitment-phobic lawyer are just the mommy and daddy she needs! She's got one week to show them what's right in front of them. Desire. Love. And the promise of a forever family…
Buy Kindle Version
Buy Paperback Version 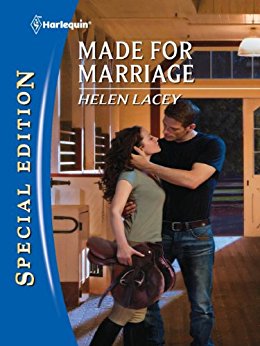 Made for Marriage: A Single Dad Romance

Equestrian Callie Jones was used to difficult parents at her riding school. But Noah Preston took the cake. How dare he question her teaching abilities, after his headstrong daughter paid no heed to rules—her teacher's or her father's? Single dad Noah was ready to apologize for overreacting. But he wasn't sorry for the way the stunning American riding instructor made him feel. And he soon learned that there was more to Callie than her smarts, sass and fire: a shattered heart that threatened to splinter even further. Could he make her see that he—and his family—were for keeps?
Buy Kindle Version
Buy Paperback Version 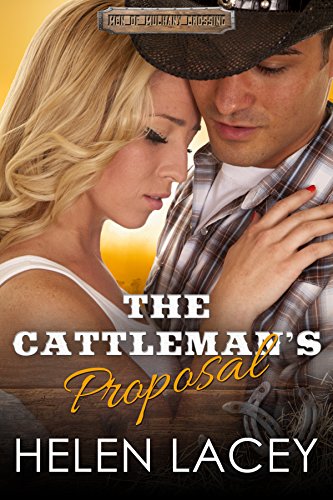 Joley McBride had no interest in Nate Garrigan…even though he’d made it crystal clear that he wanted her. The rich and handsome rancher was the kind of man she'd sworn off years ago. But now, part of her beloved flying school was in his hands and Joley would do anything to get it back—including agree to his arrogant demand that she spend a month on his isolated cattle property. Still feeling the sting of a bitter divorce, Nate knew what he wanted—a wife, children and a life void of any romantic nonsense. And he wanted it with the spirited and beautiful Joley McBride. With the help of a little blackmail, he might just get it. Only, he hadn’t anticipated that Joley would challenge his logical approach to relationships and unexpectedly touch his toughened heart.
Buy Kindle Version 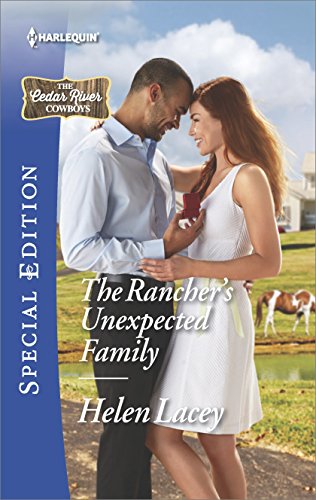 Running a ranch for troubled kids, policing the town and raising a son—Ash McCune is in complete control of her hectic life. Till one sexy single dad arrives on her Cedar River ranch with his daughter. Cole Quartermaine is rich, successful, a good father. But in weeks, he's leaving. So why does he make her feel something she hasn't felt in years—like a woman? Cole needs this ranch to connect with his newfound daughter. What he doesn't need is a jaw-dropping attraction to the cowgirl cop who runs it. Nor hero worship from her son. He's got three weeks to resist her and return to the city, a party of two…or stay and make a family of four.
Buy Kindle Version
Buy Paperback Version 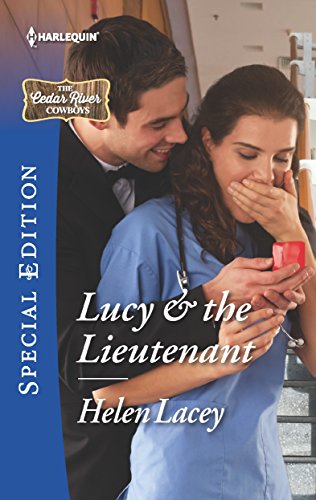 THE VIRGIN AND THE VETERAN Dr. Lucy Monero feels like the oldest virgin on the planet. Still crushing on her longtime neighbor, she's waited a lifetime for her first…and last. The man she'll marry. And now he's back—the star of her fantasies, ex-cowboy-turned-army-vet Brant Parker. The physician in her recognizes a wounded soul, but the woman in her burns for his touch. Lucy's head is filled with visions of white lace and white picket fences. The last thing Brant needs is the walking, talking temptation that is Lucy. He may be out of his army fatigues but he still carries his demons. He's a loner, not the marrying kind that the hometown sweetheart deserves. So why can't he stop wanting her?
Buy Kindle Version
Buy Paperback Version 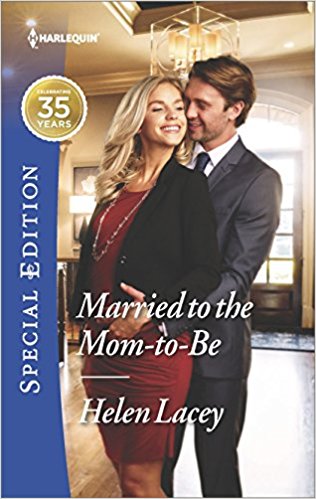 Married to the Mom-to-Be

She's late. That kind of late… Kayla Rickard always planned to marry and start a family—with the right man. Then she met Liam O'Sullivan. Once she sampled passion in his arms, she forgot the feud that separated their families for decades. Now Kayla's in two times the trouble. She's secretly married to—and pregnant by—public enemy number one. After eloping to Vegas, the scion of the O'Sullivan empire wants to come clean. Liam wants his wife—at his side, in his bed. He'll do whatever it takes, even get to the bottom of the feud. But are he and Kayla prepared for the bombshells they'll uncover? They have no choice—because in nine months their little secret will be born!
Buy Kindle Version
Buy Paperback Version 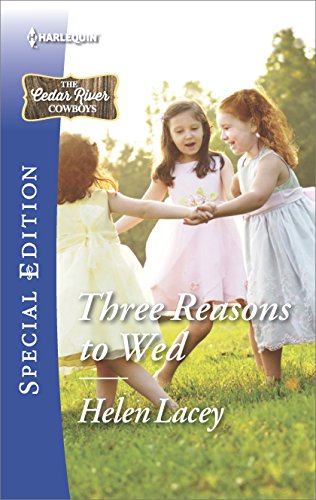 "Why Daddy Should Marry" by Breanna, Milly and Tina 1. It's been long enough. 2. He looks cute when he plays dress-up with us. 3. We want a mommy—now! In Cedar River, Grady Parker's a "catch." But on his ranch, he's just "Daddy." His three little daughters are all the females he needs…until Marissa Ellis moves in next door. He and his late wife's best friend never agree on anything—but attraction! Marissa fulfills her promise to love her goddaughters, but their sexy cowboy daddy is off-limits. She can't—won't—step into her best friend's shoes and husband's bed, no matter how tempting he is, or how cozy his family. But three darling little girls can be awfully persuasive…
Buy Kindle Version
Buy Paperback Version
Buy Hardback Version
Scroll to top