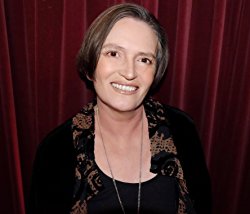 Isobel Blackthorn is a prolific Australian novelist. She writes both contemporary/literary, thrillers and dark fiction. She is the author of Asylum (2015), The Drago Tree (2015 and in Spanish translation 2017) and A Perfect Square (2016), and the short story collection All Because of You (2016, 2012). Her cosy crime novel, La Mareta, will be released by Odyssey Books in April 2018. Her dark psychological thriller, The Cabin Sessions, was released by HellBoundBooks in October 2017. Her short story, ‘Ignominy’ appears in Shopping List 2 (HellBound Books, 2017). A dark comedy thriller, The Legacy of Old Gran Parks, will be released by HellBound Books, 6 April 2018.

Isobel is at work on another two works of dark fiction, one set in Las Vegas, the other, Fuerteventura, Canary Islands, Spain.

Isobel’s writing has appeared in journals and websites around the world, including Paranoia Magazine, Mused Literary Review, Backhand Stories, Fictive Dream and On Line Opinion.

Isobel’s interests are many and varied. A humanitarian and campaigner for social justice, in 1999 Isobel founded the internationally acclaimed Ghana Link, uniting two high schools, one a relatively privileged state school located in the heart of England, the other a materially impoverished school in a remote part of the Upper Volta region of Ghana, West Africa.

Isobel has a background in Western Esotericism and she’s a qualified Astrologer. She holds a PhD from the University of Western Sydney, for her research on the works of Theosophist Alice A. Bailey, the ‘Mother of the New Age.’ After working as a teacher, market trader, and PA to a literary agent, she arrived at writing in her forties, and her stories are as diverse and intriguing as her life has been.

Isobel performs her literary works at events in a range of settings, gives workshops in creative writing, and writes book reviews. Her reviews have appeared in Shiny New Books, Sisters in Crime, Australian Women Writers, Trip Fiction and Newtown Review of Books. She talks regularly about books and writing on radio, in Australia, and on occasion in the UK and USA and Canary Islands.

British by birth, Isobel entered this world in Farnborough, Kent, as Yvonne Margaret Grimble. She has since been Yvonne Rodgers, before changing her name completely in 1996 to Isobel Schofield. After a number of years as Isobel Wightman, she is now very happily and permanently Isobel Blackthorn. Isobel has lived in England, Australia, Spain and the Canary Islands. She now lives on Australia’s southern coast with her cat, Psyche. She is currently at work on her first comedy horror novel. 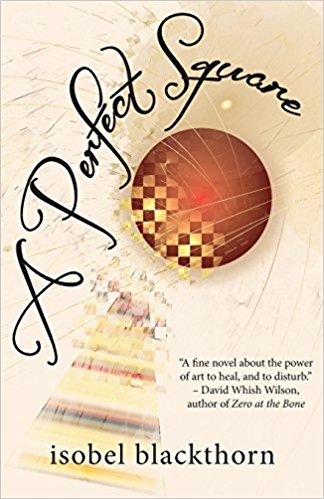 When pianist Ginny Smith moves back to her mother's house in Sassafras after her breakup with the degenerate Garth, synaesthetic and eccentric artist Harriet Brassington-Smythe contrives a creative collaboration to lift her daughter's spirits: an exhibition of paintings and songs. Mother and daughter struggle to agree on the elements of the collaborative effort, and as Ginny tries to prise the truth of her father’s disappearance from a tight-lipped Harriet, both are launched into their own inner worlds of dreams, speculations and remembering. Meanwhile, another mother and artist, Judith, alone in a house on the moors, reflects on her own troubled past and that of her wayward daughter, Madeleine. Set amid the fern glades and towering forests of the Dandenong ranges east of Melbourne, and on England's Devon moors, A Perfect Square is a work of remarkable depth and insight.
Buy Kindle Version
Buy Paperback Version 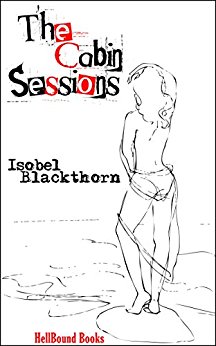 The Cabin Sessions is a confronting, hard-hitting, dark psychological thriller told with acid wit. Themes of abuse are explored through minds distorted by fear and corrupted by hatred and delusion; this is a tale in which redemption is gained in unexpected ways. It's Christmas Eve when hapless musician Adam Banks stands on the bridge over the river that cleaves the isolated village of Burton. A storm is rolling into the narrow mountain pass. He thinks of turning back. Instead, he resolves to fulfil his obligation to perform the guest spot at The Cabin Sessions. He should be looking forward to it, but fear stirs when he opens the door on the Cabin¿s incense-choked air. Philip Stone is already there, brooding. He observes with a ruthless eye the regulars, from sleazy barmaid Hannah Fisher, to old crone Cynthia Morgan. Meanwhile, Philip's sister, Eva, prepares to take a bath. It¿s a ritual - she¿s a breath holder. At twenty-eight, Eva has returned to Burton to finish the business of her past, as memories begin to surface concerning one fateful day by the river and the innocence of her beloved brother...
Buy Kindle Version
Buy Paperback Version
Scroll to top