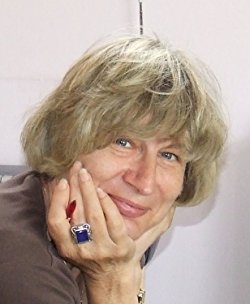 Visiting the Tower of London when she was eight, Londoner Isolde Martyn fell in love with history and by fourteen was determined to become a historical novelist. An Honours degree in History with specialization in the Yorkist Era gave her a solid grounding in research. After meeting a rather charming geologist at a bus stop in her graduation year, she somehow ended up in Perth and then Sydney, working in academia and publishing.
Before taking up writing fiction full-time, she edited the 'Motoring Guide to Australia', 'Foods that Harm, Foods that Heal' and 'How to Fix Just About Anything' for Reader's Digest General Books.
Isolde's debut novel, THE MAIDEN AND THE UNICORN, won the Rita Award for 'Best First Novel' in the USA and her first two books won the R*BY [Romantic Book of the Year Award] in Australia.
More recently, Isolde's novels have focused on real historical people: Mistress Shore; Katherine Neville, Lady Hastings; Queen Elizabeth Woodville; and Harry Stafford, Duke of Buckingham.
She is a former chair of the NSW Richard III Society and a co-founder and vice-chair of the Plantagenet Society of Australia. 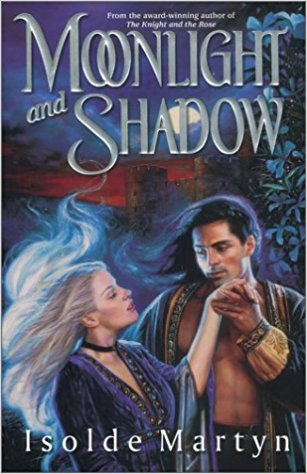 As the War of the Roses comes to a close, the houses of York and Lancaster seem to have put their old battles to rest. But too many players are within a stone's throw of the throne. Amidst political strife, Heloise Ballaster, maid-of-honor to Richard of Gloucester's duchess, and Sir Miles Rushden, friend and adviser to the Duke of Buckingham, are about to be ensnared in love's trap, all the while struggling to stay alive in this deadly battle for the crown.
Buy Kindle Version
Buy Paperback Version 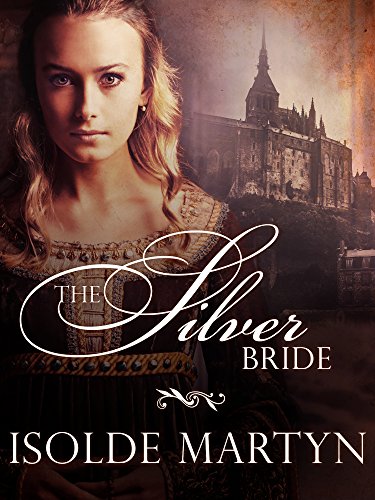 When it's love versus loyalty, every choice could be your last. In a world where her clairvoyance could see her burned as a witch, Heloise has never believed herself worthy of love. So when her father forces Sir Miles Rushden to marry her at swordpoint, Heloise is not expecting a happy ending. Cast out by her father, she has no choice but to throw herself on the mercy of her reluctant bridegroom. Sir Miles Rushden, adviser to Harry, Duke of Buckingham, awaits the chance to thrust his friend towards the crown. But the threat to Miles's ambitions, when it comes, is from a completely unexpected source. His silver-haired wife is a former maid of honour in Richard, Duke of Gloucester's household, and she intrigues him in a way no woman has. When King Edward IV unexpectedly dies. Miles and Heloise find themselves at the heart of a power struggle as the mighty dukes of Gloucester and Buckingham manoeuvre ruthlessly to seize the crown. In a conspiracy that could have a lethal ending, can loyalty, that most elusive, fragile cornerstone of love, prevail?
Buy Kindle Version
Buy Paperback Version 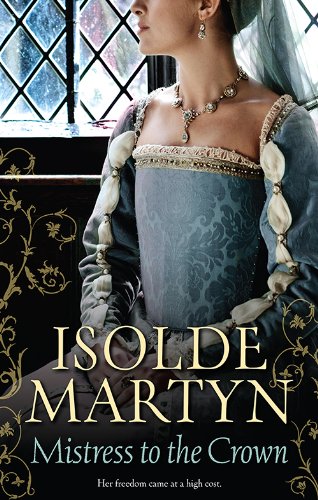 Mistress To The Crown

The day Lord Hastings came into her husband's shop, Elizabeth saw the opportunity she had waited 12 years for -- a way to separate herself once and for all from her dull, impotent husband, William Shore. The handsome stranger presented not only the chance to partake in the dance of desire, but legal counsel to annul her 12 year marriage. She did not, however, foresee her introduction to his friend, the King of England, nor her future at his side...and in his bed. From this unlikely alliance, Elizabeth is granted severance from Shore, and finds herself flourishing in the radiance of the King's admiration. But she soon finds that her new position comes at a terrible price -- her family are shunning her, the people of London label her a harlot and the Queen's family want her to burn in Hell. So long as King Edward and Lord Hastings stay close, Elizabeth is safe. However, her beloved Ned falls ill and Lord Hastings falls out of favour. Can Elizabeth's wiles keep her out of trouble? Or will they lead her to the hangman's noose?
Buy Kindle Version
Buy Paperback Version 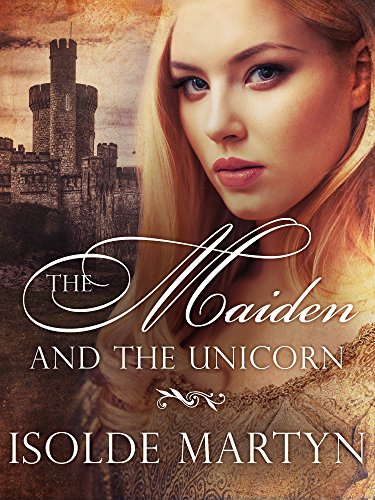 The Maiden and the Unicorn

For Margery, the choice between 'spy' or 'wife', is really no choice at all. When King Edward IV offers her an irresistible challenge – to act as his secret courier to France – Margery is more than willing to risk her life for the King and escape marriage to Sir Richard Huddleston, the man who kidnapped her to further his political career. Yet upon arriving in France, Margery is shocked to discover that Richard is the man her powerful protector, Warwick the Kingmaker, has decreed she will marry. As Warwick forms a despicable alliance with King Edward's foes, Margery finds herself ensnared in a vicious web of political intrigue. Torn between loyalty to Edward and a dangerous attraction to her enigmatic, traitor husband, Margery's mission becomes a race against time to outwit her enemies and, above all, Richard. This unforgettable tale of power, passion, and intrigue is perfect for fans of Philippa Gregory, Diana Gabaldon and Alison Weir.
Buy Kindle Version
Buy Paperback Version
Buy Hardback Version 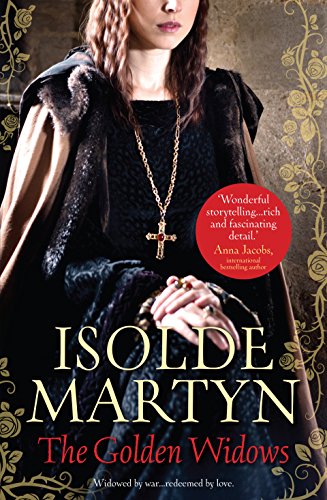 Two young women on opposing sides find their lives wrecked by battle ... can they be restored by love? As sister to Warwick the Kingmaker and cousin to the new young King Edward IV, Kate Neville finds herself on the winning side of the latest bloody battle of the War of the Roses – and under pressure to marry again. Kate’s family want to ensure her new husband will be someone they control, such as the king’s handsome chamberlain, Lord William Hastings, but Kate is refusing. Hastings has a reputation as a womaniser and she wants a man who won’t betray her like her first husband did. But the debonair Hastings is determined to win her heart. Can she thwart her brother’s plans for her? Elysabeth Woodville is a beautiful young woman, much adored by her husband, Sir John Grey, but when he is killed in battle on the losing side and named as a traitor, his estate is seized by the Yorkists and she finds herself penniless and friendless. In her desperate struggle to restore her sons’ inheritance, she finds herself not only kneeling before her enemy but winning his heart. Is she is too proud to become his mistress? Or does the King of England love her enough to ignore his friends’ advice and make her his queen? In the precarious peace of a bloody civil war, can love heal the wounds and reunite families?
Buy Kindle Version
Buy Paperback Version 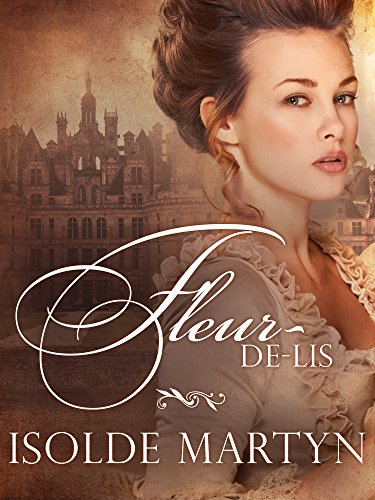 Fleur's life depends upon her outwitting the man she is drawn to above all others. France 1793. After the dispersal of her family in the bloody upheaval of the French Revolution, Fleur de Montbulliou, a beautiful young aristocrat, is forced into hiding. While she is living a hand-to-mouth existence in the countryside, her chance encounter with a mysterious stranger results in a marriage proposal. Determined to survive, Fleur weds a dying man she hardly knows and assumes a new identity as the widow of Matthieu Bosanquet, a prosperous merchant from the city. And so she is swept into the very heart of Paris, a place as treacherous as it is exciting. As the widow Bosanquet and in a further disguise as the provocative actress La Coquette, she is adored and feted by the deputies of the Revolution, and plays a hazardous game of double deception. However, to preserve her precious freedom, she must outwit one particular man – the cool, intelligent deputy Raoul de Villaret. As political unrest plunges Paris yet more deeply into chaos, Fleur will be forced to take ever greater risks. In a glittering, dangerous world where anything might happen, can love survive?
Buy Kindle Version
Buy Paperback Version
Scroll to top