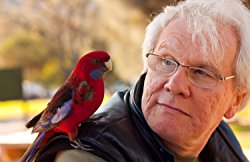 JACK DANN is a multiple-award winning author who has written or edited over seventy-five books, including the international bestseller The Memory Cathedral, which was #1 on The Age Bestseller list, and The Silent, which Library Journal chose as one of their ‘Hot Picks’ and wrote: “This is narrative storytelling at its best… Most emphatically recommended.” He currently lives on a farm overlooking the sea near Foster, in the Gippsland region of Victoria, and “commutes” back and forth to Los Angeles and New York. 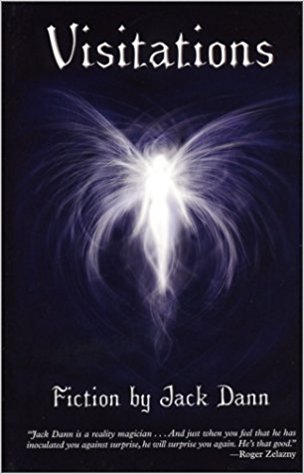 Australian author Jack Dann has received the Nebula Award, the World Fantasy Award, the Australia Aurealis Award, and has been honored by the Mark Twain Society. Now, in his first collection in more than two decades, Five Star is pleased to present Visitations, fourteen of Jack Dann's finest works of short fiction, including several Nebula Award-nominated stories.
Buy Hardback Version 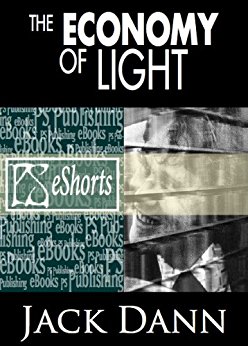 The Economy of Light

Stephen is a retired Nazi hunter, divorced yet living happily enough on his ranch on the fringe of the Amazon jungle. But when Brazilian police unearth the alleged remains of the detested Auschwitz camp doctor, Josef Mengele, Stephen's life is immediately and traumatically transformed. At the grave site, he falls suddenly ill, and the diagnosis is terminal cancer; a hideous skin disease adds to his woes; and the Indian couple working at the ranch soon hint that Stephen's unresolved relationship with Mengele is the moral and spiritual core of a syndrome only superficially physical. For Stephen as a boy was a prisoner at Auschwitz, a subject of Mengele's horrifying medical experiments; his twin brother and his mother died there at Mengele's hands; survivor's guilt and mortal hatred remain unassuaged after the Doctor's peaceful death in exile. Something must be done. And so Stephen, accompanied by his strangely quiet and also afflicted Indian ranch foreman, Genaro, sets out to consult a rumoured miracle-working Doctor in a remote jungled region of Brazil. The pilgrimage is arduous and hallucinatory at once; and Stephen must ready body and soul to confront his darkest, most persistent hopes and fears...
Buy Kindle Version 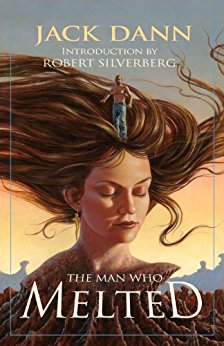 The Man Who Melted

The Man Who Melted is a warning for the future. It is the Brave New World and 1984 for our time, for it gives us a glimpse into our own future — a future ruled by corporations that control deadly and powerful forms of mass manipulation. It is a prediction of what could happen...tomorrow. The Man Who Melted examines how technology affects us and changes our morality, and it questions how we might remain human in an inhuman world. Will the future disenfranchise or empower the individual? Here you'll find new forms of sexuality, new perversions, new epiphanies, and an entirely new form of consciousness. Would you pay to "go down" with the Titanic? In this dystopia the Titanic is brought back from the bottom of the sea and refurbished, only to be sunk again for those who want the ultimate decadent experience. Some passengers pay to commit suicide by "going under" with the ship. The Man Who Melted has been called "one of the greatest science fiction novels of all time" by Science Fiction Age and is considered a genre classic. It is the stunning odyssey of a man searching through the glittering, apocalyptic landscape of the next century for a woman lost to him in a worldwide outbreak of telepathic fear. Here is a terrifying future where people can gamble away their hearts (and other organs) and telepathically taste the last flickering thoughts of the dead.
Buy Kindle Version
Buy Paperback Version
Buy Hardback Version 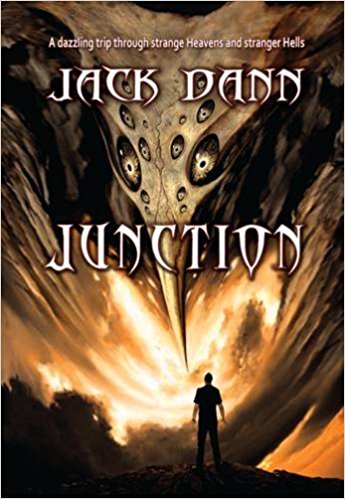 (Signed Jacketed Hardcover Novel) First hardcover edition of the authors groundbreaking 1981 novel. I wont be a figment of your dream, Ned said aloud, staring ahead, looking to see if there was an end to this dream that contained him. And he remembered what Ahasuerus had said: . . . You found little happiness in that world which was built on the dreams of the dead. It was a tiny cosmos of old thoughts. But even then you were dreaming of Hell . . . When Ned Wheeler sets out on a journey from the overly pious yet ribald community that is Junctionsituated on the outskirts of Hellhe has a nagging doubt that all is not right with the world. The appearance of a winged and many-eyed bird beast had been seen by the god-fearing townsfolk as a portent of the end of days and their fears and suspicions, directed toward Ned, persuade him to follow the beast into Hell itself. Little can he imagine the consequences of his actions, let alone comprehend the ensuing events . . . events that will cause him to question the very fabric of his existence and the reality of the world around him. Junction is where Ursula Le Guin's The Lathe of Heaven and Tony Boucher's The Quest for Saint Aquin meet . . . and yet it is an entirely new novel . . . I may very well be basing some of my future work on Junction.Philip K. Dick
Buy Paperback Version
Buy Hardback Version 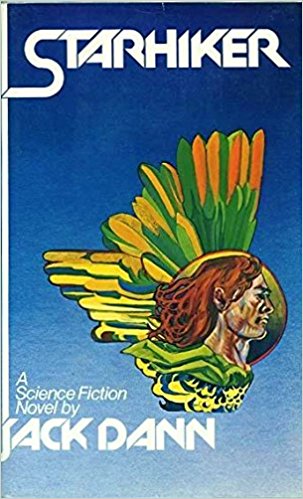 164 pp. "Starhiker is ostensibly a straight-forward adventure story, but what begins as external action from the floating city of The Fragrant Cloud to the land of the Tfeligen becomes an internal landscape in which Bo, a wandering minstrel from earth, must travel."
Buy Hardback Version 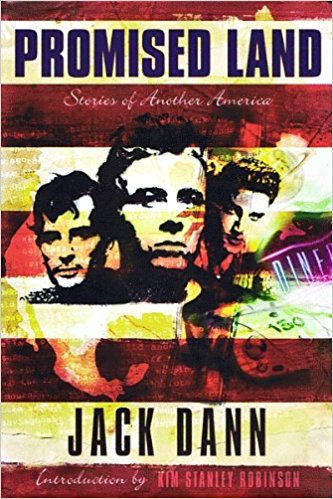 Promised Land is part of my James Dean sequence of stories, which includes the recently published novel The Rebel: An Imagined Life of James Dean. My intent was to explore the great icons of the 50’s and 60’s. Major iconic characters in the novel (besides James Dean) and short stories include Robert F. Kennedy, John F. Kennedy, Elvis Presley, Jack Kerouac, Marilyn Monroe and, in this story, President Lyndon Johnson. The dreams depicted in Promised Land, incidentally, are real.
Buy Kindle Version
Buy Hardback Version 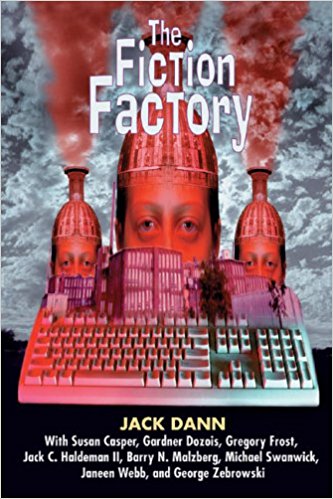 First dates with Jesus, dinosaurs falling out of the sky, and a famous painting that eats art critics are among the quirky stories found in this collaborative collection. Each piece was written by Jack Dunn and one or more coauthors, and the joint creations are 18 highly entertaining and cutting-edge genre stories, many of them award-winning or award-nominated. Employees are drafted by corporations in the Nebula Award–nominated story "High Steel," and the first manned landing on Mars is imagined in "The God of Mars," just two examples of the futuristic flavor of the collection. Short, clever essays by the coauthors, among them Susan Casper, Gardner Dozois, and Gregory Frost, introduce each story and provide insight into the friendships, conflicts, and story conferences involved in collaborative writing.
Buy Hardback Version 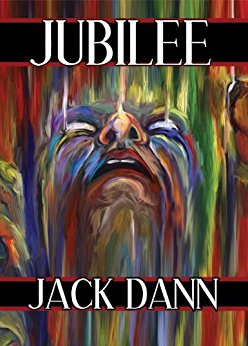 Peter Lindsay lives in Melbourne, Australia. Charles Blackford is an American trying to relive a happier time in Athens. Both men have lost their wives. And now they must decide how to cope with the overwhelming changes being wrought by transcendent emergences from the sea. This is the quintessential “First Contact” story, a mind-bendingly brilliant exploration into what is alien...and what it means to be human. Library Journal called Jubilee “a haunting story of transformation and loss.” First-rate science fiction.
Buy Kindle Version
Buy Paperback Version
Buy Hardback Version 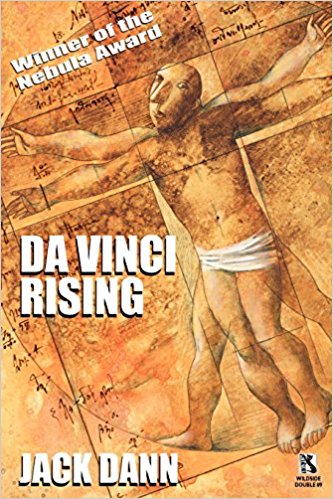 In the tradition of the old "Ace Doubles" (flip one book over to read the second title)--here is the ninth Wildside Double: DA VINCI RISING, by Jack Dann Imagine what would happen if Leonardo da Vinci--the Albert Einstein of the Renaissance--was actually able to build and fly his fabulous flying machine. In this marvelous story of high political intrigue, danger, adventure, and ethical dilemma, Leonardo faces the difficult and dangerous consequences of what happens when you try to turn dreams into reality. Winner of the 1996 Nebula Award! THE DIAMOND PIT, by Jack Dann The magazine Ideomancer called this tale an action story, a moral meditation, and a critique of pulp heroes that takes place "against the backdrop of early airplanes, kidnappings, ragtime piano, spectacular chateaux, Faulknerian histories, elaborate gardens, romantic interludes, catacombs, battles, infidelity, and cold-blooded murder." Winner of the Ditmar Award!
Buy Paperback Version
Scroll to top