Jaclyn Moriarty is an Australian writer of young adult literature.

She studied English at the University of Sydney, and law at Yale University and Gonville and Caius College, Cambridge, where she was awarded a PhD.

She is the younger sister of Liane Moriarty. She was previously married to Canadian writer Colin McAdam, and has a son, Charlie. She currently lives in Sydney 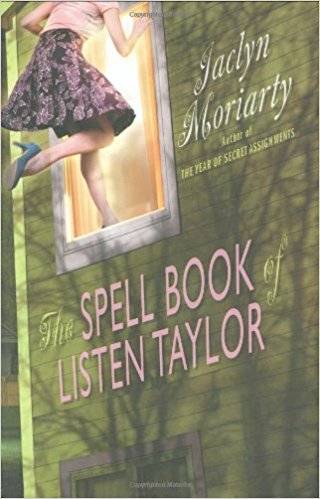 The Spell Book Of Listen Taylor

A fairytale, a mystery, a history of hot-air ballooning, and a romance . . . A novel so brilliant, moving, zingy -- and Zingy -- that it could only have come from Jaclyn Moriarty. The Zing family lives in a world of misguided spell books, singular poetry, and state-of-the-art surveillance equipment. They use these things to protect the Zing Family Secret -- one so huge it draws the family to the garden shed for meetings every Friday night. Into their world comes socially isolated middle grader Listen Taylor, whose father is dating a Zing. Enter Cath Murphy, a young teacher at the elementary school that Cassie Zing attends, suffering from a broken heart. How will the worlds of these two young woman connect? Only the reader can know!
Buy Hardback Version 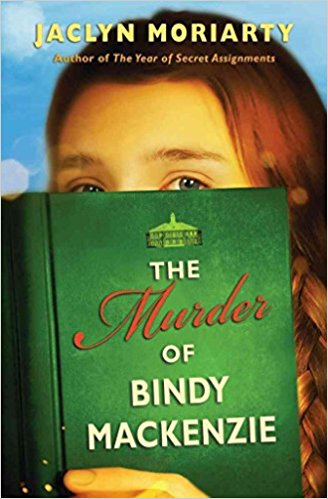 PERFECT. adj. 1. being entirely without fault or defect: flawless. 2. Bindy Mackenzie, student at Ashbury High. 3. Jaci Moriarty's murderously funny follow-up to THE YEAR OF SECRET ASSIGNMENTS. Bindy Mackenzie is the smartest girl at Ashbury High. She memorizes class outlines to help her teachers. She records transcripts of everything said around her. She offers helpful critiques for her fellow students. And she wears crazy nail polish to show she's a free spirit. But then Bindy's life begins to fall apart. She can't stop feeling sleepy and she fails an exam for the first time ever. And--worst of all--she just doesn't care. What could be the cause of all these strange events? Is it conspiracy? Is it madness? Is it . . . murder?
Buy Paperback Version
Buy Hardback Version 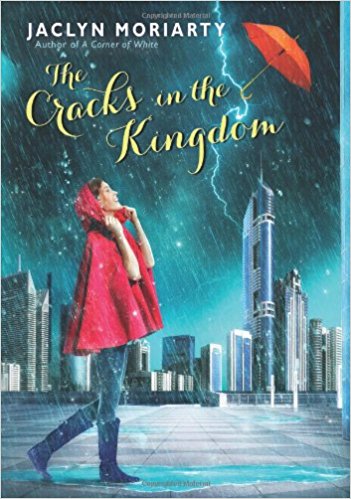 Princess Ko's been bluffing about the mysterious absence of her father, desperately trying to keep the government running on her own. But if she can't get him back in a matter of weeks, the consequence may be a devastating war. So under the guise of a publicity stunt she gathers a group of teens -- each with a special ability -- from across the kingdom to crack the unsolvable case of the missing royals of Cello. Chief among these is farm-boy heartthrob Elliot Baranski, more determined than ever to find his own father. And with the royal family trapped in the World with no memory of their former lives, Elliot's value to the Alliance is clear: He's the only one with a connection to the World, through his forbidden communications with Madeleine. Through notes, letters, and late nights, Elliot and Madeleine must find a way to travel across worlds and bring missing loved ones home. The stakes are high, and the writing by turns hilarious and suspenseful, as only Jaclyn Moriarty can be.
Buy Hardback Version 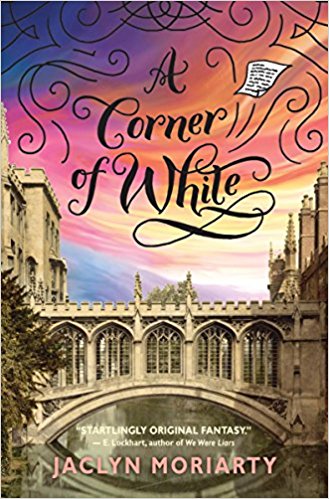 This is a tale of missing persons. Madeleine and her mother have run away from their former life, under mysterious circumstances, and settled in a rainy corner of Cambridge (in our world). Elliot, on the other hand, is in search of his father, who disappeared on the night his uncle was found dead. The talk in the town of Bonfire (in the Kingdom of Cello) is that Elliot's dad may have killed his brother and run away with the Physics teacher. But Elliot refuses to believe it. And he is determined to find both his dad and the truth. As Madeleine and Elliot move closer to unraveling their mysteries, they begin to exchange messages across worlds -- through an accidental gap that hasn't appeared in centuries. But even greater mysteries are unfolding on both sides of the gap: dangerous weather phenomena called "color storms;" a strange fascination with Isaac Newton; the myth of the "Butterfly Child," whose appearance could end the droughts of Cello; and some unexpected kisses...
Buy Hardback Version
Scroll to top