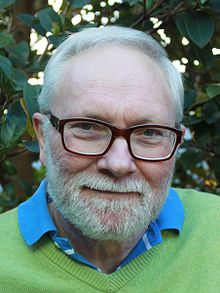 My friends and family call me Jim, but I was born James Moloney in Sydney, Australia in 1954. When I was seven years old, my family moved to Brisbane and except for the odd year or two, I have lived in Brisbane ever since. At school, I was into every sport going - cricket, footy, swimming - you name it. It’s hard to believe now but in High School, I was a champion Long Jumper!
After University I became a teacher and then a Teacher Librarian. I moved around from school to school and in 1977-8 found myself in Cunnamulla, a little "outback" town where many Indigenous Australians live. These turned out to be important years for my writing.
In 1980, I look a year's leave, stuffed a backpack full of clothes and went off to see the world. Got to do it, guys! There's so much out there, from things to uplift your spirit to things that make you question the humanity of your fellow man. I stepped over rotting dog carcasses in Mexico city, got all weepy in a roomful of Impressionist paintings and met some fascinating people. Hope you'll do the same one day.

1983 was another big year. I got married and started work at Marist College Ashgrove, an all-boys school in Brisbane, where I stayed for fifteen years. During this time, I became interested in writing for young people, at first using the ideas and experiences gained from my time in Cunnamulla, mixed in with the thinking and wondering I'd done overseas. After my early attempts were rejected, the first of my novels, Crossfire , was published in 1992.
In 1997, my fifth novel for young adults, A Bridge to Wiseman’s Cove won the Australian Children’s Book of the Year Award. At the end of that year, I decided to leave teaching and become a full time writer.
In the mean time, my wife and I have produced three great children, all of them grown up now. Along with my wonderful wife, Kate, they have encouraged me along every step of the way. They still read my manuscripts and give me useful advice.
Now that I have turned my hobby into my job, I have had to develop some other interests. For exercise, I go cycling along the bike paths around Brisbane and in recent years we have done a little riding in France, Vietnam and the USA. I'm also into great books, great food, movies and travelling, especially in France, which Kate and I enjoy more than any other country. 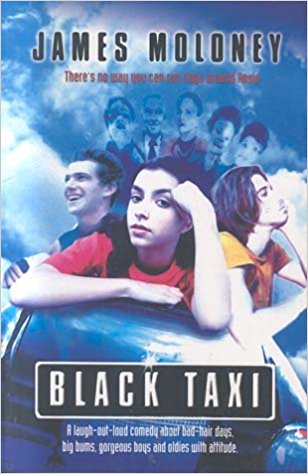 Rosie Sinclair is just a typical teenage girl -- except that her best friend is an exotic dancer and her beloved grandad is involved in just a bit of crime. When he has the bad luck to get busted on the last job of his career, he turns his cell phone and the keys to his black Mercedes over to Rosie for safekeeping while he's inside. Although Rosie has to cart around her grandad's elderly friends -- the wrinklies -- on their errands, she soon realizes that the Mercedes has its benefits: It helps her land dates with two of the hottest guys in town. Life is looking pretty rosy until the day she gets the first threatening call on her cell phone. A jewelry heist has gone wrong, and every crook in town thinks her grandad has something to do with a diamond ring that's missing. With his safety in jeopardy, Rosie sets out to solve the mystery. But can she find the answers before the icy voice on the other end of the phone finds her?
Buy Paperback Version
Buy Hardback Version
Scroll to top