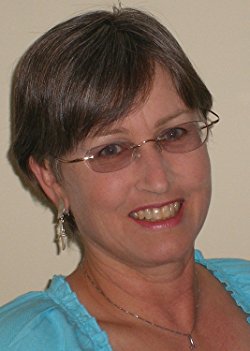 Janni Nell is the author of the Allegra Fairweather paranormal mystery series. Before she became a writer, she worked as a personal assistant, receptionist and sales clerk. Now she is happy to spend every day creating stories. When she isn't writing, you can find her in dance class, on the yoga mat, or walking the dog. 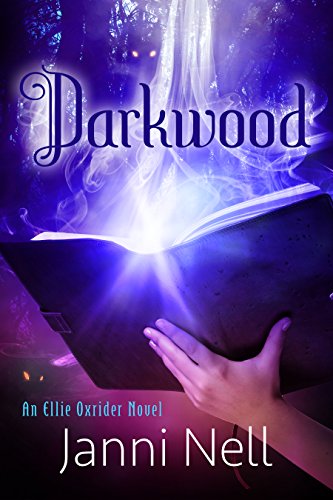 Ellie Oxrider is having the worst week of her life. It all started with the weird shadow that’s been following her around town. Ellie is used to strange things happening since she does belong to a family of witches. But now her aunt’s having premonitions of danger, and the shadow is starting to look more like an actual person, and Ellie’s non-witch boyfriend is seriously freaking out. To make matters worse a hot new guy has moved into the old Darkwood Lodge. Saxon claims to be an accountant, but he seems to know an awful lot about magic. Ellie’s every instinct is telling her to keep away, but fate—or perhaps magic—keeps throwing them together. Soon she’s wondering how much Saxon knows about the shadow that’s been following her. Is Saxon really a mild-mannered accountant or someone much more dangerous? Ellie is determined to discover the truth and not even the darkest magic will stop her.
Buy Kindle Version 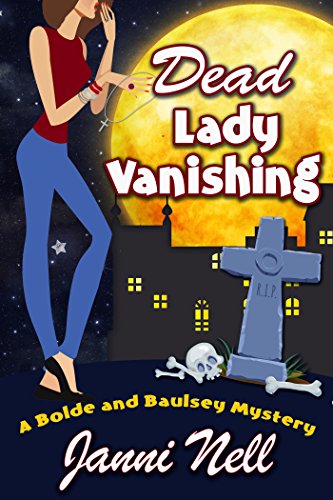 I’m Natasha Bolde and I see ghosts, well one ghost anyway: Clover Skye Baulsey, PI. In life, she was my best friend and mentor. In death, she’s been my rock, my conscience, my shelter. I’d follow her anywhere, but I really wish I hadn’t followed her to Britain’s Wildfinch Hall, because that’s where she disappeared. The last thing she did was call for my help. Since I don’t know much about the spirit world I called Joe Nettleford, who moonlights as a ghost hunter. He’s good as what he does, but it’s kind of awkward since I refused to date him. So now I’m not sure what’s going to be more difficult: working with Joe or untangling the secrets of Wildfinch Hall and its ghosts. Still I’d better find a way to succeed at both. If I don’t, I’ll never see Clover again.
Buy Kindle Version 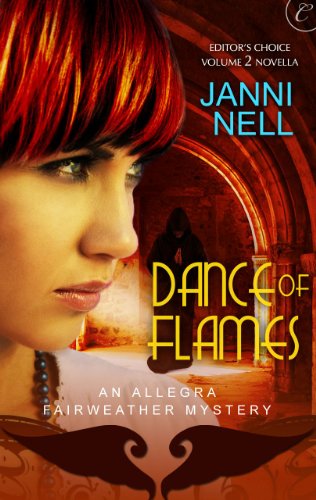 Family vacations fill me with horror—and for a woman who makes her living as a paranormal investigator, that's saying a lot. Still, I couldn't turn down a month in sunny Spain and the chance of flamenco lessons with Casper, my gorgeous guardian angel—even if it did mean sharing a villa with my mother. But it's true what they say, there's no rest for the wicked. We'd barely unpacked when the maid started having dreams of being tortured on the rack—dreams my intuition tells me are something more than your average terrifying nightmare. After all, we are in the land of the infamous inquisition, and she does have those unexplained marks... So for now my dance partner's going to have to wait for me to get to the bottom of this mystery, and when I do, I plan to send evil packing.
Buy Kindle Version 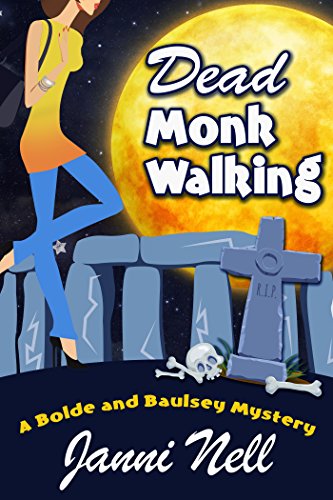 Vacations are a bitch. Or maybe it’s just me. I’m Natasha Bolde, and honestly I’m no one special. Okay, I’ve solved a few mysteries, but I’ve always worked with my best friend and mentor, Clover. She passed recently, and now I’m taking what should’ve been her trip of a lifetime to Cornwall, Britain. It’s just like Clover to choose a place chock-full of mysteries. Why is the amnesiac woman digging in the fields? Can the local psychic medium really contact the dead? And who exactly is the ghost hunter hunting? I wish Clover was here to help me solve these mysteries, but since she’s not, the best way to honor her memory is to solve them on my own. I’m determined to find the answers. Even if it kills me.
Buy Kindle Version 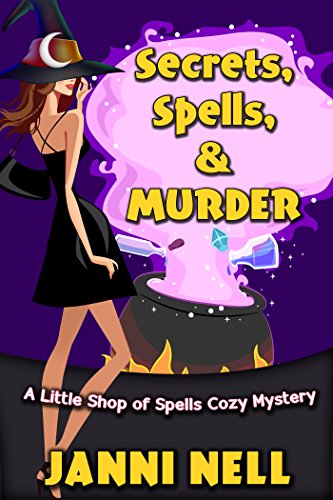 Small-town witch, Maddie Goodcharm, is in trouble. Someone is hexing the inhabitants of Silver Moon Falls and Maddie is the main—make that only—suspect. When one of the townspeople dies in suspicious circumstances, Maddie is accused of murder. With the help of her friend, Autumn, Maddie struggles to clear her name, but facing a murder charge isn’t her only problem. Sometimes spells go wrong and Maddie has accidentally bespelled a hiker. Jason’s not in a good place, literally, and Maddie has to come up with a reversal spell ASAP. Which she can’t do if she’s in prison. The only way out of her dilemma is to find the real murderer. Now Maddie is on the trail of a killer and magic may be the only thing that will save her.
Buy Kindle Version 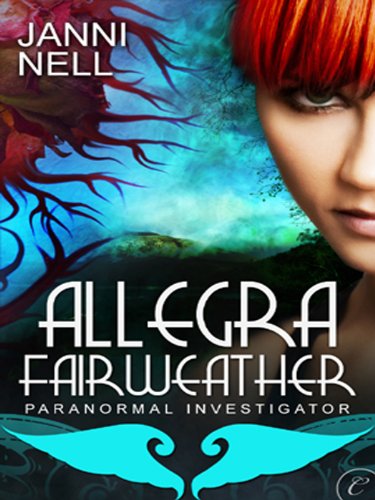 Allegra Fairweather here. Paranormal investigator. Got problems with specters? Shapeshifters? I'm the woman to call. Just don't call me a Ghostbuster. The last guy who did that ended up flat on his back with my boot at his throat. With my 99.5% success rate, solving the mystery of a bleeding rose that has sprung up on the shores of Loch Furness should have been an easy gig. But already I've heard the shriek of the local banshee, discovered two bodies (and then lost two bodies), and had a near-death encounter with a three-hundred-year-old ghost. And perhaps most dangerous of all, the hot pub owner who hired me now wants to show me exactly what's under his kilt. Luckily, I'm ably assisted by my very own guardian angel. I'm grateful for his help—but he's also drop-dead gorgeous. A bit distracting when I've got a mystery to solve, and the clock is ticking...
Buy Kindle Version 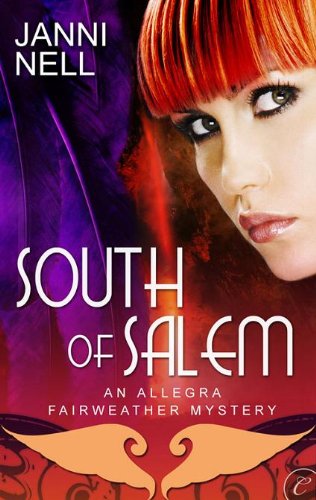 My mother thinks my job is crazy. I'm a paranormal investigator; she's Nancy Reagan crossed with Martha Stewart. She's always preferred my sister, Lily, who is following in her perfect footsteps. But this time Mom needs my special skills. She believes my stepfather is possessed. I admit he's not his usual dapper, charming self, but sleepwalking doesn't sound that weird. Until the sleepwalking spreads through the family and cousin Donna walks right out of her apartment window to her death. Then my sister goes missing and I have to find her and solve the mystery before Lily and her unborn child are harmed. Normally I would have assistance, but my right hand, a hunky angel I've nicknamed Casper, has business of his own to take care of—business that might take him out of my life forever. The stakes are too high for me to lose, but I'm not sure I can do it alone...
Buy Kindle Version 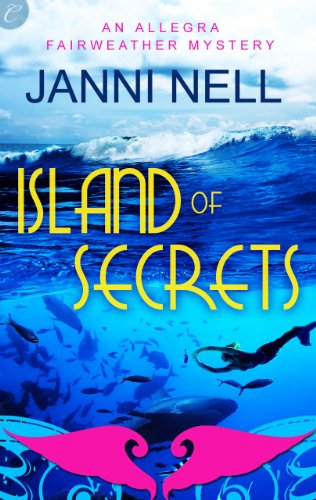 I'm a paranormal investigator without a home of my own. So when a wealthy client offers me a lucrative job on a private South Pacific island, I jump at the opportunity. It's not all fun in the sun, though. A dead merman—no, really—with an arrow in his chest has washed up on shore. My investigation reveals a century-old war between the mers and a goblin tribe, who believe the mers stole their treasure. But the real thief was a pirate! He buried the treasure and died before digging it up again. Casper, my guardian angel and sort-of-but-not-really boyfriend, usually helps me out but he's acting all weird and busy. The only person left who can help me find the treasure is the pirate's former girlfriend, who happens to be a forgetful, alcoholic ghost. Oh, and I'm not the only one searching for this treasure. Someone else wants it badly and they're prepared to commit murder to prevent anyone else from getting it…
Buy Kindle Version 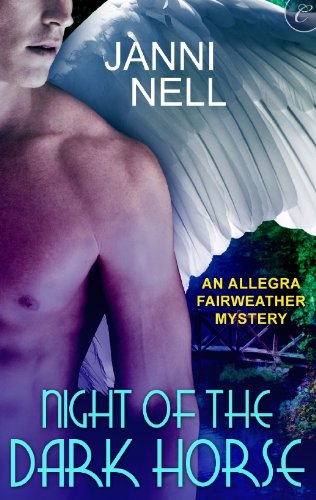 Night of the Dark Horse (An Allegra Fairweather Mystery)

Just another typical week in the life of a paranormal investigator. I had barely arrived in Ireland to investigate a pooka terrorizing the villagers of Dingaleen when I got called to ride the fairy horse myself. When a pooka calls, you answer—and hold on for dear life. Unfortunately, the beast tossed me into a bog. Fortunately, my gorgeous guardian angel fished me out. Just barely. You see, Casper is still weak from tangling with an evil spirit on our last case. So he's not even much help to me in the land o' the green. The powers-that-be are even hinting at retirement… But I won't lose Casper. Not now. Not ever. As luck would have it, I have a chance, albeit a slim one, to save him and get the answers I need to solve the pooka case—if I just take a wee trip through Fairyland. Except angels aren't welcome there, humans can't eat, drink or sleep there, and time is running out.
Buy Kindle Version
Scroll to top