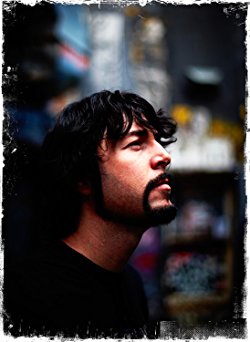 Jay Kristoff is the New York Times and internationally bestselling author of THE NEVERNIGHT CHRONICLE, THE ILLUMINAE FILES and THE LOTUS WAR. He is the winner of four Aurealis Awards, an ABIA, nominee for the Locus award, David Gemmell Morningstar and Legend awards, named multiple times in the Kirkus and Amazon Best Teen Books list and published in over thirty countries, most of which he has never visited. He is as surprised about all of this as you are. He is 6’7 and has approximately 12,665 days to live. He abides in Melbourne with his secret agent kung-fu assassin wife, and the world’s laziest Jack Russell.
He does not believe in happy endings. 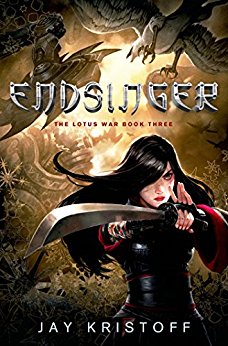 With Stormdancer, Jay Kristoff came roaring onto the fantasy scene―he has been praised as "the master of unique and intense plots and huge twists" (USAToday.com), while critics raved about the novel, calling it "[A] fast-paced, fantastical adventure [that] is sharp as a Shogun's sword." (The LA Times). And with healthy sales in hardcover and electronic―fueled by Jay's inventive, enthusiastic, and relentless promotion on his website, Facebook, Twitter, and the blogosphere―we know readers are hungry for the finale to his wildly inventive Lotus War saga. As civil war sweeps across the Shima Imperium, the Lotus Guild unleashes their deadliest creation―a mechanical goliath, intended to unite the shattered Empire under a yoke of fear. Yukiko and Buruu are forced to take leadership of the rebellion, gathering new allies and old friends. But the ghosts of Buruu's past stand between them and the army they need, and Kin's betrayal has destroyed all trust among their allies. When a new foe joins the war, it will be all the pair can do to muster the strength to fight, let alone win. And as the earth splits asunder, as armies destroy each other for rule over an empire of lifeless ash and the final secret about blood lotus is revealed, the people of Shima will learn one last, horrifying truth. An exciting, vivid conclusion to a critically acclaimed series, Endsinger is sure to have fans racing through the pages to savor every last revelation.
Buy Kindle Version
Buy Paperback Version
Buy Hardback Version 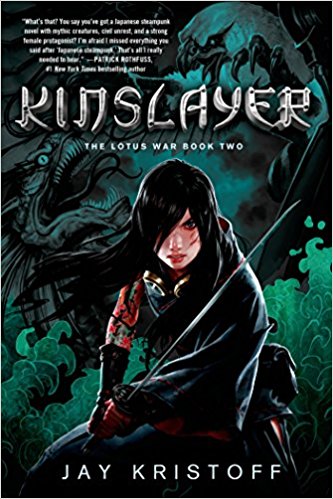 Kinslayer is Book Two in Jay Kristoff's critically acclaimed Lotus War series that began with Stormdancer, featuring an unforgettable heroine and a stunningly original Japanese dystopian steampunk world A SHATTERED EMPIRE The mad Shogun Yoritomo has been assassinated by the Stormdancer Yukiko, and the threat of civil war looms over the Shima Imperium. The toxic blood lotus flower continues to ravage the land, the deadlands splitting wider by the day. The machine-worshippers of the Lotus Guild conspire to renew the nation's broken dynasty and crush the growing rebellion simultaneously - by endorsing a new Shogun who desires nothing more than to see Yukiko dead. A DARK LEGACY Yukiko and the mighty thunder tiger Buruu have been cast in the role of heroes by the Kagé rebellion. But Yukiko herself is blinded by rage over her father's death, and her ability to hear the thoughts of beasts is swelling beyond her power to control. Along with Buruu, Yukiko's anchor is Kin, the rebel Guildsman who helped her escape from Yoritomo's clutches. But Kin has his own secrets, and is haunted by visions of a future he'd rather die than see realized. A GATHERING STORM Kagé assassins lurk within the Shogun's palace, plotting to end the new dynasty before it begins. A waif from Kigen's gutters begins a friendship that could undo the entire empire. A new enemy gathers its strength, readying to push the fracturing Shima imperium into a war it cannot hope to survive. And across raging oceans, amongst islands of black glass, Yukiko and Buruu will face foes no katana or talon can defeat. The ghosts of a blood-stained past.
Buy Kindle Version
Buy Paperback Version
Buy Hardback Version 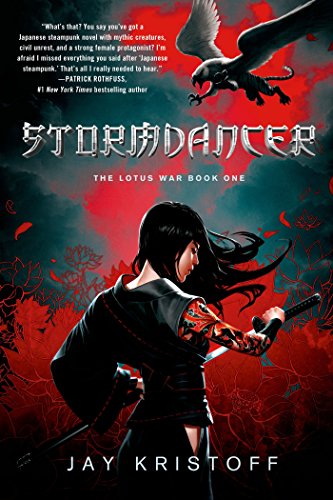 Stormdancer: The Lotus War Book One

The first in an epic new fantasy series, introducing an unforgettable new heroine and a stunningly original dystopian steampunk world with a flavor of feudal Japan. A DYING LAND The Shima Imperium verges on the brink of environmental collapse; an island nation once rich in tradition and myth, now decimated by clockwork industrialization and the machine-worshipers of the Lotus Guild. The skies are red as blood, the land is choked with toxic pollution, and the great spirit animals that once roamed its wilds have departed forever. AN IMPOSSIBLE QUEST The hunters of Shima's imperial court are charged by their Shogun to capture a thunder tiger – a legendary creature, half-eagle, half-tiger. But any fool knows the beasts have been extinct for more than a century, and the price of failing the Shogun is death. A HIDDEN GIFT Yukiko is a child of the Fox clan, possessed of a talent that if discovered, would see her executed by the Lotus Guild. Accompanying her father on the Shogun's hunt, she finds herself stranded: a young woman alone in Shima's last wilderness, with only a furious, crippled thunder tiger for company. Even though she can hear his thoughts, even though she saved his life, all she knows for certain is he'd rather see her dead than help her. But together, the pair will form an indomitable friendship, and rise to challenge the might of an empire.
Buy Kindle Version
Buy Paperback Version
Buy Hardback Version 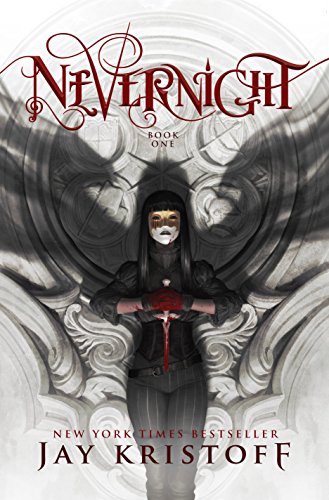 Nevernight is the first in an epic new fantasy series from the New York Times bestselling author, Jay Kristoff. In a land where three suns almost never set, a fledgling killer joins a school of assassins, seeking vengeance against the powers who destroyed her family. Daughter of an executed traitor, Mia Corvere is barely able to escape her father’s failed rebellion with her life. Alone and friendless, she hides in a city built from the bones of a dead god, hunted by the Senate and her father’s former comrades. But her gift for speaking with the shadows leads her to the door of a retired killer, and a future she never imagined. Now, a sixteen year old Mia is apprenticed to the deadliest flock of assassins in the entire Republic ― the Red Church. Treachery and trials await her with the Church’s halls, and to fail is to die. But if she survives to initiation, Mia will be inducted among the chosen of the Lady of Blessed Murder, and one step closer to the only thing she desires.
Buy Kindle Version
Buy Paperback Version
Buy Hardback Version
Scroll to top