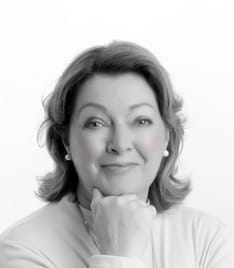 Jennie Jones loved everything with a romantic element from an early age. That’s why she became an actor before she started writing, touring the UK’s grand old theatres, becoming someone else for two hours, eight performances a week, and loving every second.
Now an Australian with Welsh roots, she wrote her first book seven years ago and hasn’t looked back. She says writing, like acting, keeps her imagination bubbling and will never get boring.
Jennie lives in a small country town in Perth, Western Australia with Jonesey the boy cat, Zena the warrior girl cat, plus Churchill the 50 kilo rescue dog and the occasional sighting of her daughter. 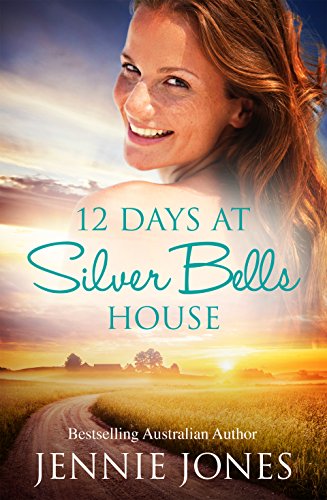 Kate Singleton has twelve days to find herself. With Christmas Day and her thirtieth birthday approaching, the best thing a city-chic fashion designer who no longer has a raison d’etre can do is nullify herself in the country. With Chardonnay. When trouble strikes, the country presents her with Jamie Knight — a gallant but uncommunicative He-Man who drives an excavator and arrives to rescue Kate, her shoes and her case of Chardonnay from a boggy field. The adventure should be over — nothing but a good story to tell to her friends in the city — but her saviour turns out to also be an unexpected roommate, the new owner of Silver Bells House, Kate’s holiday home. Forced together and dragged into the community Christmas spirit of the town, Kate and Jamie flounder their way through mistletoe, kissing games, carolling choirs, and a bone-deep yearning for community and acceptance. Can the enchanting Silver Bells House and the holidays bind them together? Or will love get lost on Highway B23 back to the city?
Buy Kindle Version
Buy Paperback Version 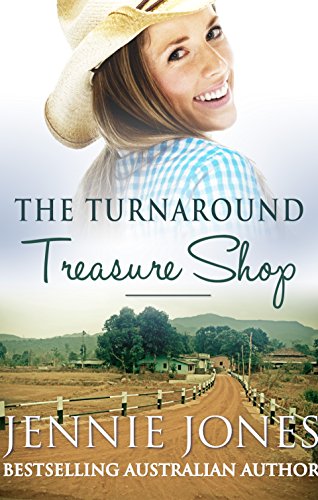 Fatalistic, long divorced and doing her best to give her children a good life, Lily works two jobs in her hometown of Swallow’s Fall, saving every spare cent for the day she can lease the empty corner shop on Main Street. She longs to open it as Turnaround Treasures, a second-hand shop bursting with rescued country curios—but there aren’t enough spare cents and Lily’s dream is slipping away. Ex-Navy diver Nick Barton arrived in Swallow’s Fall a year ago to quietly reunite himself with civvy life. Recognising an instant attraction to Lily, Nick backed away fast. Given his track record of an unhappy ex-wife and the baggage that comes with a Special Forces career, Nick doesn’t think he stands a chance with shy, reserved Lily. He can’t be with her – but that doesn’t mean he doesn’t see her. Lily has spent her whole life cheerfully giving to others. When Nick offers her the ultimate chance for a turnaround, will Lily’s fear of being ‘second hand’ ruin the opportunity of forever love for both of them?
Buy Kindle Version 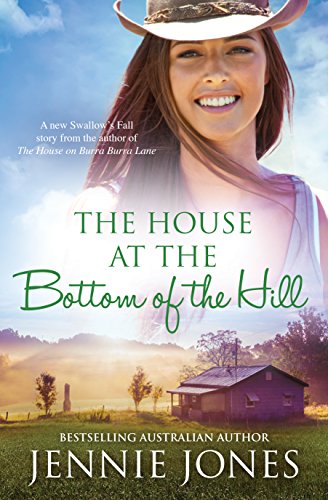 The House At The Bottom Of The Hill (Swallow's Fall)

The mysterious death of her mother has left Charlotte Simmons on edge and off-balance for too long. The only way to move forward is to get answers, and those answers can only be found in one place. So Charlotte buys a bed & breakfast establishment in Swallow’s Fall, a small town in Australia’s Snowy Mountains, as a ploy to get close to the man who might have the answers. She’ll jazz up the old place, flip it, get her answers, and be gone in two months — max. What she doesn’t count on is opposition from the dogmatic and slightly eccentric members of the town council, and the hotshot owner of Kookaburra’s Bar & Grill and his 200-squats-a-day physique who offers to act as mediator, but whose eyes promise so much more. Easygoing Daniel Bradford knows progress is slow in Swallow’s Fall. He’s finally about to put his plans into place to upgrade the hotel when a prim-and-proper citified redhead blows into town, putting everyone on edge. The only way to contain the trouble she’s about to cause is to contain her — but he knows trouble when he sees it, and soon it becomes very clear that there’s absolutely nothing containable about Charlotte, or the way he feels about her.
Buy Kindle Version
Buy Paperback Version 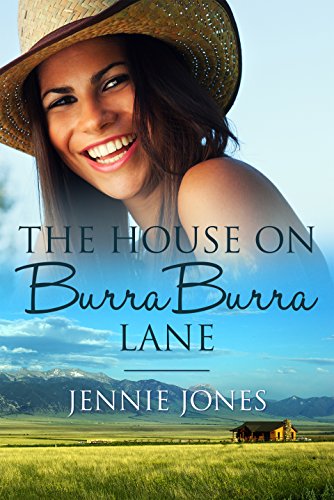 Just ten days after her fresh start in the isolated Snowy Mountains, Samantha Walker trips over a three hundred pound pig and lands in the arms of Dr. Ethan Granger — and the firing line for gossip. It was hardly a ‘date’ but sparks of the sensual kind are difficult to smother in a community of only 87 people. Now there’s a bet running on how long she’ll stay and what she’ll get up to while she’s in town. Ethan has his own issues — Sammy’s presence in his childhood home brings with it painful recollections of family scandals and a bad boy youth. When the gossip around them heightens, his life is suddenly a deck of cards spread on the table for all to see. Then Sammy's past catches up with her... and it looks like all bets are off.
Buy Kindle Version
Buy Paperback Version 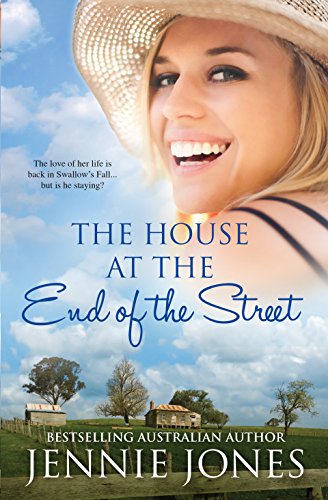 The House At The End Of The Street (Swallow's Fall)

Gemma Munroe loves hard, laughs hard and plays hard. Or at least she did before today. Her dream is finally within her grasp – owning the toy shop in Swallow’s Fall and establishing herself permanently. Only one person has the power to get in her way: Josh Rutherford – the love of her life who kissed her and left her ten years ago is coming home. Josh will be in town for five days. Only five days. He’ll finally sever the ties to a youth filled with poverty by selling the properties that are now his. He’s returning healthy, wealthy and emotionally stable, and then he’ll leave forever. It’s all in the plan. Everything…except for Gem. He never forgot her, but he definitely forgot the effect she has on him. Now she’s got problems, and he can’t seem to leave without trying to help her solve them. The town itself also has its own plans: Gemma and Josh are thrown together in Speed-Date fiascos, kissing experiments, bar fights and an issue with the North Star – Josh’s compass and the road to his next adventure. Seven weeks later Josh is still in town. Gem has to get through her best friends’ wedding and Josh has to get over Gem. Because he’s not staying. Is he?
Buy Kindle Version
Buy Paperback Version 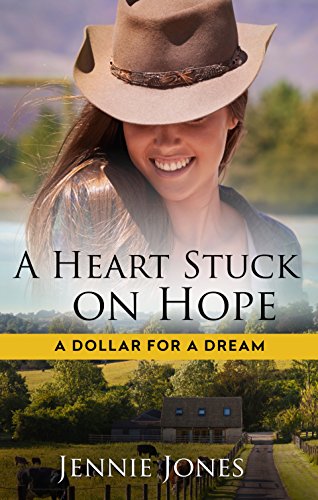 A Heart Stuck On Hope (A Dollar for a Dream)

Dulili is suffering a people drought. Over the years more people have moved away than have arrived to stay in this old New South Wales farming town, and now only a handful of young families and elderly residents are left. The locals put a plan into action to entice newcomers: offering the town’s empty houses to newcomers from anywhere in Australia. Who could resist renting a beautiful homestead for a dollar a week? There’s nothing left for Adele Devereux in Sydney: no job, no relationship, no hope, and no diagnosis for her shy, uncommunicative daughter Ali. So she packs her bags, takes her meagre savings, and moves her small family to the country. She never expects to meet Tom Wade, a man facing his own hopeless situation, but whose kindness reaches her daughter in an unexpected friendship. As the small town of Dulili attempts to regenerate itself, Adele finds herself drawn further in to the community – and into her attraction to Tom. Tom is not back in Dulili to build a relationship. He’s there to heal wounds, help his grandmother, and make new plans. Plans that don’t come with his grandmother’s new tenant, part of the Dulili dollar scheme. But as Adele and Ali effortlessly work their way into his thoughts and his heart, he realises that there are two crucial elements that he left out of his long-term plans – the chance to find love and renewed hope for the future.
Buy Kindle Version
Buy Paperback Version 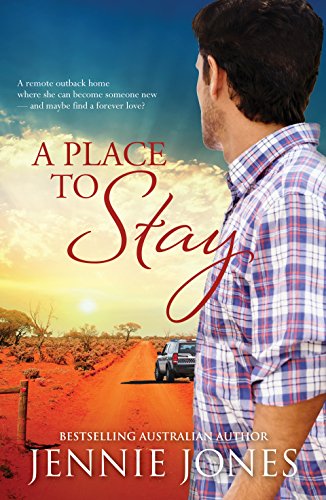 A Place To Stay (The Rangelands)

A remote outback home where she can become someone new—and maybe find a forever love? Rachel Meade is a woman with a past she wants to escape from. Finding herself in Mt Maria, a small outback town in Western Australia, she thinks she’s found a place to stay. Before she knows it, Rachel is corralled into helping with the Tidy Town competition by the Dramatic Society widows who have a tendency to gossip and take charge. It’s not in her plan, but she finds herself allowing friendships to develop. She’s even more surprised by her growing attraction to the town’s engaging senior police officer. Ex-detective Senior Sergeant Luke Weston knows anything and everything happens in the country, and he’s seen it all—stolen chickens, pub fights and alleged cheating for the Tidy Town competition are only some of puzzles Mt Maria offers Luke. He’s been playing for Rachel, thinking maybe she’s the one. Then he gets news that the Crime Squad are looking for her, and he’s ordered to get close and stay close. Is Rachael in trouble, or is she the trouble? Luke is fighting his attraction to a woman he might have to take into custody, and it looks like he’s going to be arresting more than one person before the end of the week. Luke needs to restore peace in his corner of the outback, but he knows he’s not going to get out of this without getting his heart busted. With her past catching up with her, Rachael has to decide whether it’s time to cut and run again, or whether this time she’s found the person—and the place—to finally heal her heart.
Buy Kindle Version
Buy Paperback Version
Scroll to top