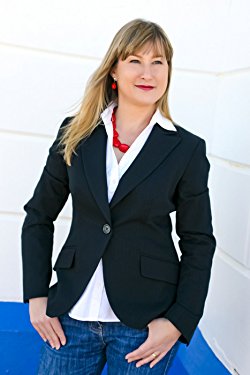 Jennifer St George is a best-selling romance author whose sexy stories feature courageous, career-minded heroines, strong heroes in glamorous international settings. She has seven books published with Penguin's digital-first imprint, Destiny Romance. The Convenient Bride and Seducing the Secret Heiress have also been released together in print. Her story, Her Small Town Christmas Wish, was published in the Hot Christmas Night anthology with six other Australian and NZ authors.
The Convenient Bride won the 2012 NZ Clendon Award. The Love Deception was nominated for 2013 ARRA Awards in the Favourite Short Category Romance section and The Billionaire's Passionate Revenge was nominated for the same award in 2015.
Jennifer spent the first 20 years of her career in corporate marketing and management consulting roles. Some career highlights include launching Guinness beer in Russia; reaching 40 million people through a publicity campaign that ‘gave away’ a pub in Ireland and launching the Ford Ka brand in Australia. In 2000, Jennifer launched an online business and started a marketing company. She won a clutch of awards (see accolades page) including Outstanding Sunshine Coast Business Woman of the Year and the Public Relations Institute of Australia Golden Target Award. She has a graduate business degree and completed an MBA where she was presented with the Rupert Murdoch Fellowship. 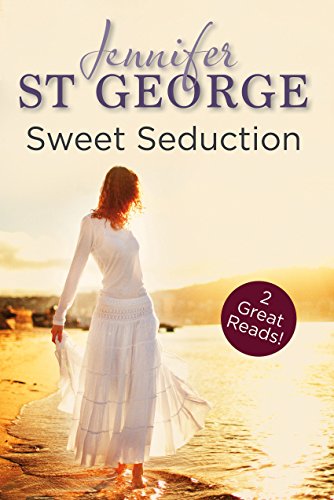 Together for the first time in one heartwarming volume. The Convenient Bride Sienna De Luca will do anything to save her family's hotel, and ruthless Italian businessman Antonio Moretti knows it. With problems of his own, he proposes a marriage of convenience that will secure his next business deal and save Sienna's hotel. In keeping with her part of the bargain, Sienna travels to Venice with Antonio, who introduces her to a life of luxury and opulence. Antonio soon realizes he has vastly underestimated Sienna. Unexpectedly, she gets too close, and when she discovers his dark secret, Antonio's perfectly planned life begins to unravel . . . Seducing the Secret Heiress Diamond heiress, Charlotte Wentworth, is passionate about two things - cooking and her fiancée, Paul. Until the day she finds out Paul has been unfaithful. Charlotte flees to Europe, determined to build her own life without her family's fortune. When she meets gorgeous TV producer, Gabe Grenville, she keeps her connections secret and soon finds herself the star of his new cooking show. But how will he react when he discovers Charlotte's true identity?
Buy Kindle Version 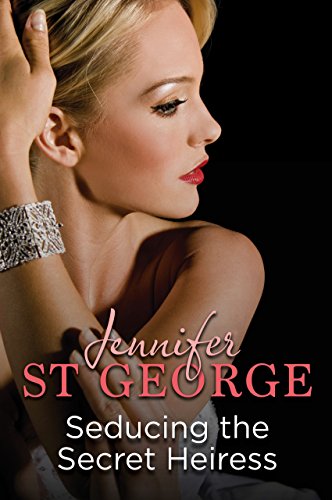 Diamond heiress, Charlotte Wentworth, is passionate about two things - cooking and her billionaire fiancée, Paul. That is, until she finds Paul has been unfaithful. Shocked, she flees to Europe where she is determined to build a life of her own without her family's name, fortune or connections. When she meets gorgeous Englishman, Gabe Grenville, a famous reality TV producer, sparks fly. Charlotte passes herself off as a lowly catering assistant but soon finds herself a star on his TV cooking show. But how will he react when he discovers Charlotte's true identity? And Paul has not given up – he has his own agenda for forcing Charlotte to return to Australia and marry him.Will their love turn into a recipe for disaster? Or will it turn out to be a perfect concoction?
Buy Kindle Version 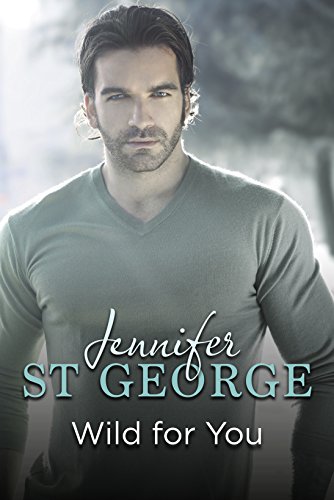 When her celebrity boyfriend breaks up with her on camera to boost the ratings of his TV show, fashion designer Madison Mills instructs her assistant to organise a vacation that's a long way from New York, where there's no paparazzi and where there are definitely no hot men. Madison soon finds herself on a walking tour in the wilds of remote Tasmania. There's no chance she'll be recognised but on the 'no hot men' criteria, her assistant has spectacularly failed. The lead guide, Daniel Black, could be the face and body of any fashion campaign. But, Daniel's quick judgement that's she an urban princess has her bristling with every step. Ex-military man Daniel has found peace in the wilderness. Hosting walking tours ensures lots of solitude and no long-term commitments. So when circumstances lead to him guiding Madison alone, he's not sure he can survive for nearly a week with a woman whose life revolves around hemlines and fashion shows. The rugged landscape challenges them both and Daniel soon learns there is more to Madison than meets the eye. But when Madison's location is leaked to the press, can he convince her that a wilderness guide and a fashion designer from opposite side of the world can find a way to make it work?
Buy Kindle Version 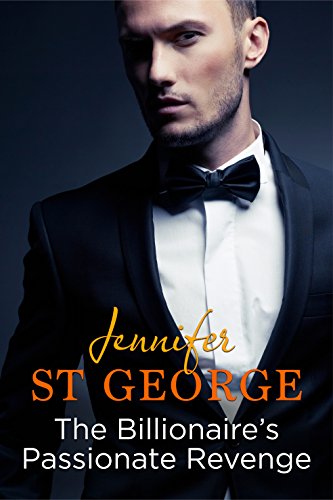 Heiress Lady Zara Ravensdale and Xavier Hunt, the gardener's son, were once inseparable. But before their romance had a chance to bloom, it was crushed by scandal and betrayal. Xavier is now an international celebrity and sexier than sin while Zara is deep in debt, running Ravensdale Manor as an upmarket hotel to make ends meet. Unable to forget the past, Xavier returns to the manor, determined to exact his revenge on the Ravensdale family - once and for all. Together again, passions reignite and the old chemistry becomes impossible to ignore. But Xavier and Zara are both keeping secrets and neither can forget their troubled history. Will they be able to uncover the truth of that night or will Xavier's need for revenge tear them apart forever?
Buy Kindle Version 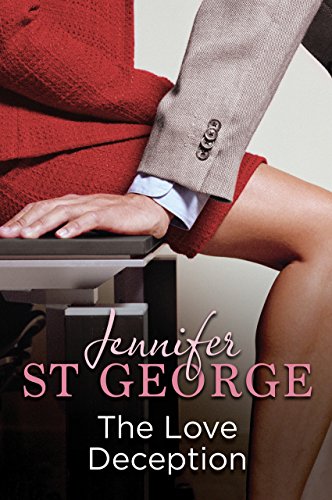 When Felicity Carter wakes up naked in a strange bed, she has no idea how she got there. And no recollection of meeting the gorgeous man calmly offering her breakfast. Shocked and embarrassed, Felicity flees - hoping that their paths never cross again. The last thing she expects is to discover that her mystery man is Damon Fullbright, partner at the law firm where Felicity has just started work - and her new boss! Damon is appalled to find the young woman he rescued has been hired to work on his team. Apart from anything else, he doesn't need the distraction. Despite their early misconceptions, their appreciation for each other - both personally and professionally - begins to grow. But when Damon discovers what Felicity's been hiding, how will he ever trust her again?
Buy Kindle Version 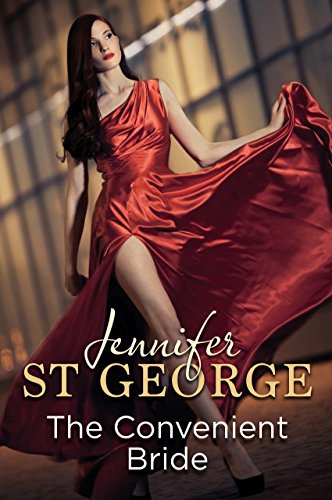 Sienna De Luca will do anything to save her family's hotel, and ruthless Italian businessman Antonio Moretti knows it. With problems of his own, he proposes a marriage of convenience and plans to use Sienna to secure his next business deal. But things don't go quite according to plan. In keeping with her part of the bargain, Sienna travels to Venice to be with Antonio, who introduces her to a life of great luxury and opulence. As befits the fiancée of the famous Antonio Moretti, Sienna is given a new wardrobe of designer gowns and outfits and instructed exactly how to behave when out in public. But after thinking he can manipulate her at his will, Antonio begins to realise he has seriously underestimated Sienna, her intelligence, her skills, her courage and her beauty. Unexpectedly, Sienna gets too close and when she discovers his dark secret, Antonio's perfectly planned life begins to unravel. The Convenient Bride is a fabulous romance set in a world of great beauty and luxury, portrayed in picture-perfect detail. Two opposing souls strike up a partnership in a deal that has overlooked one important detail that it involves a woman who knows her mind and her heart.
Buy Kindle Version
Buy Paperback Version 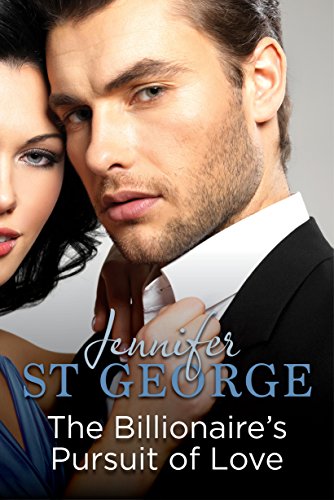 When Sarah Walker's beloved wildlife sanctuary is threatened with closure, she heads for London and goes straight to the top to find out why. But the man responsible is the one man she's never forgotten, and the only person who can destroy all her happiness. Billionaire CEO Blake Huntington-Fiennes can't believe that the girl he's spent years searching for has just marched into his boardroom. And this time, he's willing to resort to any means necessary to keep her. But Sarah has a secret she must protect at all costs or risk losing something even more precious than the sanctuary.
Buy Kindle Version 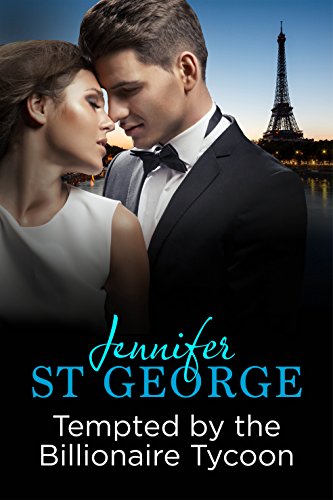 The latest sexy international romance from the bestselling author of The Billionaire's Pursuit of Love. Three strikes and you're out... A series of strange accidents are occurring at Sirona, a luxury spa resort in the picturesque English countryside. Billionaire owner Nic Capitini wants the person responsible sacked. But the law requires he give three official warnings. Nic checks in undercover to gather the evidence he needs, and when he arrives to find his general manager enjoying the spa's facilities, he doesn't think it will prove very challenging. Despite first impressions, it isn't long before Nic realises that not only is Poppy Bradford beautiful, she's a brilliant manager who runs the resort superbly. And the chemistry between them is undeniable. When Poppy herself is threatened, it seems clear the incidents are part of a systematic campaign of sabotage. Even though he believes she's innocent, Nic knows Poppy is hiding something. But will learning her secret mean losing her forever? Tempted by the Billionaire Tycoon is part of the Billionaire series by Jennifer St George, but can certainly be enjoyed as a stand-alone book.
Buy Kindle Version
Scroll to top