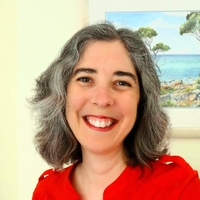 Jenny Schwartz is a paranormal romance author with a BA in Sociology and History — people watching and digging into the past. She lives in Western Australia and is working towards her dream of living by the sea.

This is why I write:

Life gets complicated, but even then, it’s fun; filled with laughter and love. There are mysteries to be solved and new friends to meet. It’s an adventure. 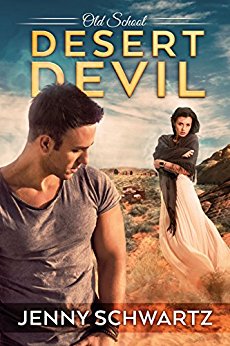 If you could see the future, what price would you pay to change it? Donna Keats is a seer. But when she defies fate to save her estranged foster brother she becomes fate’s victim. As one of only three couriers alive, Forrest “Rest” Castillo can travel anywhere on Earth in seconds. However, the price of his rare talent is to be forever alone. Anyone who gets close to him becomes a potential hostage for the powerful people that seek to own him. Two years ago, Rest retreated to the isolated beauty of the Arizona desert to save those who have his loyalty and love, but it was the wrong strategy. It’s not his life that should be sacrificed for peace. Nor will it be Donna’s. Rest’s enemies are about to learn that this former Army Ranger is not as alone as they believed, and that no conspiracy can be buried forever. The time has come for Rest to walk the Path for justice, and Donna will match him step for step. *** “Desert Devil” is a stand-alone paranormal romance in the “Old School” series.
Buy Kindle Version 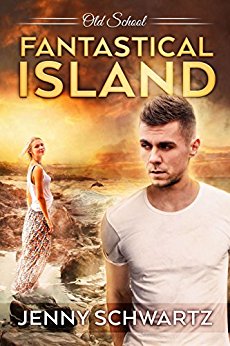 What do you do when you discover an entire island filled with magical creatures? When a magical amulet gives marine biologist Naomi Twain the power to see through glamours it plunges her into a world of danger and intrigue. Fantastical creatures are everywhere, but hidden, on Catalina Island—and someone is hunting them, putting at risk a unique, magical ecosystem. Corey Madrigal is bathing a behemi, a flying miniature pig, when Naomi crashes into his life. With a natural talent for seeing through glamours, he feels a responsibility to the creatures of his island home, creatures who were the friends of his childhood. Now, he’s a Hollywood special effects artist, and he’s going to be an amazing ally for Naomi in her quest to capture the hunters of the island’s fantastical creatures. But the hunters have their own agenda. And then, there's the ghost... Intense danger, wild storms, and passionate loyalties put to the test. Fantastical Island is a stand-alone adventure in the Old School series.
Buy Kindle Version
Scroll to top