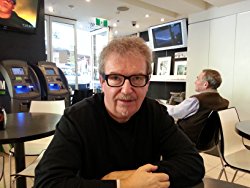 JIMMY THOMSON is an author, journalist and scriptwriter whose work has taken him all over the world. His latest book, Perfect Criminals, his first attempt at crime fiction, is now available on Kindle and will soon be available in print.

His last book Tunnel Rats Vs The Taliban (co-written with Sandy MacGregor), about Australian sappers (army engineers) in Afghanistan, was published by Allen and Unwin in August 2015.

In 2013 Jimmy wrote Wendell Sailor: Crossing The Line, a first-person biography of the controversial rugby league and union dual international - revealing his real name and family background publically for the first time. It was published by Simon & Schuster.

In 2012 A Sappers War a non-fiction book about Australian Army Engineers in the Vietnam War was published (A&U). This was a follow-up to Tunnel Rats, Jimmy’s irreverent history of the Australian Sappers who were the first to explore the Vietcong’s underground cities.

In 2011 he wrote Watto the ‘autobiography’ of high-profile Australia cricketer Shane Watson (also A&U), Tunnel Rats and The Koala Bounces Back, the long-awaited sequel to his highly successful children’s book, The Koala Who Bounced (Random House). In 2010 Jimmy’s true crime book Snitch was published and is about to be reissued on Kindle and in paperback via Kindle Direct Publishing.

Jimmy has created or co-created three successful TV drama series in Australia including the acclaimed Rain Shadow, starring Rachel Ward, as well as Crash Palace for Fox TV and Sky UK, and Breakers for Channel 10 and the BBC.

He spent several months in 2004 working for Fox Television in Los Angeles has been nominated three times for Australian Writers Guild ‘Awgie’ awards for best sitcom. Although primarily writing books these days, Jimmy is also developing a number of drama, comedy and non-fiction projects for TV and film.

Jimmy settled in Australia in 1988, having worked as a journalist in Glasgow, London, Kenya and New Zealand. In 2013 he completed an Masters degree in Writing. 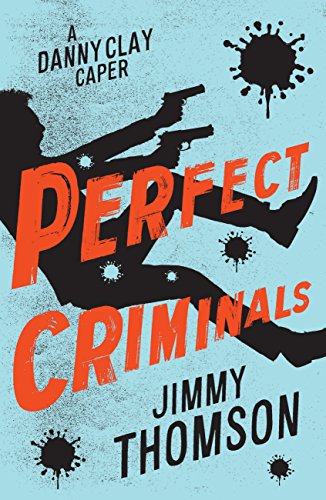 "Ten years after surviving special operations in Afghanistan, Danny Clay is working as a scriptwriter in the emotional war zone of TV production. His best mate and editor is Vietnamese neighbour and script editor Zan who may or may not have killed a man with her bare hands. When their writer friends start dying in mysterious circumstances, Danny must resurrect his old army sapper skills to prevent himself and Zan becoming the next victims. From the backstreets and brothels of Sydney’s Kings Cross to the fake sincerity of Hollywood, Perfect Criminals is an action-packed and hilarious romp through the dark side of the entertainment industry where criminals have the same skill set as movie producers – only with a more evolved moral code."
Buy Kindle Version
Scroll to top