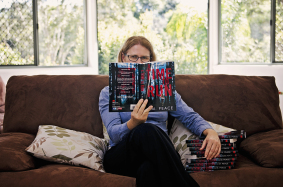 An avid reader and writer from an early age, JM Peace wanted to be a writer. So she studied journalism figuring this would be a way of turning a passion into a job. Her career as a print journalist failed after a single year, and the experience completely sucked the joy out of writing for her. So she took a complete change of direction and became a police officer. Over the past sixteen years, she has served throughout south-east Queensland in a variety of different capacities, including Intelligence and CIB.

After her children were born, the dangers and stresses of the job made it unappealing. In the search for a new career path, she returned to her childhood dream. Carving a spare hour out of every day, she wrote the manuscript for A Time To Run whilst juggling her family commitments, police work and running a household.

A Time To Run was published by Pan Macmillan Australia on July 1, 2015. The rights to the book have been sold in Germany and there is interest from an Australian production company in turning it into a movie. The sequel, The Twisted Knot was released on July 1, 2016.

Jay currently lives on the Sunshine Coast with her partner, wrangling her two cheeky children, a badly behaved dog and an anti-social cockatiel. Although she travelled extensively when she was younger, these days she is just happy if she makes it as far as the beach on the weekend. Her current goals are trying to teach her children to surf and finishing the next book in the ‘Constable Sammi Willis’ series.

Jay is astounded and delighted in equal parts by words of encouragement from strangers. You can connect with her at on Facebook at JM Peace Author, Twitter at @jmpeaceauthor and Goodreads at JM Peace. 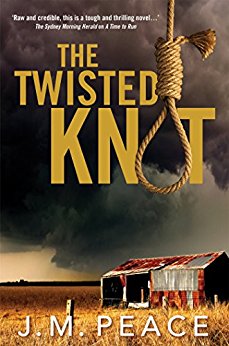 "the best new Australian crime writer on the scene" Australian Women's Weekly A marked man. A damaged cop. A town full of secrets. After her abduction and near death at the hands of a sadistic killer, Constable Samantha Willis is back in the uniform. Despite being on desk duty, rumours reach Sammi that Someone in Angel's Crossing has been hurting little girls, and before long a mob is gathering to make sure justice is served. So when a man is found hanging in his shed, the locals assume the pedophile has finally given in to his guilt. That is, until Sammi delves further into the death and uncovers a dark family secret, an unsolved crime and a town desperate for vengeance. PRAISE FOR A TIME TO RUN "Raw and credible, this is a tough and thrilling novel" The Sydney Morning Herald "this taut, believable thriller grabs your attention from the very first line" The Weekend Gold Coast Bulletin
Buy Paperback Version 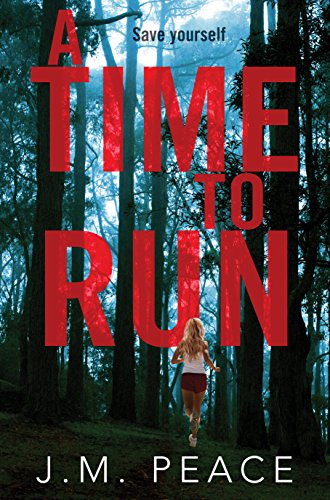 A Time to Run: A Constable Sammi Willis Novel 1

A stunning debut from police officer turned writer, J.M. Peace "the best new Australian crime writer on the scene" Australian Women's Weekly "Raw and credible, this is a tough and thrilling novel" The Sydney Morning Herald "This taut, believable thriller grabs your attention from the very first line ..." Weekend Post The hunt is on. A madman is kidnapping women to hunt them for sport. Detective Janine Postlewaite leads the investigation into the disappearance of Samantha Willis, determined not to let another innocent die on her watch. The killer's newest prey isn't like the others. Sammi is a cop. And she refuses to be his victim.
Buy Kindle Version
Scroll to top