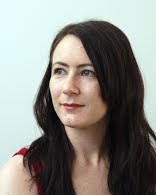 Jo Spurrier was born in 1980 and has a Bachelor of Science, but turned to writing because people tend to get upset when scientists make things up. Her interests include knitting, spinning, cooking and research. She lives in Adelaide and spends a lot of time daydreaming about snow. 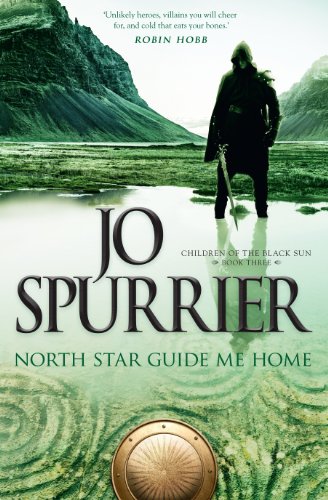 North Star Guide Me Home (Children of the Black Sun)

A complex, adult epic fantasy from a new Australian author... original, dramatic, unputdownable... Some things are broken beyond mending... Grievously wounded in battle, Isidro's life hangs in the balance - but the only person who can help him is the man he can never trust. Sierra is desperate to rebuild shattered bonds with her old friends, but with Isidro incontrovertibly changed and her own wounds still fresh, things can never be as they once were. Burdened by all he's done at Kell's command, Rasten knows he cannot atone for the horrors of his past. But when their enemies in Akhara follow Cam's small clan back to Ricalan, carrying a thirst for vengeance, the skills Rasten swore he'd renounce may be their only hope for victory...
Buy Kindle Version 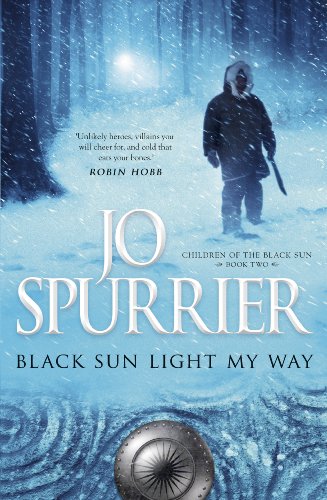 Black Sun Light My Way (Children of the Black Sun)

A complex, adult epic fantasy from a new Australian author ... original, dramatic, unputdownable ... Sierra has always battled to control her powers, but now her life and Isidro's depend on keeping her skills hidden from the Akharians as they draw closer to Demon's Spire. In the relics left by Ricalan's last great mage, Isidro hopes to find the knowledge Sierra needs to master her powers, but instead uncovers his own long-buried talent for magecraft. When Sierra's untrainable powers turn destructive, she has nowhere to turn for help except to the uncertain mercy of an old enemy. But what will Rasten do when she returns to his hands at last?
Buy Kindle Version
Buy Paperback Version 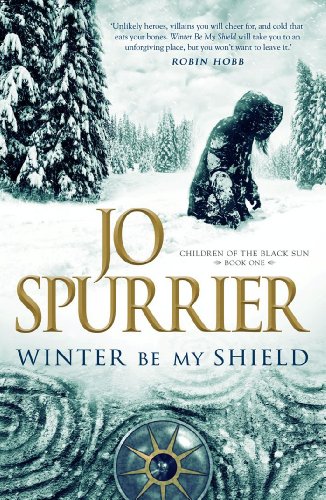 Winter Be My Shield (Children of the Black Sun)

A complex, adult epic fantasy from a new Australian author ... original, dramatic, unputdownable ... Sierra has a despised and forbidden gift - she raises power from the suffering of others. Enslaved by the king's torturer, Sierra escapes, barely keeping ahead of Rasten, the man sent to hunt her down. then she falls in with dangerous company: the fugitive Prince Cammarian and his crippled foster-brother, Isidro. But Rasten is not the only enemy hunting them in the frozen north and as Sierra's new allies struggle to identify friend from foe, Rasten approaches her with a plan to kill the master they both abhor. Sierra is forced to decide what price she is willing to pay for her freedom and her life ... Original, dramatic and unputdownable, WINtER BE MY SHIELD is the first in an epic fantasy trilogy from brilliant new Australian talent Jo Spurrier. 'Unlikely heroes, villains you will cheer for, and cold that eats your bones. WINtER BE MY SHIELD will take you to an unforgiving place, but you won't want to leave it.' - Robin Hobb
Buy Kindle Version
Buy Paperback Version
Scroll to top