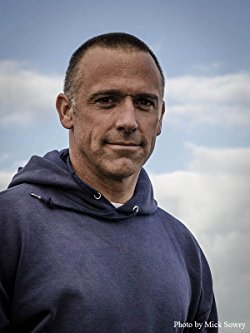 Jock Serong lives and works on the far southwest coast of Victoria. He was a practising lawyer when he wrote Quota and is currently a features writer, and the editor of Great Ocean Quarterly. He is married with four children, who in turn are raising a black dog, a rabbit and an unknown number of guinea pigs. Quota is his first novel. 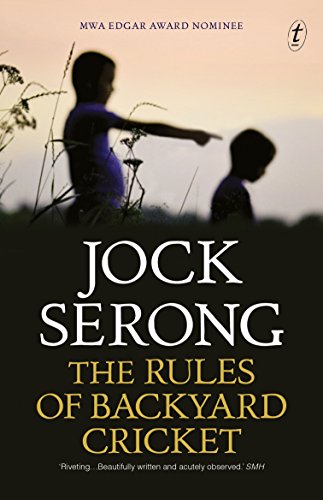 The Rules of Backyard Cricket

It starts in a suburban backyard with Darren Keefe and his older brother, sons of a fierce and gutsy single mother. The endless glow of summer, the bottomless fury of contest. All the love and hatred in two small bodies poured into the rules of a made-up game. Darren has two big talents: cricket and trouble. No surprise that he becomes an Australian sporting star of the bad-boy variety—one of those men who’s always got away with things and just keeps getting. Until the day we meet him, middle aged, in the boot of a car. Gagged, cable-tied, a bullet in his knee. Everything pointing towards a shallow grave. The Rules of Backyard Cricket is a novel of suspense in the tradition of Peter Temple’s Truth. With glorious writing harnessed to a gripping narrative, it observes celebrity, masculinity—humanity—with clear-eyed lyricism and exhilarating narrative drive. Jock Serong’s most recent novel, On the Java Ridge, a fast-paced political thriller, was published in 2017. His debut novel Quota won the 2015 Ned Kelly Award for Best First Crime Novel. The Rules of Backyard Cricket is nominated for a 2018 Edgar Allan Poe Award and was shortlisted for the 2016 Victorian Premier's Literary Award. Jock teaches law and writes feature articles in the surfing media and for publications such as The Guardian and Slow Living. He lives with his wife and four children in Port Fairy, Victoria. ‘The Rules of Backyard Cricket by Jock Serong, while classified as ‘crime’, is a compelling literary novel dissecting toxic sporting culture and its fallout.’ Paddy O’Reilly, Australian Book Review, 2016 Books of the Year ‘The Rules of Backyard Cricket got the thumbs up from everyone.’ Favourite Fiction for 2016, Avenue Bookstore ‘My favourite reading experience of the year (and I don’t even like cricket).’ Heather Taylor Johnson, Sydney Morning Herald’s Year in Reading ‘Blow me down if I didn’t hang on every word.’ Clare Wright, Best Books of 2016, Australian ‘One of the great novels written about sport…Delicious. It’s the top read of the summer.’ Stuff NZ ‘A deeply interesting novel about sibling rivalry, family, masculinity, and the game of cricket…Serong is a talented storyteller, and he brings this unusual world to life.’ Booklist ‘Merges my childhood dreamscape of hot days and sporting ambition with a page-turning thriller set within the rot of professional sport. Beautifully Melbourne. Get on it!’ Tony Wilson ‘Readers who have fallen in love with Australian mysteries, thrillers and crime novels have a whole world to discover with fantastic authors bringing the southern hemisphere to life…As in the UK, cricket is a national passion in Australia and Jock Serong delves into the murky world of professional sportsmen.’ Jane Harper, Daily Mail
Buy Kindle Version
Buy Paperback Version 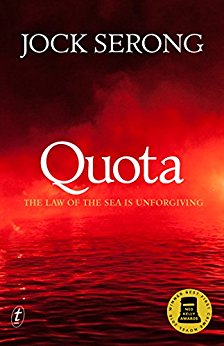 Charlie Jardim has just trashed his legal career in a spectacular courtroom meltdown, and his girlfriend has finally left him. So when a charitable colleague slings him a prosecution brief that will take him to the remote coastal town of Dauphin, Charlie reluctantly agrees that the sea air might be good for him. The case is a murder. The victim was involved in the illegal abalone trade and the even more illegal drug trade. And the witnesses aren't talking. And as Dauphin closes ranks around him, Charlie is about to find his interest in the law powerfully reignited. Jock Serong’s most recent novel, On the Java Ridge, a fast-paced political thriller, was published in 2017. His debut novel Quota won the 2015 Ned Kelly Award for Best First Crime Novel. The Rules of Backyard Cricket is nominated for a 2018 Edgar Allan Poe Award and was shortlisted for the 2016 Victorian Premier's Literary Award. Jock teaches law and writes feature articles in the surfing media and for publications such as The Guardian and Slow Living. He lives with his wife and four children in Port Fairy, Victoria. ‘Pitch-perfect dialogue, and a strong sense of place…A very engaging, and extremely realistic debut novel.’ Reviewing the Evidence ‘This gritty debut maintains the pace and suspense.’ Qantas The Australian Way ‘A very entertaining read. What we look for in fiction is a story that resonates somewhere in our memory/imagination, characters that are enthralling…and settings, in time and space, that are authentic…Jock can tick the boxes.’ Queenscliffe Herald ‘These characters are full of life.’ NZ Listener ‘You will revel in this great thriller. Jock Serong with his background s lawyer and a local living along the Surf Coast, effortlessly gives his novel a ring of authenticity. You will quickly become engrossed in this great crime thriller with its dark underbelly of secrets and divided loyalties.’ Surf Coast Times ‘Serong’s prose is evocative, his dialogue convincing, and the atmosphere of small-town life pungently suggested.’ Canberra Times ‘A gripping work of literary suspense that blends tense courtroom drama with tight-lipped witnesses and brooding small-town strangeness...It’s a well-placed, atmospheric tale that manages to be page-turning as well as poignant; whether you’re a crime fan or not, it’s worth a read.’ Kill Your Darlings ‘Rich with nuanced observation of people in pressured situations and the theatrics of those who understand courtroom rules and customs…Serong’s human instinct flourishes.’ Swellnet ‘Jock Serong writes with a surfer’s love of the water. The cold, the pulse and the power loom over this book…There will no doubt be more Charlie Jardim novels.’ Law Institute Journal ‘This debut novel by former lawyer Jock Serong is a very credible entry into the world of Australian crime, with its shades of Jack Irish and a hint of Rake…Jock Serong’s familiarity with the people and social structures of small country communities enables him to forensically profile the characters who inhabit his novel and detail their often complex and sometimes contradictory relationships…His sea and landscape portraits are beautifully depicted. Bring on the next brief for Jardim of Counsel.’ Good Reading ‘This book is a ripper…The writing is beautiful. There is tension, rhythm, beauty and ugliness in here. This would make a great movie with its strong characters and narrative arc but then we’d miss the lyricism of the wriitng. Do read this one.’ Geelong Advertiser
Buy Kindle Version
Buy Paperback Version 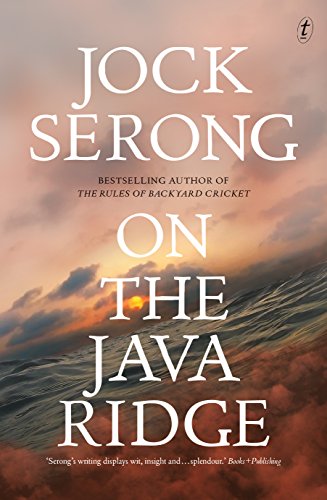 On the Java Ridge

Shortlisted for the Indie Awards 2018 On the Java Ridge, skipper Isi Natoli and a group of Australian surf tourists are anchored off the Indonesian island of Dana. In the Canberra office of Cassius Calvert, Minister for Border Integrity, a federal election looms and a hardline new policy on asylum-seekers is being rolled out. Not far from Dana, the Takalar is having engine trouble. Among the passengers on board fleeing from persecution are Roya and her mother, and Roya's unborn sister. The storm now closing in on the Takalar and the Java Ridge will mean catastrophe for them all. 'Taut and impressive.' Sydney Morning Herald 'You won't be able to put it down.' SA Weekend 'Cements Serong's place as one of Australia's most innovative and ambitious crime writers.' NZ Listener
Buy Kindle Version
Buy Paperback Version
Scroll to top