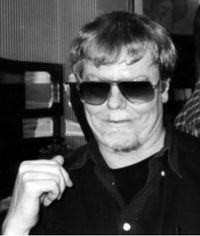 John Raymond Brosnan was an Australian writer of both fiction and non-fiction works based around the fantasy and science fiction genres. He was born in Perth, Western Australia, and died in South Harrow, London, from acute pancreatitis. He sometimes published under the pseudonyms Harry Adam Knight, Simon Ian Childer (both sometimes used together with Leroy Kettle), James Blackstone (used together with John Baxter), and John Raymond. Three not very successful movies were based on his novels–Beyond Bedlam (aka Nightscare), Proteus (based on Slimer), and Carnosaur. In addition to science fiction, he also wrote a number of books about cinema and was a regular columnist with the popular UK magazine Starburst. 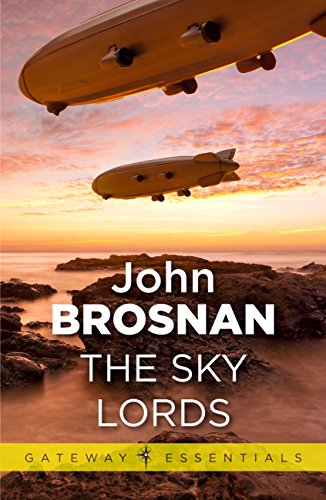 The Gene Wars have turned Earth into a blighted wasteland. Mile-long airships patrol the skies, exacting crippling tribute from the scattered ground communities. Threatened by mutant vegetation and predatory creatures, forced to the brink of starvation by the Sky Lords, Minerva - a former feminist utopia - has had enough. Its rebellion is swiftly crushed and Jan Dorvin, a Minervan warrior, is winched aboard a Sky Lord; towards a fate worse than death. For as a ground dweller and slave - but above all, as a woman - she is now regarded as the lowest form of humanity and is consigned to a life spent serving the sexual appetites of male slaves. But no Minervan could be kept slave for very long...
Buy Kindle Version
Buy Paperback Version
Buy Hardback Version 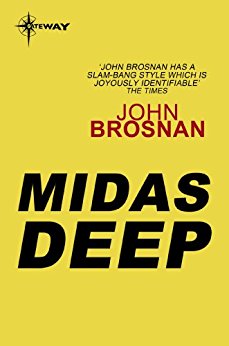 In the darkest depths of the Pacific lies a new, underwater frontier, where only the brave or the desperate dare to tread... Experts from the West, to harvest rich minerals - and to spy. The Russians, to further their plans for global domination. A team of sadistic mercenaries hired to protect mammoth business interests. And a British journalist, Christopher Maine, in search of a story - and the sinister truth. Down on the ocean bed a giant submersible forages for hidden treasures. But then the forces of man and nature terrifyingly unleash disaster after disaster - until the survival of the world itself is at stake.
Buy Kindle Version
Buy Paperback Version 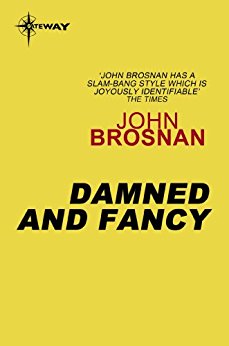 Travis Thompson had been a hard-hitting investigative journalist. Now he wore blue tights and a bright red codpiece, and rode a horse around a world which resembled a second-rate medieval movie set. Jack the demon told him he'd been transported here by magic, but Travis knew it couldn't be real. Right? But whatever the truth, he had to find his way home. He hadn't even cancelled the milk. Mind you, the cross-dressing princess was very beautiful, and Travis supposed you could get used to goats' testicle stew if it was your basic diet for long enough...
Buy Kindle Version
Buy Paperback Version 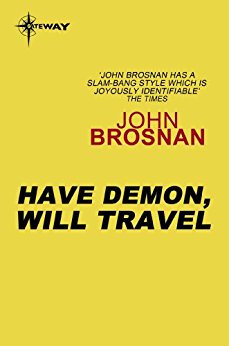 Have Demon, Will Travel

There's a naked succubus in his bathroom, a fairy tale princess in his kitchen and a foul-mouthed demon in his fridge; Travis Thomson thought that, having returned from Samella (don't ask), his troubles were all over - but discovers that most of them have accompanied him home from that fantasy land to his flat (except the horse, which has turned up in his garden). A whole mess of mishaps just waiting to happen... But other problems have also arrived from Samella: the vampiric Prince Valerie and his sorcerer sidekick Damion have popped up in London's East End, eager for vengeance. Quickly acquiring a band of loyal followers who vaguely resemble the cast of a cockney soap opera, Prince Val and Damion discover the joys of living in a penthouse and robbing banks. Will they catch up with Travis and his companions before the Old Bill catch up with them?
Buy Kindle Version
Buy Paperback Version 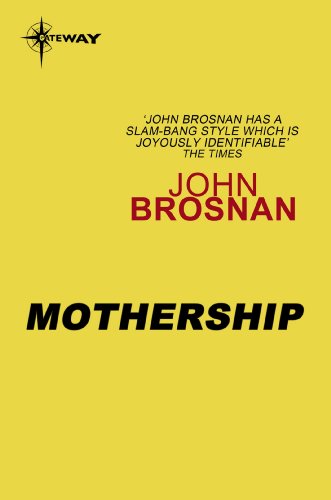 Shrewd, devious, cunning and a born liar - but as a Court Jester, Jad's a disaster. So when he's sent off with the warlord's son, Prince Kender, on a spying mission, he's hoping that his less desirable traits will actually save his life. Since the Day of Wonder, when all the electric lights stopped working, there have been rumours of unrest in the neighbouring domains . . . and no one has seen hide nor hair of any of the Elite, the ruthless technocrat class that have ruled Urba for centuries. What most of the inhabitants don't realise is that their world of Urba is actually a giant spacecraft, an ark built more than a thousand years ago to save as much of the Earth's population as possible before the sun went nova. The Elite were originally the ship's crew, and as a social experiment, the ship's population were forced to live a pseudo-mediaeval life . . . and as the centuries passed, the Elite became decadent, corrupt and cruel and the truth about Urba became hidden. And now Jad and his courageous - if thick - Prince are about to find out what happened to the Elite - and what's happening to the people of Urba . . .
Buy Kindle Version
Buy Paperback Version
Buy Hardback Version 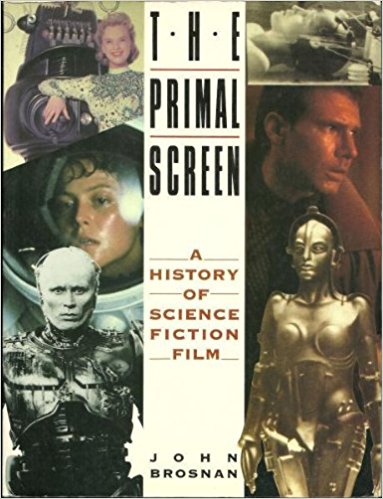 This history of science fiction film traces the genre from its earliest days to the two pre-war blockbusters, "Metropolis" and "Things to Come", whose commercial failure put an end to big-budget science fiction film-making for 30 years. It goes on to examine the space adventures of the 1950s, such as "Forbidden Planet" and "This Island Earth", the more horror-based examples such as "Invasion of the Body-Snatchers", the hugely successful "2001" and the post-"Star Wars" boom from the late 1970s onwards. The author is a science fiction critic and author whose novels include the "Skylords" series.
Buy Paperback Version
Buy Hardback Version 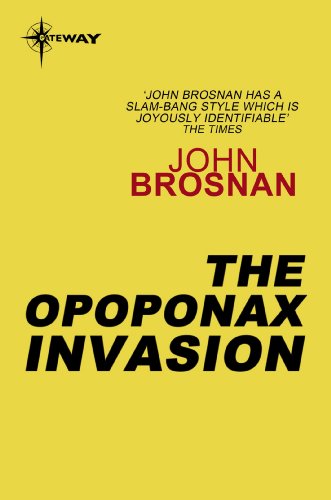 It's 2248, and in a society so electronically wired-up that everyone is obliged to be imprinted with their own personal circuitry, it takes a pretty sharp operator to beat the system. Joster Rack is such an operator. He is a unique and special kind of thief: an electronic chameleon who can penetrate and manipulate any computer going. For years he has been just one step ahead of the all-powerful corporations whose empire stretches from Earth to the moons of Jupiter and back - but now they are finally closing in on him. For Joster has made a serious mistake: in pulling off his most audacious heist yet, he has revealed an Achilles heel. But even worse, he has unwittingly sparked off the most terrifying threat the human race has ever had to face - The Opoponax Invasion.
Buy Kindle Version
Buy Paperback Version 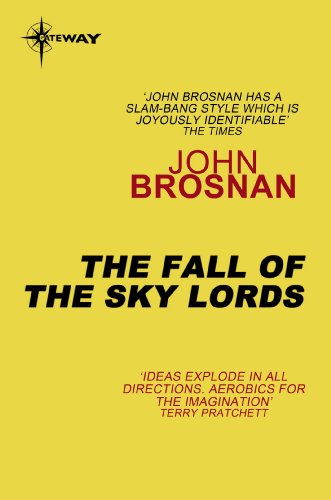 The Fall of the Sky Lords

Shangri-La is a protected haven built by the enigmatic Eloi, (genetically-enhanced humans of indeterminate sex), and is now the Antarctic underwater prison of Jan Dorvin, once Sky Lord Captain, sometime dictator of the depleted Earth of the Gene Wars, and her maimed lover, Robin. Far above them, the struggle against the mighty airships an their commanders continues, as Ashley, a rogue computer personality, once again joins forces with the Machiavellian trickster, Milo Haze, against the remaining rebellious survivors of humanity. Meanwhile, on Belvedere, a religious commune set in deep space, contact is made with Earth for the first time in years and an unexpected counter is thrown into the game. Milo Haze, Mark Two, is about to enter the equation.
Buy Kindle Version
Buy Paperback Version
Buy Hardback Version 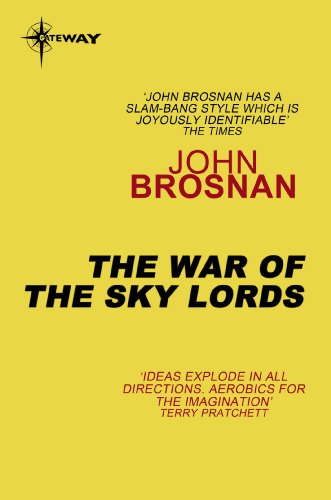 The War of the Sky Lords

Jan Dorvin, the Minervan, has overthrown the power of no less than five of the mighty airship colonies known as the Sky Lords that once terrorized the Earth and destroyed her people. Now, under her rule, the Lord Montcalm, the Lord Matamoros, the Perfumed Breeze, the Lord Retribution, and the Lord Nimrod all unwillingly bow to the ancient yet superior and terrible technology that she has plucked from outer space. But not every Sky Lord is under her control. Now her enemies are learning that as much as they hate each other, the only way to survive is to join together in a colossal show of strength that not even the laser beams of a Sky Angel, a sentient computer program, or an uppity Minervan can resist.
Buy Kindle Version
Buy Paperback Version
Buy Hardback Version
Scroll to top