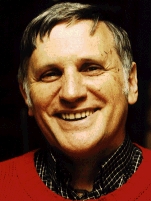 John Marsden's family tree shows no trace of writers, although his great great great great uncle was a famous Australian clergyman, who wrote millions of words, in the form of sermons, letters and diaries.

The Rev Samuel Marsden was a tough cookie. In the early days of white Australia he served as both magistrate and Church of England minister. Known as the "Hanging Parson", it was said that he sentenced people to death by hanging on Friday, gave them Communion at church on Sunday, then supervised their execution on Monday. One of Samuel’s biographers commented that in all the millions of words he wrote, no hint of a sense of humour could be discerned, except for one pun that was probably accidental.

John's grandfather was a well-known opera singer, and a colourful character who brought a team of Fijian cricketers to Australia on a much-publicised tour in the 1900s. John's own father was somewhat more conservative: a bank executive who fought with distinction in World War II. His mother was a strong person who believed in the value of education, and who did everything possible to give her children successful starts in their careers.

John's early life was spent in the country towns of Kyneton Victoria and Devonport Tasmania. Like most kids his age, his main interests were playing marbles, riding bikes, reading comics and going to the pictures. However, his reading interests were wider than most, and in his early childhood he began a love affair with books which has never waned. Among his early favourites were Robinson Crusoe, the works of Tasmanian author Nan Chauncy, and The Children of Cherry Tree Farm by Enid Blyton.John Marsden

When John was 10 years old, the family moved to Sydney, where all four children attended private schools, John and his brother Andrew at The King's School Parramatta, a deeply conservative paramilitary institution with strict standards and a culture of rugby and rowing. Neither boy was particularly well suited by this, but they both survived, John barely, having ignored or defied most of the school rules during his years there.

Reading continued to be a major source of support and pleasure, especially during the lengthy times he spent in detention, usually for three hours on Saturday mornings. His tastes ranged from the relatively sophisticated -- Salinger, Dickens, Kafka -- to the blatantly adolescent -- Fleming, Innes, Bagley -- but he became a very fast reader, sometimes knocking off three books in a day. He also spent many hours daydreaming, and many hours pondering on profound educational questions, such as "Why does school have to be so crap?"

His sense of justice was enhanced by his time at King’s, and a letter he wrote to the school magazine, in 1967, when he was in Year 11, criticising the behaviour of prefects and the system which allowed them their excesses, created such controversy as to give him an early taste of the power of language.

John MarsdenFrom King’s, John went to Sydney University, where he studied Arts/Law, but a growing sense of alienation and loneliness, deriving from family rifts, educational experiences, and his own personality, became overwhelming, resulting in his dropping out of University and eventually being admitted to a psychiatric hospital. Harrowing in some respects, the hospital experience was nevertheless a positive one. It enabled him to explore himself and the world in a new way, one which recognized the primacy of emotions. It gave him a support base from which he was, in his words, enabled to begin "building a new life”.

This process of discovery took many years however. Through his 20s, John drifted from job to job, but decided, in 1978, to try a teaching career. From the start he recognized the potential of teaching to satisfy his need for creative expression, his love of variety and adventure, and his desire to nurture others. His initial teaching appointment was at All Saints' College, Bathurst, NSW, where the boy who had been reserve for the Under 13 H's Rugby team at King's, thereby marking him as the worst rugby player in the school, found himself in the role of Sportsmaster and P. E. teacher.
Overcoming a mad desire to do away with football and cricket in favour of chess and creative dancing, John prospered in his new position, but gradually moved away from sports and into his more natural metier, the teaching of English. He was soon appointed as Head of English at Geelong Grammar School, Highton, and after two years there, Head of English at the famous Timbertop campus.John Marsden

An interest in writing, which had developed side-by-side with his love of reading, was now about to manifest itself in a new way. He made two critical decisions whilst at Timbertop. One was to write for teenagers. He had been excited to find some American novels written specifically for this age group, and which were contemporary, lively and bold. Aware of the apathy of his own students towards reading, John resolved to try to write something that they might like.
As well, he decided to abandon the edit-as-you-go approach which he had always used, but which had been relatively unproductive, and to try writing a story at full throttle, not worrying about the editing until the whole thing was finished.
Astonishing himself at the change this made, John wrote a complete novel in three weeks. Published in 1987 as "So Much to Tell You", the book was indeed eagerly received by teenage readers, winning many awards and selling record numbers. Since then John's careers as teacher and author have continued hand in hand. He has written or edited forty books, including "Letters from the Inside", "Everything I Know About Writing", "Secret Men's Business", "The Rabbits", and the phenomenally successful Tomorrow Series and Ellie Chronicles. The ten books which detail the lives of Ellie Linton and her friends, as they struggle to survive in a new and dangerous world, have been huge hits, locally and internationally. Free copies of "Tomorrow, When the War Began" were distributed to hundreds of thousands of Swedish teenagers, after it was selected by their peers as the book reluctant readers would be most likely to enjoy.

John MarsdenIn Australia alone, a country of fewer than 20 million people, John has sold two and a half million books.
Whilst this was happening, John continued his involvement in education, by teaching full-time for some years, but mostly by visiting thousands of schools to give talks or workshops. In January 1998 he bought a vast bush property just to the north of Melbourne, in the Hanging Rock area, where for eight years he ran very popular writing camps, attracting school groups from as far away as Indonesia, Singapore and Turkey. The success of this venture encouraged him to go further, and at the start of 2006 he launched his own school. Candlebark is a P-8 co-educational school, based to a considerable extent on the principles of Fitzroy Community School in Melbourne. Its numbers are deliberately kept small, in the interests of maintaining a warm and friendly atmosphere, and its philosophy is one of creative lively learning which is purposeful and challenging.

The school has a four-year waiting list.John Marsden

At the age of 56 John is excited about the new challenges in his life. He has many ideas for books he would like to write and is keen to see Candlebark continue to develop as an inspiring educational environment. Reading and daydreaming are still among his favourite occupations, and his faith in the creative and honest spirit of young people with whom he works grows stronger every day. 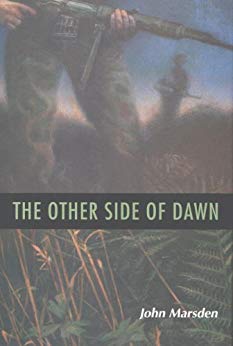 The Other Side of Dawn (Tomorrow Book 7)

The Other Side of Dawn is the long-awaited, riveting, final title in the Tomorrow series about a group of teenagers in war-torn Australia. Since their home was invaded by enemy soldiers and transformed into a war zone, Ellie and her friends have been fighting for their lives. They have learned survival skills out of necessity and taken care of each other through impossibly dark times. Now, with a roar like a train in a tunnel, the war has entered its final days. There’s no more sitting around, no more waiting. There’s only fast decisions, fast action, fast thinking—and no room to get it wrong. As the enemy forces close in on their hideout in Hell, Ellie, Fi, Homer, Lee, and Kevin, and their adopted group of orphaned children, find themselves facing the last chapter of their struggle for freedom. But it may just be the most dangerous yet. And not everyone will survive.
Buy Kindle Version
Buy Paperback Version
Buy Hardback Version 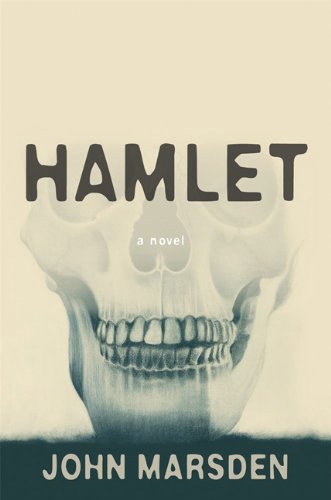 The Dane as never seen before -- in a daring, dazzling, sexy prose retelling of Shakespeare’s tragedy by best-selling author John Marsden. (Age 14 and up) Something is rotten in the state of Denmark, but Hamlet can’t be sure what’s causing the stench. His rage at his mother’s infidelities -- together with his greed for the sensual Ophelia and his dead father’s call to revenge a "murder most foul" -- have his mind in chaos, and he wants to scatter his traitorous uncle’s insides across the fields. But was it really his father’s ghost that night on the ramparts, or a hell-fiend sent to trick him? "Action is hot," he tells Ophelia, who lives shut up in a tower with her longings and lust. "Action is courage, and reflection is cowardly. Picking up the knife has the colors of truth. As soon as I hesitate. . . ." In this dark, erotically charged, beautifully crafted novel, John Marsden brings one of Shakespeare’s most riveting characters to full-blooded life in a narrative of intense psychological complexity.
Buy Kindle Version
Buy Hardback Version 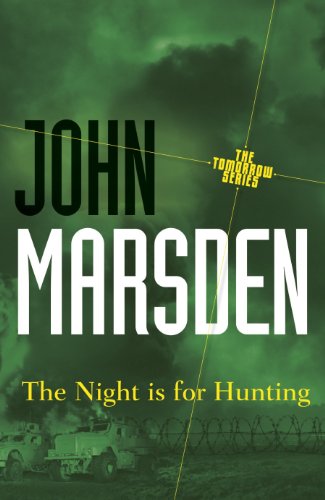 BOOK 6 IN THE AWARD-WINNING TOMORROW SERIES Hunting and being hunted. Sometimes life seems to offer nothing more than a chase to the death. The fight to survive has never been fiercer. But as they wage war, Ellie and her friends still find time for other things: friendship... loyalty... even Christmas. If only they can withstand another night. Fans of Veronica Roth, Suzanne Collins and John Flanagan will love John Marsden.
Buy Kindle Version
Buy Paperback Version
Buy Hardback Version
Scroll to top