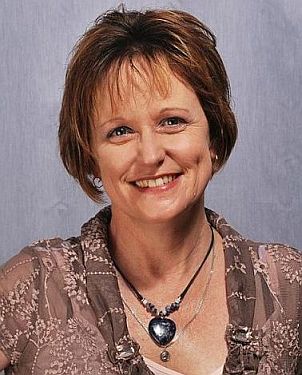 Romance author, award nominee, dream achiever, mother, wife, cleaning fairy, Dacshund owner writing fun, action-packed, sexy stories filled with feisty, caring characters ready to risk everything for love.
Juanita Kees achieved her dream of becoming a published author in 2012.
Under the Hood (Book 2 in the Under the Law series) followed in 2013 as one of the first releases from Harlequin’s digital pioneer, Escape Publishing.
Since then Juanita has been a finalist in the Romance Writers of Australia Romantic Book of the Year and the Australian Romance Readers Awards.
She escapes the real world to write stories starring spirited heroines who give the hero a run for his money before giving in. 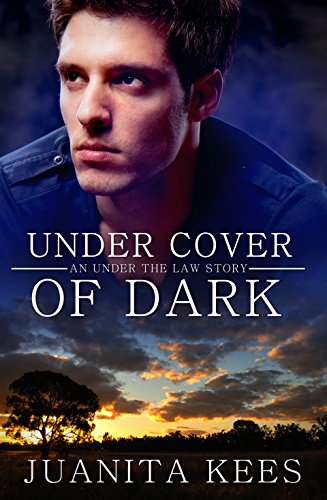 Under Cover Of Dark (Under The Law)

New Australian romantic suspense follows Under the Hood, about a Western Australian drug gang, the teenagers they recruit, and the cop who wants to bring them down. When Mark Johnson delves deeper into his investigation into the murder of Tiny Watts, and the involvement of a teenage gang with sleazy lawyer Gino Bennetti and his drug world ties, the last thing he expects is to be interviewing Gino’s widow, a woman in a world of trouble. When her husband is shot and killed, it is both a relief and a disaster. Lily has her son to protect and secrets that run deeper than the scars she bears. Mark Johnson is the last person she wants uncovering those secrets, especially the truth about her son Luke’s involvement in Tiny Watts’s murder. As the investigation continues and Lily’s wounds begin to heal, she finds the detective easy to trust and the friendship between them blossoms into more. But the secret Lily holds places everyone in very real danger. When it is finally revealed, Lily will lose everything: her son, the man she’s grown to love, her freedom and her life.
Buy Kindle Version
Buy Paperback Version 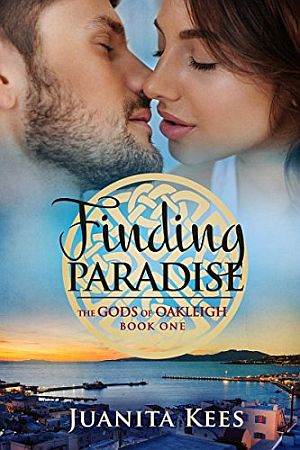 From the shores of Mykonos to Melbourne Australia, Arian and Ajax find that sometimes in life or death true love is worth fighting for. Arian Kendrick has always felt she doesn’t quite fit in. On holiday in Mykonos she rescues a little girl from drowning and discovers powers she didn’t know she had. As her long-dormant mystical talents blossom, so does her heart when she meets Ajax, the handsome, mysterious Greek-Melbournian who swears he is destined to be in her life. After falling on his sword after the Battle of Troy, Ajax the Great is banished to Van Diemen’s Land where he must search for a way to redeem his soul. Two thousand years later, he is given a second chance when Zeus orders him to Mykonos to search out and protect the future Queen of the Faeries, Arianrhod. The last thing he expects is to fall in love. But every romantic island holiday must come to an end, and the mysteries and fairytales of Mykonos fade into the suburban reality of Melbourne where Arian begins to doubt Greek lore and the magic in her veins. Can Arian embrace her mythical legacy in time to save her people as Hades threatens to destroy Paradise forever, and will Ajax rise to fight by her side, or is he destined to fall on his sword for eternity? The quiet suburb of Oakleigh may never be the same again. Not as long as the gods are in town...
Buy Kindle Version 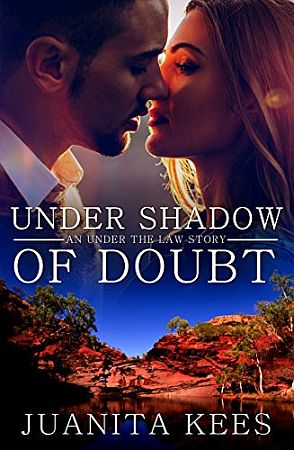 Under Shadow Of Doubt (Under The Law)

She might be the biggest star in Australia, but she never forgot the small town she came from, or the man she left behind... Peta Johnson may be rich, famous, and adored, but it doesn’t protect her when the man she married turns out to be a monster. With her little girl missing, Peta will do anything to get her back — including returning to the small Western Australian town she vowed never to see again. Jaime Caruso left his heart in Williams when he left to pursue a military career, but it soon shrivelled and died when he discovered the girl he loved didn’t love him enough to wait. Back in town to help his ailing father, Jaime struggles with the memories and plans to leave — permanently — as soon as possible. But then Peta returns and Jaime gets swept up into the nightmare she is living. Feelings long buried soon bubble to the surface, and as they race to save the life of the daughter Jaime doesn’t know is his, they must decide if life — and love — really does give second chances.
Buy Kindle Version
Buy Paperback Version 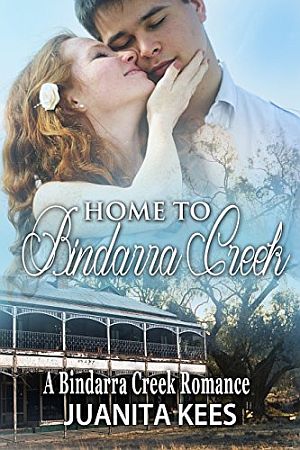 When fate brings together two lost souls, it’s time to leave the shadows behind and come home to Bindarra Creek. With rejuvenation of her small home town in the pipeline, Park Ranger, Alice Pritchard has no choice but to let go of the past. Dan Molyneaux roars into her life in his high-powered V8 and reopens the Riverside Pub, forcing her to face her ghosts, his possum problem, Curly the cockatoo who swears like a sailor, Old Man Jake who’s appointed himself caretaker of the property, and Grandad Charlie who’s determined to find her the man he thinks she deserves. Alice would love to ignore them all and keep living in the cocoon she’s created for herself in sleepy Bindarra Creek, but fate has other plans for her. Dan isn’t looking for love or the friendship of the two crazy old men who appear to have adopted him. All he wanted was the peace and quiet of the country, away from the city highways. Soon he’s swept along by renovations, fundraisers, hell-raisers and the problems of a small town coming back to life. But it’s the park ranger he’s curious about. Why would a girl as beautiful as Alice bury herself in a backwater town so far off the main highway, it was merely a blip on the satellite map? What he uncovers raises some of his own ghosts from the dead.
Buy Kindle Version
Buy Paperback Version 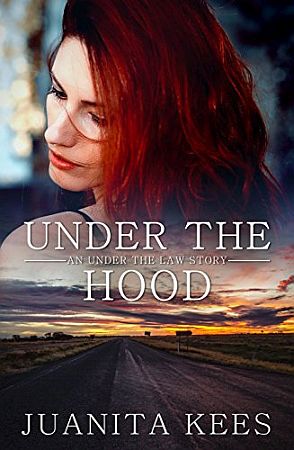 Under The Hood (Under The Law)

When Scott Devin buys a struggling car dealership in semi-rural Western Australia, the last person he expects to see in charge is a stilletto-wearing, mini-skirted foreperson. Exactly the distraction a struggling, male-dominated workshop doesn’t need! But there’s more to TJ Stevens than meets the eye. TJ Stevens has two major goals in life: to preserve her grandfather’s heritage and protect her teenage rehabilitation program — and she’ll go to any lengths to do it. Scott Devin’s presence is a threat to everything she’s worked hard to achieve, so keeping him at arms length shouldn’t be a problem…or will it?
Buy Kindle Version
Buy Paperback Version 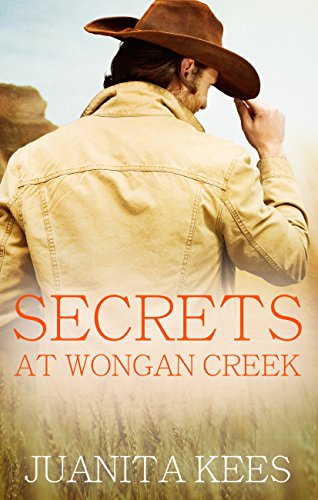 Still waters run deep in Wongan Creek... When spray drift ruins his crop and throws his ability to hold on to the family farm into question, Harley Baker wants to confront his neighbour and shout his rage and worry to the sky. But arguments are tricky when the woman whose herbicides killed his crop is also the woman he’s loved his whole life. Tameka Chalmers knows that her father’s farming methods are outdated, inefficient, and even dangerous, so when Harley charges her with the loss of his livelihood, she can only accept the blame. There’s so much she would like to do differently, but her father’s rule is absolute and if she wants to keep working the farm she loves, she must do as she’s told. But the simple action of speaking with Harley, the man she wants but can never have, starts an unexpected chain reaction of events that throw everything she’s ever known into question: her past, her family, her life. Dark secrets come to light and when Tameka is injured in a house fire, she and Harley have one small chance to seize a lifetime of happiness, if only they are able to rise from the ashes and claim it.
Buy Kindle Version

Wongan Creek has a second chance at life, but new possibilities unearth long-buried secrets... Travis Bailey may as well be Wongan Creek. His family has farmed canola for generations, and he sometimes feels like he holds the community together with his bare, dirt-stained hands. Between caring for the farm, his orphaned niece and his elderly, ailing neighbour, he doesn't have time for himself. He doesn’t have time to fall in love. Social worker Heather Penney is living on borrowed time. When her mother died of Motor Neurone Disease, she took the initial blood tests and now nothing is guaranteed, let alone a future with a family and a home and a child. Wongan Creek, and its resident protector, might be getting under her skin, but she can't afford to get attached. But even as a new mine revitalises the small town, old secrets threaten to resurface, and Travis and Heather find themselves fighting to save the farms and the futures of Wongan Creek's long-time residents — and possibly their own lives.
Buy Kindle Version
Buy Paperback Version
Scroll to top