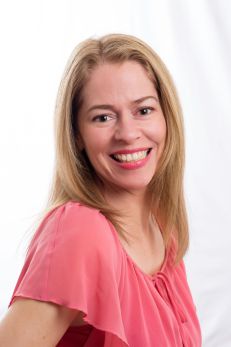 Juliet Madison is a bestselling and award-nominated author of 17 books in fiction and self-help, an inspirational colouring book artist, and a self-empowerment and writing coach/tutor.
With her background as a naturopath and a dancer, Juliet is passionate about health, fitness, and living a positive life. She likes to combine her love of words, art, and inspiration to create books that entertain and empower readers to love, laugh, and live.
Juliet lives on the picturesque south coast of NSW, Australia, where she spends as much time as possible writing books and as little time as possible doing housework. 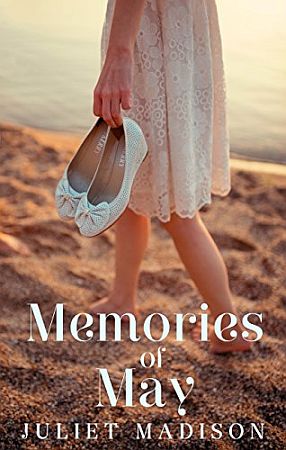 Memories Of May (Tarrin's Bay Series)

They say that truth is stranger than fiction, but in Tarrin’s Bay, she’s about to find that love is stronger than time... By day, single mother Olivia Chevalier runs the family’s bookstore and raises her nine-year-old daughter. By night, she escapes into a world of fiction where there is excitement, romance, and happy endings. Both of her roles are endlessly rewarding, but Olivia’s life has not been without challenges, hard work, and disappointment. So when enigmatic travel writer Joel Foster walks into her bookstore – and her life – with his mantras of trying new things and taking risks, Olivia knows that nothing will change. But when a family dilemma surfaces, Olivia is compelled to enroll in Joel’s writing course to tell the story of her grandmother’s life. With each new day and each new page, Olivia discovers secrets about her family and truths about herself, and finds herself yearning to rewrite the story she has planned and seek a life as intriguing as fiction.
Buy Kindle Version
Buy Paperback Version 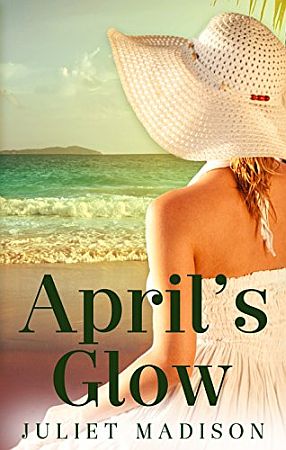 The heartwarming new Tarrin’s Bay novel from bestselling author Juliet Madison is all about moving on – in unexpected ways. Distracting herself from a string of bad luck and a disastrous love life, bubbly April Vedora throws herself into her new business —April’s Glow, a candle store in seaside Tarrin’s Bay — the enchanting scents and colourful atmosphere provide a safe haven. But outside business hours she’s clueless about her personal life. When a mysterious loner moves in next door, she can’t help but become intrigued, and ex-soldier Zac Masterson is equally fascinated by April. But both have sworn off relationships, and while April avoids her emotions by keeping busy and sociable, Zac hides away from the world — and his past. As the pair chip away at each other’s facades and secrets are revealed, April fears that the man she is unwillingly falling for could represent everything she’s worked so hard to avoid. Or could they be just what the other needs? They’ve shared their secrets over the back fence, but resolving the past is going to mean opening the doors to their hearts — and letting each other in.
Buy Kindle Version
Buy Paperback Version 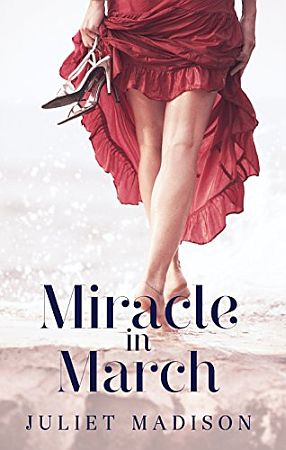 A new Tarrin’s Bay novel from best-selling author Juliet Madison. She took a break from real life, and found what she didn’t know she was looking for. Emma had plans, travel plans, going-far-away plans, but her family means everything to her, so when they needed help, she was there to deliver it. Running the family business of beachside cabins in Tarrin’s Bay might not be the same as the French Riviera, but Emma finds a certain level of peace in the beautiful setting and small town community. But when she finds that her ex-boyfriend, a man she left behind without explanation, staying in one of the cabins, her peace is ruined. She knows the only way to get it back is to share the secret she’s been hiding for five years, and admit to him the limitations that she now carries. But James has his own truths to share, and he’s not the man that Emma once knew. They are both in very different places than before, but it’s a time for renewal and second chances when their reunion brings secrets to the surface, dreams to be remembered, and the realisation that they are both in need of a little miracle.
Buy Kindle Version
Buy Paperback Version 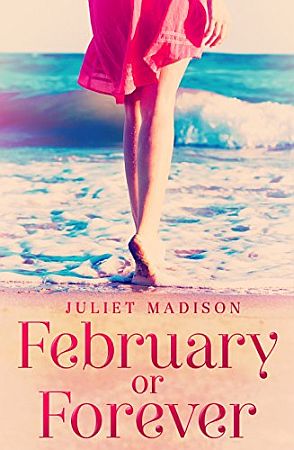 In this heartwarming coastal romance, Escape bestselling author Juliet Madison asks, what if your favourite celebrity fell in love with you? Yoga teacher and single mother, Chrissie Burns has a plan: move into the rundown beach house left to her by her deceased aunt, renovate it, sell it, and move on. The scene of a terrible accident years ago, the house needs to get out of Chrissie's hands as soon as possible. But Tarrin's Bay, where the house stands, has more to offer than bad memories. The town is lovely, the people friendly, and even Chrissie's young son finds friends and begins coming out of his shell. Employed at Serendipity Retreat as a yoga instructor, Chrissie is shocked to be given the role of private teacher to Drew Williams, Australia’s top singer/songwriter for the month. Relationships between instructors and clients are strictly forbidden, but Drew draws happiness out of Chrissie with his down-to-earth nature and sense of humour. Days of stretching and bending may bring Chrissie unexpected peace and strength, but she knows that this interlude must end, and there's no pose or position to aid her when Drew walks away and leaves her broken-hearted.
Buy Kindle Version
Buy Paperback Version 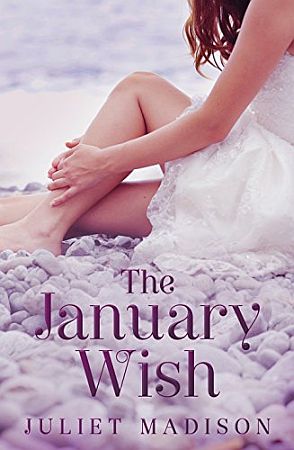 From Escape's queen of ro-magic comedy comes a sweet, emotional contemporary romance about the pleasures of making a wish and seeing it come true. When Dr Sylvia Greene makes an impromptu wish at the Tarrin’s Bay Wishing Festival, it's the most out of character action she can think of. Hers is not a life of wishes. Hers is a controlled life of order, plans and preparation…of science and research and diagnosis and treatment. But her past has been weighing on her mind, and decisions made long ago have far-reaching consequences. A week later, the daughter she secretly gave up for adoption at sixteen arrives in Sylvia's small coastal town with secrets that can't be shared. Between feelings of guilt, gossip, and a growing attraction to an emotionally unavailable colleague, Sylvia's well-ordered life is soon thrown into chaos. She is no longer alone, and for the first time she feels as if her world is open to possibilities. They say be careful what you wish for, but, for Sylvia, the unexpected consequences may be just what the doctor ordered.
Buy Kindle Version
Buy Paperback Version 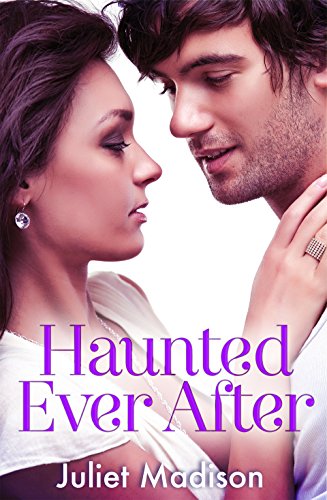 Mixing romance, humour and a sparkle of magic, Juliet Madison is back with a new full-length novel about a bride-to-be, a mystery and the stripper next door. When bride-to-be Sally Marsh attends a weekend away with her bridesmaids, the last thing she expects is an uninvited guest: the ghost of her fiancé's ex-girlfriend. Red is quirky, loud and distracting, and Sally is soon desperate to find the reason behind her presence, so she can rid herself of her embarrassing shadow before the wedding day. Unfortunately, the ghost is reluctant to share the reason for her existence, but very enthusiastic about Ty, the surprise hen’s night stripper who keeps showing up at awkward moments. Time is running out for Sally, but it’s also running out for Red. By the time all is revealed, Sally will be tested to the limits, and go above and beyond everything she’s ever believed in order to ensure not only her own happy-ever-after – but Red’s as well.
Buy Kindle Version
Buy Paperback Version 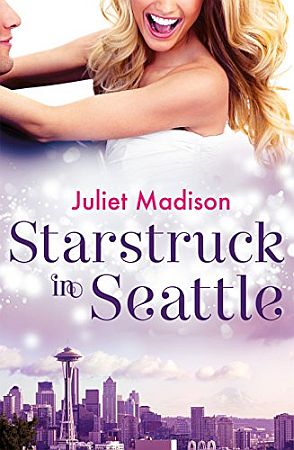 A sparkling story from the Queen of Ro-magic comedy! Aspiring actress Anna Hilford might only have a small role in a leading television drama, but she longs to be dreamboat Karl Drake’s leading lady. Sick of being loveless and overlooked, Anna seeks the help of intuitive love coach, Lulu, from LuluTheLoveAngel.com to give her the courage and determination to follow her destiny. But fate has different ideas, Lulu has undisclosed power, and Anna is about to realise that life happens while you’re busy making plans...
Buy Kindle Version
Buy Paperback Version 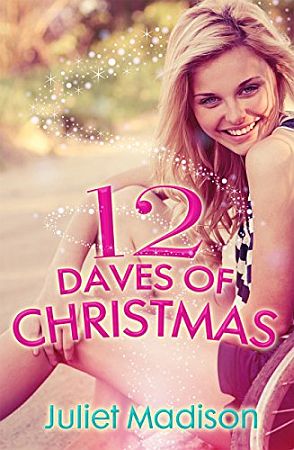 A beautiful, uplifting holiday story from bestselling author Juliet Madison about a lonely writer, her grandmother’s ghost, a road trip, and twelve different Daves. Abby Solomon may write happy-ever-afters for a living, but doesn’t believe she’ll have her own. But then a surprise visit from her grandmother’s ghost sets her off on a journey she’ll never forget. Grandma Charlotte wants to find her first love, Dave, who she mistakenly thought had died in World War II. A quick trawl through the Yellow Pages yields a list of twelve possibilities, and Abby and Charlotte set off on a Christmas road trip — twelve Daves over twelve days along the sun-drenched east coast of Australia. With just over a week to make the meeting happen, Abby has to meet a dozen Daves — some sweet, some quirky, some downright dangerous — while trying to honour her book deadline and enduring the awkward challenges of having a ghost as a travelling companion. But when she comes across a young doctor who looks like the hero in one of her novels, Abby has the chance to discover that true love transcends time and space, and that happy endings aren’t only to be found between the pages of a book.
Buy Kindle Version
Buy Paperback Version 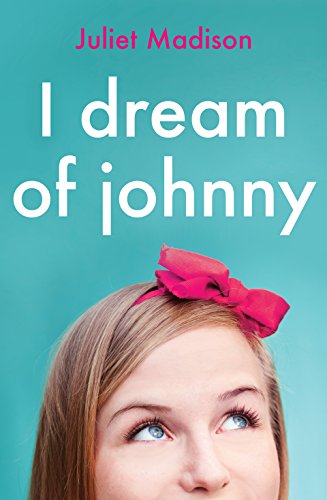 I Dream Of Johnny (novella)

From the author of Fast Forward comes a story about three wishes, a high-tech genie in a lamp, and one very unfortunate typo... Getting three wishes isn't all it's cracked up to be when an unfortunate spelling error in Mandy's high-tech magic lamp changes her wish for a Greek God to a Geek God. His fashion IQ is in the negatives, he’s clingier than cling wrap, and he has a penchant for breaking into song at inappropriate moments. Before Mandy can request a replacement wish, she has to put up with him for twenty four hours, and the timing couldn’t be worse — it's her friend’s wedding day, her ex will be there, and the God of Geeks insists on coming along for the ride!
Buy Kindle Version
Buy Paperback Version 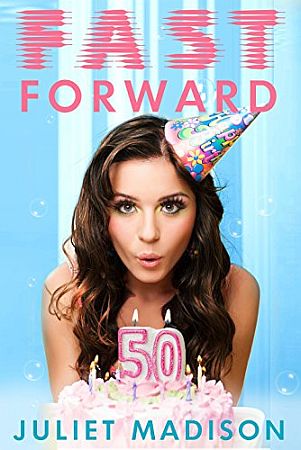 Aspiring supermodel, Kelli Crawford seems destined to marry her hotshot boyfriend, but on her twenty-fifth birthday she wakes in the future as a fifty-year-old suburban housewife married to the now middle-aged high school nerd. Trapped in the opposite life of the one she wanted, Kelli is forced to re-evaluate her life and discover what is really important to her. Will she overcome the hilarious and heartbreaking challenges presented to her and get back to the body of her younger self? Or will she be stuck in the nightmare of hot flushes, demanding children, raunchy advances from her husband and hideous support underwear forever?
Buy Kindle Version
Buy Paperback Version
Scroll to top