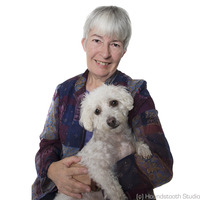 Welcome to the official website of Juliet Marillier, writer of historical fantasy. Juliet has been a full-time writer for about twelve years, after working as a music teacher and public servant. She was born in Dunedin, New Zealand – the most Scottish city outside Scotland itself – but now lives in Western Australia. Juliet’s novels combine historical fiction, folkloric fantasy, romance and family drama. The strong elements of history and folklore in her work reflect her lifelong interest in both fields. However, her stories focus above all on human relationships and the personal journeys of the characters.

Juliet is currently working on Harp of Kings, the first novel in a new historical fantasy series for adult readers. Her earlier books include the recently completed Blackthorn & Grim series and the Sevenwaters series, both set in early medieval Ireland, the Viking duology Saga of the Light Isles, the Bridei Chronicles, set in the kingdom of the Picts, and two series for young adults, the Wildwood books and the Shadowfell books. She has also written a stand-alone novel, Heart’s Blood, based on the fairy tale Beauty and the Beast, and a collection of short fiction, Prickle Moon. Visit the Books page for further details. Juliet’s short fiction can be found in various anthologies.

Juliet has won many awards for her writing, including five Aurealis Awards and four Sir Julius Vogel Awards, as well as the American Library Association’s Alex Award and the Prix Imaginales.

She is active in her local writing community, mentoring aspiring writers, giving workshops, and serving on the Literary Board of the Katharine Susannah Prichard Writers’ Centre. She is a regular contributor to genre writing blog Writer Unboxed.

Juliet is a member of the druid order OBOD (The Order of Bards, Ovates and Druids) and her spiritual values are often reflected in her work – the human characters’ relationship with the natural world plays a significant part, as does the power of storytelling to teach and to heal.

When not writing, Juliet is kept busy by her small pack of rescue dogs. She has four adult children and seven grandchildren. 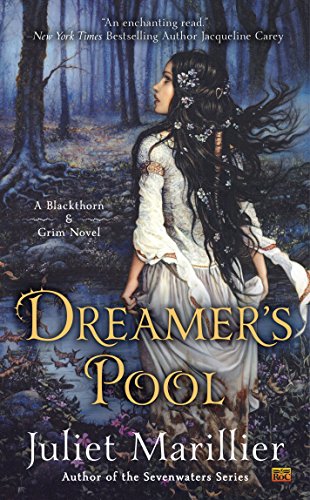 Award-winning author Juliet Marillier “weaves magic, mythology, and folklore into every sentence on the page” (The Book Smugglers). Now she begins an all-new and enchanting series that will transport readers to a magical vision of ancient Ireland.... In exchange for help escaping her long and wrongful imprisonment, embittered magical healer Blackthorn has vowed to set aside her bid for vengeance against the man who destroyed all that she once held dear. Followed by a former prison mate, a silent hulk of a man named Grim, she travels north to Dalriada. There she’ll live on the fringe of a mysterious forest, duty bound for seven years to assist anyone who asks for her help. Oran, crown prince of Dalriada, has waited anxiously for the arrival of his future bride, Lady Flidais. He knows her only from a portrait and sweetly poetic correspondence that have convinced him Flidais is his destined true love. But Oran discovers letters can lie. For although his intended exactly resembles her portrait, her brutality upon arrival proves she is nothing like the sensitive woman of the letters. With the strategic marriage imminent, Oran sees no way out of his dilemma. Word has spread that Blackthorn possesses a remarkable gift for solving knotty problems, so the prince asks her for help. To save Oran from his treacherous nuptials, Blackthorn and Grim will need all their resources: courage, ingenuity, leaps of deduction, and more than a little magic.
Buy Kindle Version
Buy Hardback Version
Scroll to top