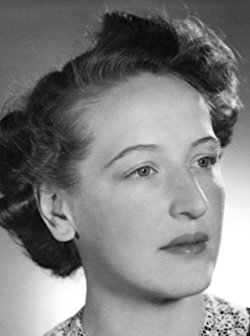 June Wright (1919-2012) was the Australian author of six detective stories, the last three featuring Mother Paul. Born in Melbourne, where most of her books are set, she had begun her writing career by winning a competition run by a London publisher. This ensured the publication of her first book, Murder in the Telephone Exchange in 1948. She herself had been working in a telephone exchange for four years. She was the mother of six children. Her last novel was published in 1966. She then retired from writing to help her husband with his business. 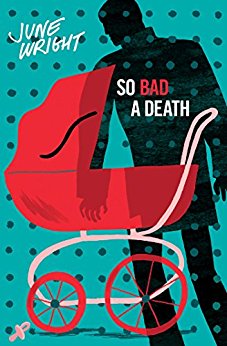 So Bad a Death

The return of Maggie Byrnes, heroine of Murder in the Telephone Exchange. Maggie is married now, with a young son, and living in an outer Melbourne suburb. But violent death dogs her footsteps even in apparently tranquil Middleburn. It’s perhaps not that much of a surprise when widely disliked local bigwig James Holland (who also happens to be Maggie’s landlord) is shot, but Maggie suspects that someone is also trying to poison the infant who is his heir, and turns sleuth once more to uncover the culprits. First published in 1949, So Bad a Death is is June Wright’s second novel, which she originally planned to call Who Would Murder a Baby? Her publishers demurred, but under any title it’s a worthy sequel to Murder in the Telephone Exchange. Novelist and crime fiction historian Lucy Sussex contributes an introduction to this reissue, which also includes a fascinating interview she conducted with June Wright in 1996.
Buy Kindle Version
Buy Paperback Version 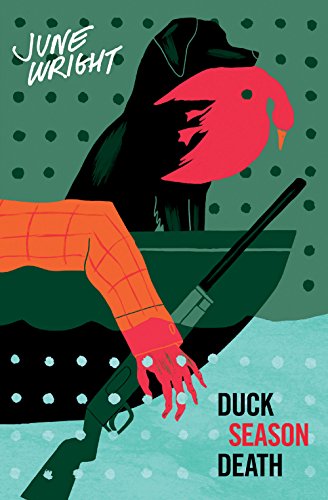 June Wright wrote this lost gem in the mid-1950s, but consigned it to her bottom drawer after her publisher foolishly rejected it. Perhaps it was a little ahead of its time? Because while it’s a tour de force of the classic ‘country house’ murder mystery, it’s also a delightful romp, poking fun at the conventions of the genre. When someone takes advantage of a duck hunt to murder publisher Athol Sefton at a remote hunting inn, it soon turns out that virtually everyone, guests and staff alike, had a good reason for shooting him. Sefton’s nephew Charles thinks he can solve the crime by applying the “rules of the game” he’s absorbed from his years as a reviewer of detective fiction – only the killer evidently isn’t playing by those rules. Duck Season Death is a both a fiendishly clever whodunit and a marvellous entertainment.
Buy Kindle Version
Buy Paperback Version 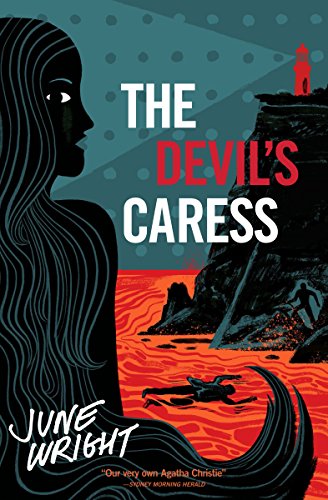 The fourth in Dark Passage’s reissue series of crime mysteries by June Wright, The Devil’s Caress, originally published in 1952, is an tense psychological thriller set on the wild southern coast of the Mornington Peninsula, outside Melbourne. Overworked young medico Marsh Mowbray has been invited to the country home of her revered mentor, Dr. Kate Waring, but it's far from the restful weekend she was hoping for. As storms rage outside, the house on the cliff’s edge seethes with hatred and tension, and two suspicious deaths soon follow. "Doubt is the devil’s caress", one of the characters tells Marsh, as her resolute efforts to get to the bottom of the deaths force her to question everyone's motives, even those of Dr. Kate. This is a classic country house mystery with shades of Agatha Christie, but with the jagged emotional edge of Daphne du Maurier.
Buy Kindle Version 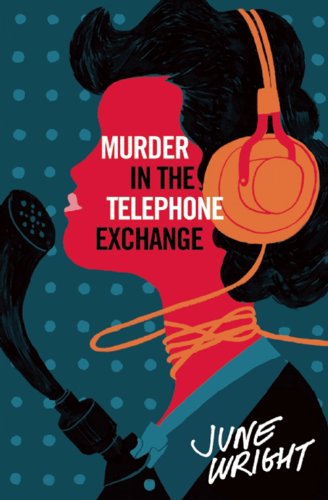 Murder in the Telephone Exchange

First published in 1948, when it was the best-selling mystery of the year in the author’s native Australia, Murder in the Telephone Exchange stars feisty young operator Maggie Byrnes. When one of her more unpopular colleagues is murdered — her head bashed in with a “buttinski,” a piece of equipment used to listen in on phone calls — Maggie resolves to turn sleuth. Some of her coworkers are acting strangely, and Maggie is convinced she has a better chance of figuring out who is responsible for the killing than the rather stolid police team assigned to the case, who seem to think she herself might have had something to do with it. But then one of her friends is murdered too, and it looks like Maggie might be next. Narrated with verve and wit, this is a whodunit in the tradition of Dorothy L. Sayers and Daphne du Maurier, by turns entertaining and suspenseful, and building to a gripping climax.
Buy Kindle Version
Buy Paperback Version
Scroll to top