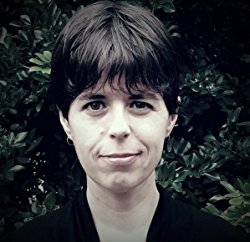 K.A. Krake (Kate Krake) writes speculative fiction and non-fiction for authors.
She is the author of the urban fantasy series Guessing Tales and numerous short science fiction and fantasy pieces.
Kate also writes books on writing under the name Kate Krake.
Kate lives in Brisbane, Australia with her husband, daughter and two beagles. 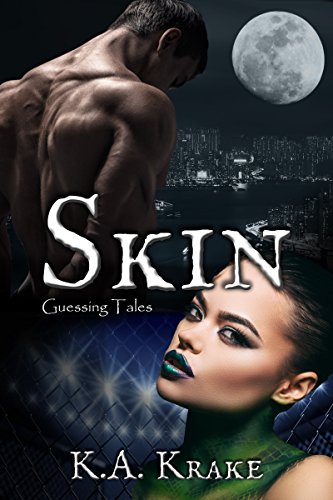 Enter an underground fight club where physical form is worshipped and champions are celebrated in a bizarre arena of bloody violence and supernatural spectacle. Rev despises all things artificial. He holds his life together by sticking to his beliefs: train hard, eat clean, stay natural. But his world begins to crumble. The corporation he blames for his mother's death take his job, then he's left for dead by the Mechs: old men with gleaming steel implants. Rev is saved by the beautiful and intriguing Sveta. She offers him a new life but instead of the romance and serenity he first encounters with her, he finds himself drawn into a strange fight club where champions are celebrated in a bizarre arena of bloody violence. It's a chance for Rev to prove himself, to become the legend he was born to be ... but in this world winning has a cost. How much of himself will he leave behind? Skin is a new tale in the Guessing Tales urban fantasy series, combining science fiction and fantasy to ask, what makes a human body human? What makes a human mind? What makes a champion? And what's left over when all of that is taken away?
Buy Kindle Version 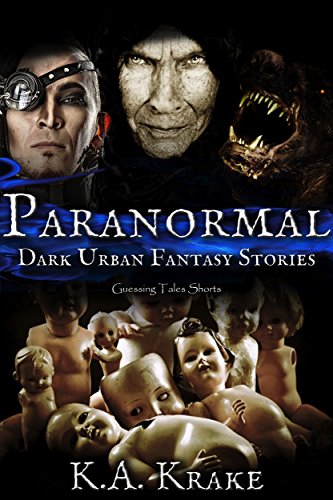 In the pages of this book, you’ll encounter ghosts, dragons, fairies, goddesses and monsters, vampires, psychics, demons, and wizards. A woman struggling to make the most of her cursed life is haunted by her future. A little girl confronts her fears to prove the old man next door is not, as her sister believes, a wicked, soul stealing fae. A restaurant specializing in the flesh of magical beasts goes one dish too far. A politician unleashes a monstrous plague to win an election. An abused wife finds her divine power. A young girl suffers the whims of her drunkard wizard father on a trip to the abandoned zoo. A courier falls into the clutches of a bizarre clockwork vampire. An elderly toy maker who has spent his life cleaning up after the demonic acts of his dolls. A medium author who has grown rich off tales of the dead is threatened by a fellow psychic. Nine dark corners of Guessing, nine stories of wonder, whimsy, and horror. Every story is a macabre fantasy. Every story is an ordinary life, just like yours… until it’s not. Each story in Paranormal can be read as a standalone adventure. Every one takes place in Guessing city and contributes to her tale.
Buy Kindle Version 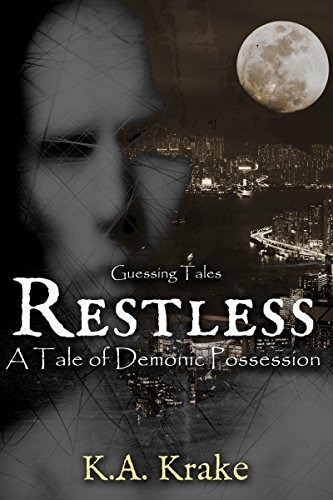 Travis was just looking for an edge. And then he fell right over it. Struggling with the demands of their studies, a group of final year students dabble with an occult solution to staying up all night: a demon that feeds on sleep. When the spell goes awry, Travis takes the demon into himself and glimpses unimaginable power. At a cost. Now he must battle to keep it there, keep it quiet, keep the world safe from the brewing darkness that has fused to his soul. But the demon doesn’t want to stay hidden. It wants a taste of life, a taste of death and Travis finds himself with little choice but to go along for the ride. A dark urban fantasy about possession and responsibility, demons and accepting the darkness inside.
Buy Kindle Version 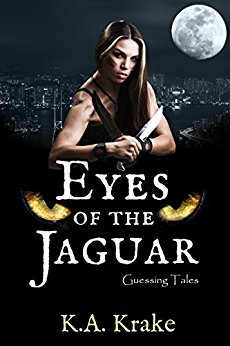 An urban fantasy action drama about self, acceptance and gutting monsters with big knives. Fil is used to the world shutting her down, calling her a freak. Half-cat, alone in the dark streets of Guessing, Fil fights the good fight against creatures of the night, half belonging to their world and not knowing where the other half fits at all. When Fil’s deepest desires for love and connection are met at the same time as her most deadly enemy surfaces, the very nature of the self she has fought so long to discover is brought to the brink. How do you embrace a side of yourself that you know nothing about? What does it mean to be human when your animal self is so much a part of who you are? Can Fil even count herself among the humans? Should she? These are the questions Fil must ask as she battles the minion werewolves and their dangerous new leader, turning to the magic of her allies and giving into the witchcraft she can never trust. Fil risks losing everything to find that one thing she’s always missed: someone just like her.
Buy Kindle Version
Scroll to top