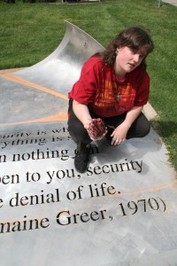 K.J.Taylor was born in Australia in 1986 and plans to stay alive for as long as possible. She went to Radford College and achieved a Bachelor’s Degree in Communications at the University of Canberra, where she returned to obtain a Master of Information Studies in 2012. She now holds down a “real” job as an archivist.

She published her first work, The Land of Bad Fantasy, through Scholastic when she was just 18, and went on to publish The Dark Griffin in Australia and New Zealand five years later. The Griffin’s Flight and The Griffin’s War followed in the same year, and were released in America and Canada in 2011. The Shadow’s Heir, The Shadowed Throne and The Shadow’s Heart have now joined them in both Australia and the US.

K.J.Taylor’s real first name is Katie, but not many people know what the J stands for. She collects movie soundtracks and keeps pet rats, and isn’t quite as angst-ridden as her books might suggest.

She enjoys making (often weird) cuddly toys as a hobby, and sells them privately at conventions.

She can now be found on Facebook and Twitter, despite years of vowing never to appear on either.

Her achievements so far include being named Young Distinguished Alumni of the Year from the University of Canberra in 2011, winning the Critic’s Award that same year, and being shortlisted for the Aurealis Awards in 2009 for The Dark Griffin.

If you’d like to meet K.J.Taylor in person, all of her upcoming public appearances are listed here on the site, on their own page. If you are hoping to invite her to make an appearance at your school, club, or other organisation, she is listed on the Invite-a-Writer site and you can book her through that. 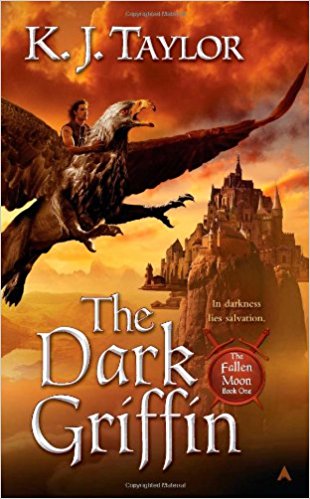 Being chosen as a griffin's companion has allowed Arren Cardockson to gain a place of status within the land of Cymria. But Arren can never escape the prejudice that comes with his Northerner slave origins. For chained within the Arena where rogue griffins battle to entertain the crowds, there lies another soul crying out to be freed-a kindred spirit that will allow Arren to fulfill his destiny and release the darkness in his heart.
Buy Kindle Version
Buy Paperback Version
Scroll to top