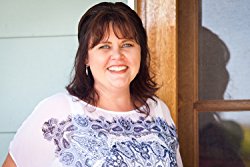 Karly Lane lives on the beautiful Mid North Coast of NSW in Australia. A certified small town girl, she is most happy in a little town where everyone knows who your grandparents were. She writes women’s fiction – everything from romantic suspense to family sagas and life in rural Australia.
Writing Australian rural fiction under Karly Lane and romantic suspense under Karlene Blakemore-Mowle. 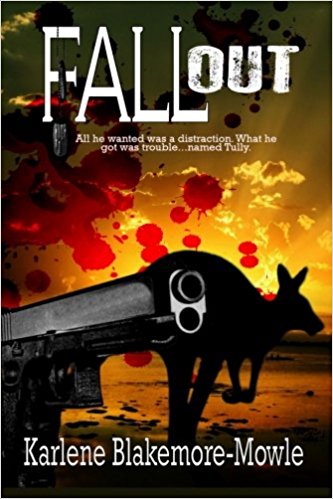 Risking their lives for others is second nature, but can they trust each other enough to risk their hearts? Tully Chambers is no damsel in distress. An up and coming detective, she had her sights set on promotion until the day her partner was murdered and she ended up on the run from the mob. Jake Holden has demons of his own. Having served his country for over twenty years, he’s found himself wounded, alone, and without a plan for his future. What starts as a simple diversion—figuring out the feisty little waitress next door—turns out to be his most dangerous mission yet. From the tropics of Far North Queensland to the rugged interior of Northern Territory in Australia, two modern-day warriors discover their greatest fear isn’t that of a madman’s revenge–but of laying their hearts on the line for love.
Buy Paperback Version 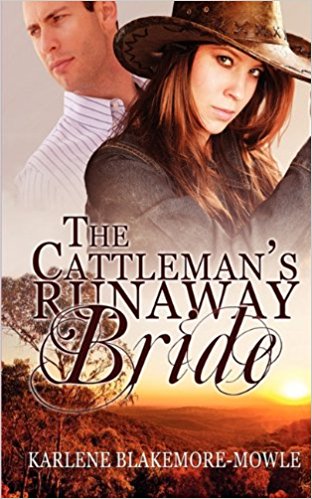 He wants to be her future, but can she forgive the past? They say you should move on from your mistakes... but what happens when that mistake won't take no for an answer?
Buy Kindle Version 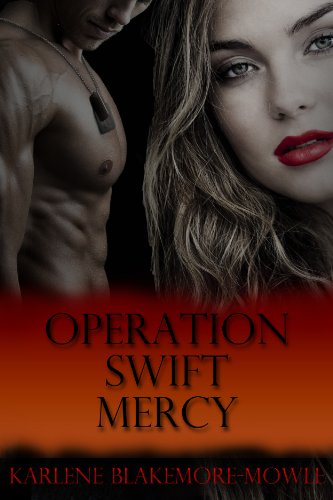 She needed help…someone brave…someone tough…someone like a rough and ready Marine. When Mercy D’Silva, discovered her ex-boyfriend was behind an elaborate people smuggling movement, life as she once knew it, ended abruptly. Finding herself on the run with no idea who to turn to for help, her days seemed numbered. For Chase Maloney, everyone around him seemed to be moving on, while he was simply marking time. When he decided to take a short break from groomsmen duties to go fishing, the last thing he expected to catch was a beautiful woman! It wasn’t in his nature to turn his back on anyone in distress—especially not a woman… and especially not one who made him want to rethink his entire future. But protecting Mercy would prove somewhat difficult when she fought him every step of the way to keep him from getting mixed up in her problems. Can they outrun a vicious killer, and hand over the evidence to convict him, in time? Or will he find them first and inflict swift vengeance?
Buy Kindle Version
Buy Paperback Version 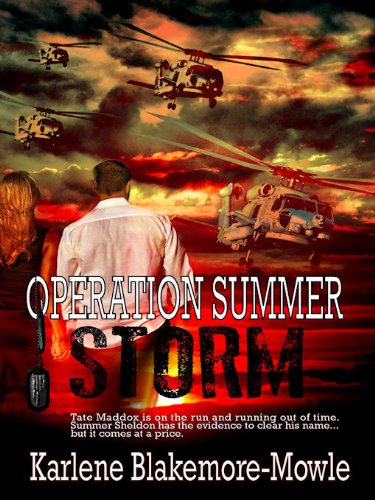 Tate Maddox is on the run and running out of time. Summer Sheldon has the evidence to clear his name—but it comes at a price. Summer’s sister has been kidnapped and Tate must go on one last mission to rescue her—or the evidence disappears…along with his last chance at freedom. There’s only one way for either of them to get what they want and that is to work together, but how can he trust a blackmailer? How far will she go to save the only family she has left?
Buy Kindle Version
Buy Paperback Version 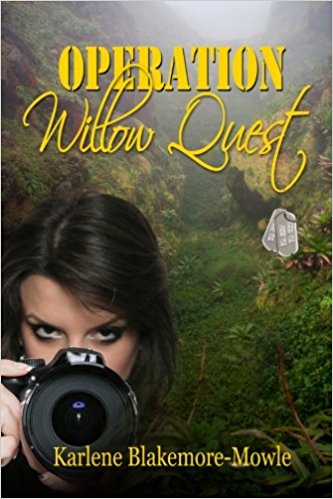 Peter Delaware is a man on a mission. His job is to save Willow Sheldon’s delectable but antagonizing butt before she gets herself killed. Unfortunately, she has no intention of making his job easy. Willow Sheldon has a habit of finding trouble. As a photojournalist, her job has often taken her to some dangerous places, but when Peter ‘Del’ Delaware comes to her rescue, suddenly it’s no longer the hostile environment posing the greatest threat to her safety. On the trail of an elusive weapons dealer, Willow is determined to bring the man responsible for the nightmare of her past to justice. If in doing so she also gets the scoop of the decade, then all the better. From the tropics of the south pacific to the jungles of South America, these two unlikely allies must learn to let down their defenses in order to make it out alive.
Buy Paperback Version 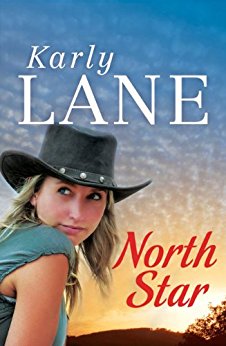 Since her divorce a year ago, Kate Thurston feels like she's lurched from one disaster to another. Her teenage daughter, Georgia, seems to have morphed into a monster overnight, and her son Liam breaks her heart with his sad brown eyes. When Kate receives news that her grandfather has bequeathed her North Star, the vast property that has been in her family for generations, it feels like the perfect opportunity to flee the hectic pace of city life for a calmer rural existence. As soon as she arrives at North Star, however, Kate realises she's going to need every ounce of determination to restore the rundown homestead to its former glory and fulfil her dream of turning it into a bush retreat. And as for the farm, well it's in utter disarray. As she starts to make headway with the homestead's restoration and falls for a local bloke, Kate finally feels like life is going right for her. Then her ex-husband comes to town and triggers a series of events that will change her life forever .
Buy Kindle Version
Buy Paperback Version 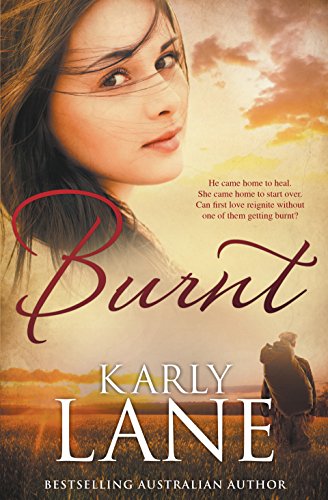 He came home to heal. She came home to start over. Can first love reignite without one of them getting burnt? Sebastian Taylor and Rebecca Whiteman were country town high school sweethearts dreaming of a future together when an accident one night forever changed their destiny... Eighteen years after the tragedy, newly divorced Rebecca returns to the small town she left behind, to start a new life. Seb, now an elite SAS soldier in the Australian Army, arrives home to his farm, injured and grieving, to face a town that hasn’t forgotten and a father who has never understood him. Rebecca has enough problems of her own without adding Seb Taylor to the mix: a failed marriage, two children to support and a persistent mysterious caller. The last thing she needs is her first love making a sudden reappearance in her life. Seb doesn’t want to get mixed up in Rebecca's life. He came home to heal his wounds, both old and new, but can he do it without getting burnt?
Buy Kindle Version 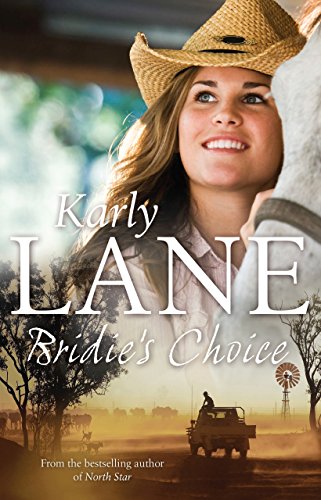 Bridie Farrell and Shaun Broderick come from opposite sides of the tracks. But unlike Bridie's family, who are perennial strugglers, the Brodericks are the wealthy owners of Jinjulu - one of the most prestigious properties in the district. All her life, Bridie has longed to leave the small town she grew up in but time after time family responsibilities have kept her anchored there. Meanwhile, Shaun's dream of taking over the management of Jinjulu is dashed by his dictatorial father who tries to rule Shaun's life both on and off the farm. The Brodericks are dismayed when Shaun falls in love with 'that Farrell girl', whom they deem unsuitable. And they don't just make their feelings clear to Shaun but to Bridie as well. Faced with a choice, Bridie must decide whether to turn her back on her heart or her dreams in order to make the biggest decision of her life. . .
Buy Kindle Version
Buy Paperback Version 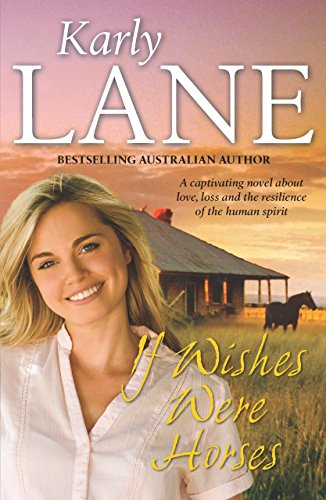 If Wishes Were Horses

Already struggling to come to terms with the tragic death of her husband, Sophie Bryant nearly loses her own life while attending a domestic dispute as a paramedic. Diagnosed with a mild form of post-traumatic stress disorder, Sophie decides to accept a posting to the remote township of Hilsons Ridge. Soon after her arrival, Sophie decides on a whim to buy an old house on the outskirts of town. There, she discovers the diary of a light horse trooper from the First World War, which she finds fascinating. Local vet, Zac Conway, is also struggling in the wake of losing his life partner. So when Sophie brings an abandoned horse to him for treatment and they get to know each other, Zac is surprised to feel emotions he never hoped to experience again. The peace and tranquillity of living in her new community sees Sophie gradually recovering from her trauma and grief. As she discovers more about her farm's history, she realises that the past and the present are irrevocably connected and, just like love, it waits for the right person to come along to unlock its secrets.
Buy Kindle Version
Buy Paperback Version 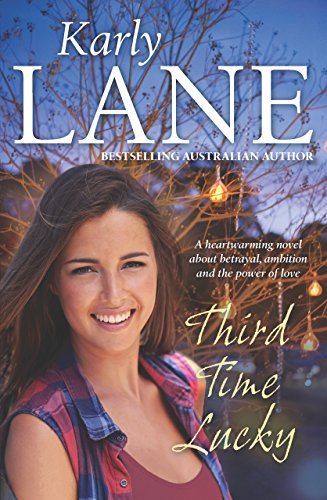 After a disastrous marriage, December Doyle has returned to her home town to try to pick up the pieces of her life and start again. She's also intent on helping breathe new life into the Christmas Creek township, so the last thing she needs is trouble. Bad boy Seth Hunter has also returned to Christmas Creek, and trouble is his middle name. Wrongly convicted of a serious crime in his youth, Seth is now a successful businessman, but he's intent on settling some old scores. As teenagers, December and Seth were madly in love, and seeing each other again reawakens past feelings. But will Seth be able to overcome his destructive anger about the past, and can December conquer her fear of heartbreak to make their relationship third time lucky?
Buy Kindle Version
Buy Paperback Version 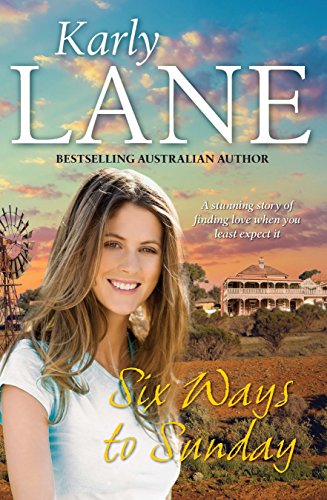 When city naturopath Rilee Summers meets gorgeous farmer Dan Kincaid, sparks fly. A whirlwind romance follows, and the next thing Rilee knows she's married and living on her husband's family property in a small rural community. Never one to shy from a challenge, Rilee is determined to win over her in-laws and the townsfolk of nearby Pallaburra, but her city ways and outspoken views only seem to alienate her further. Opening her own naturopathy practice has always been her dream. Although Pallaburra isn't Sydney, and despite the fact she's not exactly inundated with new clients, she's not ready to give up. Things get even worse for Rilee when she champions the issue of teen pregnancies in the deeply conservative town. Worn down by the ill-will towards her and what she sees as Dan's lack of support, Rilee flees the station to think about the future. Can her marriage survive - or is she destined to leave Dan and move back to the city? Six Ways to Sunday is a rip-roaring tale about a woman determined to stand up for her convictions even at the risk of jeopardising the future she envisaged with the man she loves.
Buy Kindle Version
Scroll to top