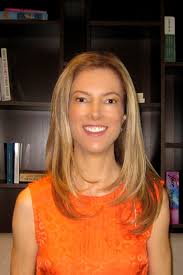 After graduating in journalism from RMIT University in Melbourne, Kathryn covered stories across the globe for both television and print.

Hotel Kerobokan
During the interviews with Schapelle, Kathryn spent hundreds of hours inside Bali’s notorious Kerobokan Prison and after witnessing this bizarre, corrupt and violent world up close, decided the jail could star in its own book.

Kathryn returned to Bali for another 18 months, spending more time in jail and doing hundreds of interviews with prisoners, past and present, including; the King of Denpasar – who stabbed his brother to death with a sword; a Javanese hit man who cut off a man’s head then rode with it dangling in a plastic bag from his motorbike before feeding it to fish (he kept the knife in Hotel K under his mattress), Bali Nine heroin traffickers – two now executed; Gordon Ramsay’s heroin addicted brother Ronnie; surfers on extended holidays. Kathryn also interviewed jail guards and the prison’s security chief.

Hotel K exposes sex, violence and bizarre corruption, such as prisoners paying for days out at the beach with guards wearing the prisoner’s board shorts, widespread drugs inside the jail with guards on the dealers’ payrolls and wild sex nights.

Snowing in Bali
Kathryn followed these first two books with Snowing in Bali breaking the story of how drugs are trafficked to the island in surfboards, windsurf booms and other sports equipment. Through her connections from the first two books, Kathryn gained unprecedented access to the world of Bali’s biggest drug bosses. Many of the drug dealers had read Hotel K and liked it, and most importantly, it proved Kathryn wasn’t an undercover cop. The bosses agreed to be interviewed, some western, some local – opening up over months of recorded interviews with graphic details of orgies in luxury villas, the secrets of trafficking drugs and busts in Sweden, Brazil, Bali and Amsterdam. Two of the cocaine traffickers she interviewed, Marco Archer Moreira and Rodrigo Gularte, were executed by firing squad in 2015.

Operation Playboy is Kathryn’s latest book which tells both sides of the story; the international police hunt for the playboys carrying cocaine across the globe. 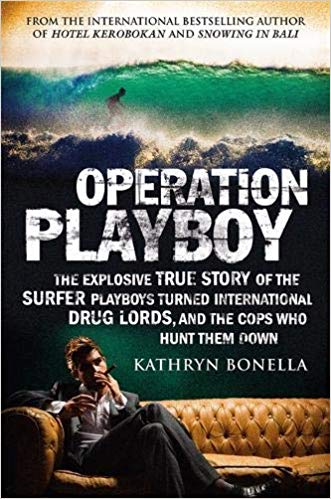 FROM THE ACCLAIMED AUTHOR OF BESTSELLERS HOTEL KEROBOKAN AND SNOWING IN BALI This is the adrenaline-pumping story of the world's most audacious drug runners and the police hunt, 'Operation Playboy', to track them down. These drug-running playboys travel the globe: they ski in Europe, surf in Bali, hook up with celebrity models and live in five-star hotels. They are 24/7 party boys with brass balls, steely nerves and reckless ambitions. They pay for their high-risk, hedonistic lifestyle by trafficking cocaine, ecstasy and marijuana on international flights and through the world's biggest airports. But to ride the wave you have to roll the dice. And in this game a bust means prison - or even a firing squad. A Brazilian cop is watching closely, determined to close the net. With a small team, he battles corrupt colleagues and bent judges to learn the secrets of the playboys and bring about their downfall. Celebrated true-crime writer and journalist Kathryn Bonella has travelled the world to collect first-person testimony from an international network of mules and their bosses, as well as from the elite cops who are hot on their trail. The result is a page-turning, white-knuckle thriller - the true story of a manhunt codenamed OPERATION PLAYBOY.
Buy Paperback Version
Scroll to top