Kathryn Fox is a medical practitioner with a special interest in forensic medicine. She has worked as a family physician, medical journalist and freelance writer. Her debut novel, Malicious Intent, received international acclaim and won the 2005 Davitt award for Best Crime Novel. Her books have been translated into over a dozen languages. 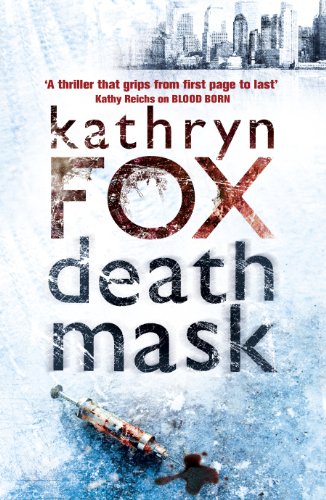 When the victim of a violent gang rape accuses five premier sportsmen of being her attackers, she has no idea that her suffering has only just begun.It's a scandal that rock a nation of sports fans.But, in spite of a huge amount of evidence, no one seems to believe the girl.So when Dr Anya Crichton, with her forensic and sexual assault expertise, is asked to get involved, albeit on behalf of the team managers, she knows she can't say no.But as she investigates further, she realises that the scandals, violence and abuses run much deeper, and much further into the past than she could ever have imagined.
Buy Kindle Version
Buy Paperback Version 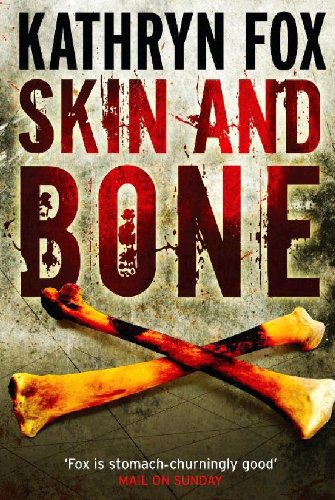 The corpse of a young woman is found bludgeoned, frozen and burnt to death. Then the post-mortem reveals that she recently gave birth. And evidence suggests the baby may still be alive. Detective Kate Farrer must find the missing newborn if it’s going to have any chance of surviving. And catch the dead woman’s murderer before her own personal demons overwhelm her...
Buy Kindle Version
Buy Paperback Version 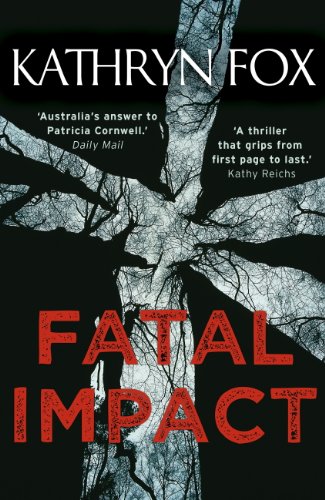 THE SEVENTH CRIME NOVEL IN THE BRILLIANT ANYA CRICHTON SERIES - A SERIOUS RIVAL TO PATRICIA CORNWELL'S DR KAY SCARPETTA. When forensic pathologist Dr Anya Crichton finds a dead child covered in blood and stuffed into a toy box, her thoughts immediately turn to murder. Then the post mortem reveals that the girl died from a deadly bacterial infection brought on by food poisoning. But does that mean Anya can rule out foul play? Anya was only meant to be in Tasmania for a conference and to visit her mother, but when more people fall sick, including her father's cousin, Anya becomes intimately involved in the case. At the same time, her mother - with whom Anya has always had a difficult relationship ever since her little sister Miriam went missing thirty years ago - is acting strangely, talking about conspiracies and exhibiting classic signs of dementia. As Anya deals with her increasingly paranoid mother, she is also racing to discover the source of the fatal bacterial infection. But Anya's investigations into the close-knit Tasmanian agricultural community where the contaminated food originated soon put her in grave danger as someone tries to kill her. As the deaths pile up, Anya's search leads her to an old murder case, and soon it becomes clear that her own family is closer to danger than ever before. But will Anya be able to discover the truth behind the poisoning and unmask the killer in time to save them, and herself?
Buy Kindle Version
Buy Paperback Version 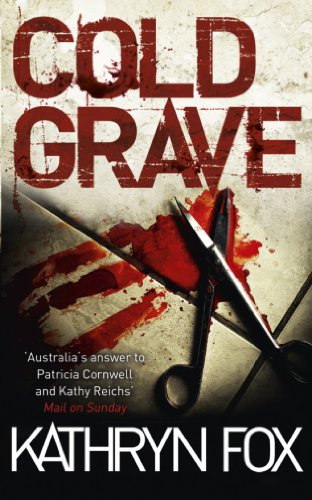 The sixth Anya Crichton thriller in a series to rival Patricia Cornwell's Kay Scarpetta books. It feels like the safest place on earth. A family-friendly, floating palace. But, as Anya Crichton soon discovers, cruise ships aren't all that they seem... Statistics tell us that a woman is twice as likely to be sexually assaulted on a cruise ship than on dry land. Customers aren't screened, so the ships are a haven for sex offenders and paedophiles. With no policing, and floating in international waters, sexual assaults and passengers 'disappearing' are uncommonly frequent... So when a teenage girl is discovered, dead on the deck of the ship that she is holidaying on, Anya feels compelled to get involved. There's no apparent cause of death, but Anya's forensics expertise uncovers more than the ship's doctors can... or want to. With the killer still on board, and subsequently a crew-member found shot, it becomes clear that the safe haven of the cruise-ship is actually anything but. And, as Anya comes under increasing pressure to abandon her investigations, will she continue? Or do whatever it takes to keep her own family safe? The sixth book to feature forensic pathologist Anya Crichton is perfect for fans of Patricia Cornwell and Kathy Reichs.
Buy Kindle Version
Buy Paperback Version 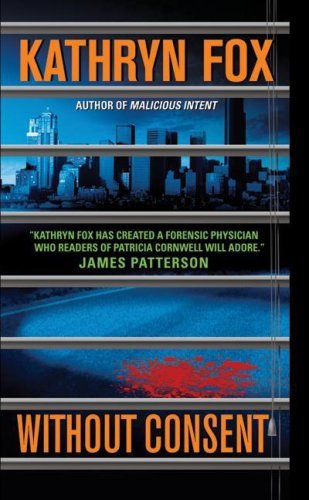 Forensic pathologist and physician, Dr. Anya Crichton does not just examine the dead. She also treats survivors of sexual assault, and the women she now sees compel her to follow the trail of a violent serial rapist—who is becoming more brutal with each attack. When two new victims are stabbed to death, suspicion immediately falls on Geoffrey Willard, recently released from twenty years in prison for the vicious rape and murder of a teenage girl. As the community demands justice, Anya faces the greatest ethical dilemma of her career. If Willard is innocent, her forensic evidence will destroy a respected pathologist's reputation. If Anya is wrong, she has ensured not only that a seasoned killer goes free, but that he remains unstoppable. Only the killer knows a mistake has been made. One that is about to prove fatal . . .
Buy Kindle Version
Buy Paperback Version 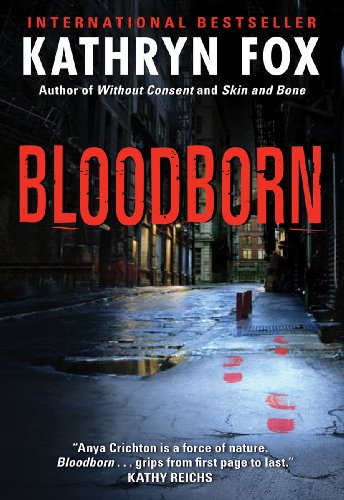 “Kathryn Fox has created a forensic physician who readers of Patricia Cornwell will adore.” —James Patterson Dr. Anya Crichton, the protagonist of Kathryn Fox’s critically acclaimed thrillers Without Consent and Malicious Intent returns in Bloodborn, a spellbinding new masterwork of crime fiction that fans of C.S.I. and Bones will adore. New York Times bestseller Kathy Reichs raves, “Like Fox, her creator, Anya Crichton is a force of nature. Bloodborn is a medical thriller that grips from first page to last.” Gritty and powerful, Bloodborn plunges Anya into her most explosive and dangerous investigation of all, as she confronts a seemingly untouchable family of criminals responsible for a series of savage and shocking murders.
Buy Kindle Version
Buy Paperback Version 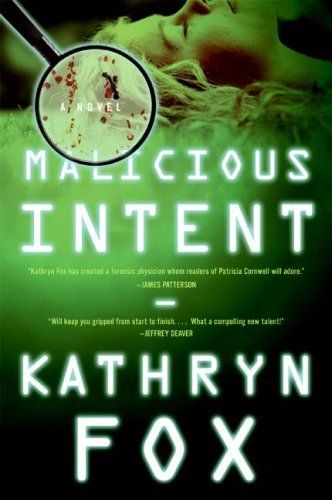 A gripping and powerful new thriller -- the debut of a stunning new voice in suspense fiction -- and the first appearance of a tough and remarkable investigator, pathologist, and forensic physician, Dr. Anya Crichton. The only female freelancer in the male-dominated field, pathologist Dr. Anya Crichton will take any work she can find to pay child support and her mortgage, get her new business off the ground, and battle her ex-husband for custody of their three-year-old son. Things turn around rapidly, however, when her expert forensic evidence is instrumental in winning a high-profile case -- and new work offers start pouring in. But Anya's investigation into the drug overdose of a young Lebanese girl is raising troubling questions. Startling coincidences between this sad and tragic death and a series of seemingly unrelated suicides that Anya is also examining at the urging of her friend and colleague, detective sergeant Kate Farrer, suggest that there's a monumental evil at work in the shadows. With each scalpel cut, Anya Crichton's forensic prowess and deductive brilliance are pulling her relentlessly toward a sinister plot and a devastating truth -- and once she enters the lethal darkness, she may never again see the light of day.
Buy Kindle Version
Buy Paperback Version
Scroll to top