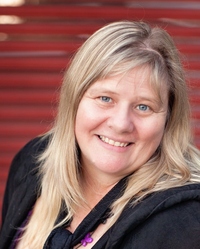 Kathryn Gossow has been writing and publishing short and flash fiction in a variety of genres since 2006. Her debut novel Cassandra was a finalist in the Australian Aurealis Awards for Best Fantasy Novel in 2017 and is published by Odyssey Books. She won an ASA Mentorship, was nominated for a Pushcart Prize and won a commendation for Flash Fiction from Australia Horror Writers' Association.

Kathryn is a regular blogger and sometimes gardener of her two-acre garden in a pocket of the Brisbane River. When she is writing, her garden is a mess. When she is gardening, she forgets to write. It seems she cannot have both. She writes for that elusive feeling when she gets into the zone and there is nothing else in the world but her and the words that tumble onto the page. She gardens for the tomatoes. Her short fiction has appeared in the Gingerbread House, Black Magazine, AntipodeanSF, Diddle Dog, elimae, Salome Magazine, among other publications. 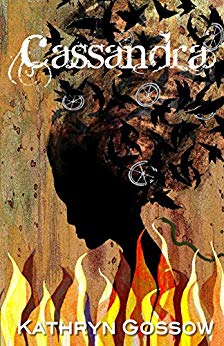 Is the future set like concrete, or a piece of clay we can mould and change? On a remote farm in Queensland Cassie Shultz feels useless. Her perfect brother Alex has an uncanny ability to predict the weather, and the fortunes of the entire family hinge upon his forecasts. However, her own gift for prophecy remains frustratingly obscure. Attempts to help her family usually result in failure. After meeting with her new genius neighbor Athena, Cassie thinks she has unlocked the secret of her powers. But as her visions grow more vivid, she learns that the cost of honing her gift may be her sanity. With her family breaking apart, the future hurtles towards Cassie faster than she can comprehend it. Shortlisted for Best Fantasy Novel 2017 in the Australian Aurealis Awards.
Buy Kindle Version
Buy Paperback Version
Scroll to top