Richards has written a series of crime novels and thrillers for adult readers which includes The Case of the Vanishing Corpse, Death in Egypt and An Outbreak of Darkness.

Richards presented ABC NewsRadio's weekend afternoons, which included regular Wordwatch segments until 15 August 2010. Wordwatch was a feature introduced by Richards. Initially developed as a "filler" program for the radio programs to allow time for changes of people or locations, it tapped into an interest by the listening public and several books have been produced based on the show's research. In November 2003 the thousandth episode of the show was produced.

He is a lay canon at St Andrew’s Cathedral, Sydney, and the author of the Aussie Bible, which has sold over 100,000 copies. This book translates sections of the Bible into Australian vernacular ('strine'). 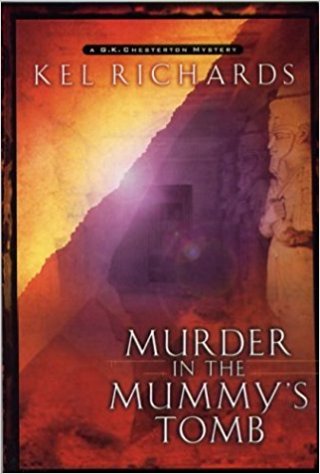 The year is 1919. An expedition led by famed archeologist, Professor Henry Fell, approaches an ancient Egyptian tomb deep inside solid rock--sealed from the outside world though long centuries. The international exploration team, which includes the popular British author, G.K. Chesterton, enters the burial chamber. Who would do such a thing?The sarcophagus is opened--but what they discover inside is not a three-thousand-year-old mummy but a freshly murdered corpse.Was it Sir Edward Narracourt, Fell's archrival who would like nothing better than to discredit the professor's work? Or Mamur Zapt, an escaped convict and revolutionary leader who is a member of the team only because of his knowledge of the geography? What about Elliot Jones, a journalist desperate to make name for himself? Or Colonel Race, the eccentric and secretive member of the party who formerly served in British Military Intelligence?
Buy Paperback Version 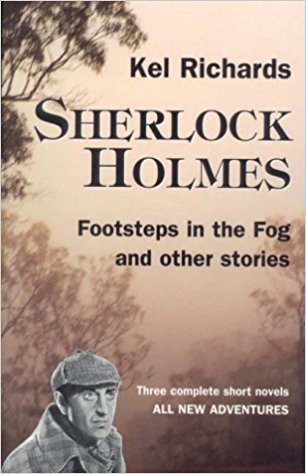 Sherlock Holmes: Footsteps in the fog and other stories

The Waters of Death': Something ancient and mysterious lurks beneath the inky waters of Loch Ness--where the top secret Bruce-Partington submarine is being tested. What has Sherlock Holmes been called in to investigate? Sabotage by spies? Or something far stranger? 'Footsteps in the Fog': The evil Colonel Sebastian Moran has escaped from a prison for the criminally insane and is hunting Sherlock Holmes--hunting to kill! At the same time Holmes has joined forces with Professor Challenger to solve the mysterious Fog Murders on Baker Street. 'The Wolfman of Dartmoor': Sherlock Holmes and Dr. Watson return to the treacherous mines and bogs of Dartmoor (where they had encountered the Hound of the Baskervilles). This time they are hunting a local superstition--a man who can become a wolf!
Buy Paperback Version
Scroll to top