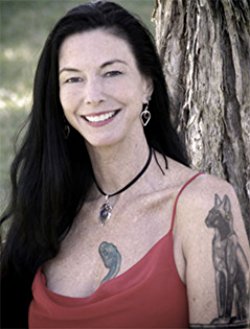 Kim Falconer is a bestselling speculative fiction author with nine published novels. Her work is described as contemporary and ancient, dark and compelling, humorous, romantic, provocative, and supercharged with blockbuster action. Originally from California, she lives on the far eastern coast of Australia with a house full of kids, and one extraordinary spotted cat.

Along with her author websites, she runs Good Vibe Astrology, trains with a sword and has recently completed a Masters Degree. As an eternal student, she has studied everything from Jungian psychology to quantum physics theory and marine biology to socio-technology and web design. Her favourite pastimes, besides daydreaming, include meditation, yoga, organic gardening and weight training. Her novel writing is done in the early hours of the morning. 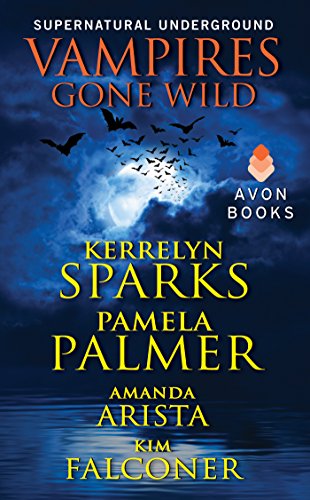 Vampires Gone Wild brings together four paranormal romance novellas by Kerrelyn Sparks, Pamela Palmer, Amanda Arista, and Kim Falconer, authors and bloggers at Supernatural Underground. Kerrelyn Sparks's demure Pamela and sexy vampire sidekick battle the Malcontents in "V is for Vampwoman." Kim Falconer's aqueous San Francisco vampires in "Blood and Water" want nothing from "landers" -- unless it's dinner, but that's until Stellan meets Angelina. Pamela Palmer carries readers to Vamp City in "A Forever Love" where trapped Lukas pines for his lost love. When she appears, Lukas will fight to keep her alive. It's been a hundred years since Valiance has dated; all is great until they're attacked, but quiet Esme will shock Valiance in Amanda Arista's "First Dates Are from Hell."
Buy Kindle Version 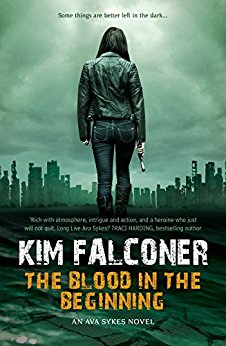 The Blood In The Beginning

Knock down, kickass nightclub bouncer Ava Sykes takes us deep into a dystopian world and out the other side in this dark and gritty, high–action urban fantasy Some things are better left in the dark . . . Undergraduate by day, bouncer by night, Ava Sykes is just trying to make her way in New LA, a city recovering in the ‘Aftermath' the time after an earthquake tore the country apart. Ava studies hard, trains at the local dojo, and teaches kids self–defence. Sure, she has a rare blood disorder and a stolen identity, but who doesn't keep a few secrets these days? Life is tough, but when Ava takes a job at the trendy new club, Poseidon, her financial worries seem to be over.Then the evil wakes up.After stumbling into the VIP area of the club, where humans are on the menu, Ava is attacked in the street, and finds herself in the hospital, trying to put the pieces together. The bizarre hallucinations aren't helping, and neither is Dr. Miguel Rossi, the man who claims to know more about her origins than she does. Shocked to the core at the discovery, Ava begins a search for her birth mother – and the truth – but with a copycat killer on her tail, the attractive and powerful Daniel Bane offering to protect her and a doctor bent on unravelling her mysterious ‘condition', the facts are hard to pin down. Meanwhile, the ‘otherness' in her blood makes her increasingly irresistible to all the wrong people. Ava used to dream of knowing where she came from but faced with the truth, she'd give anything to forget.
Buy Paperback Version
Scroll to top